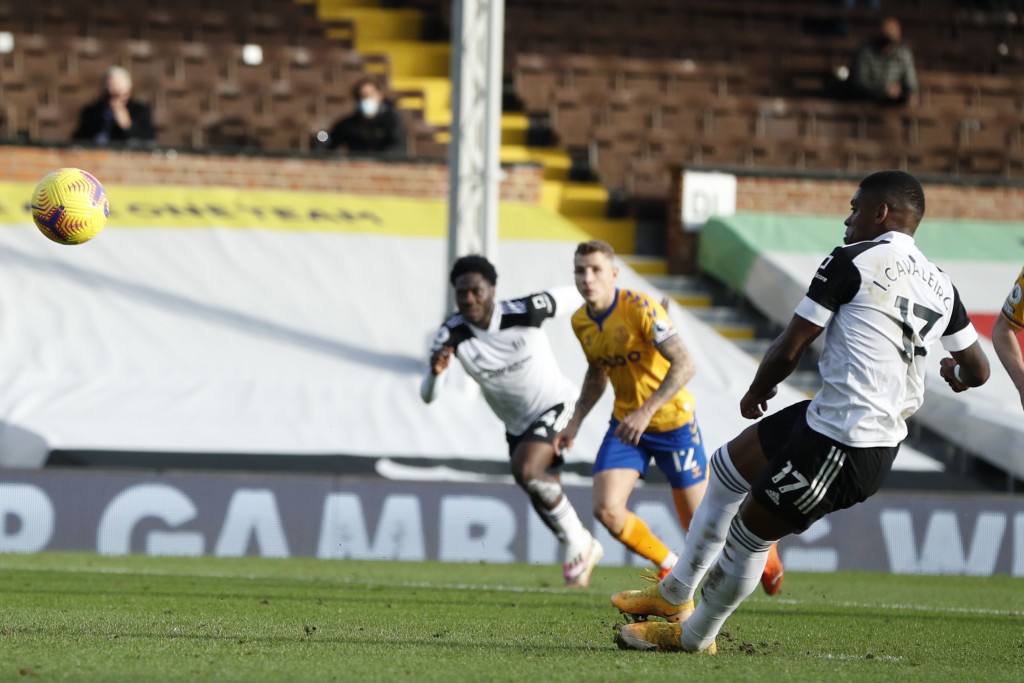 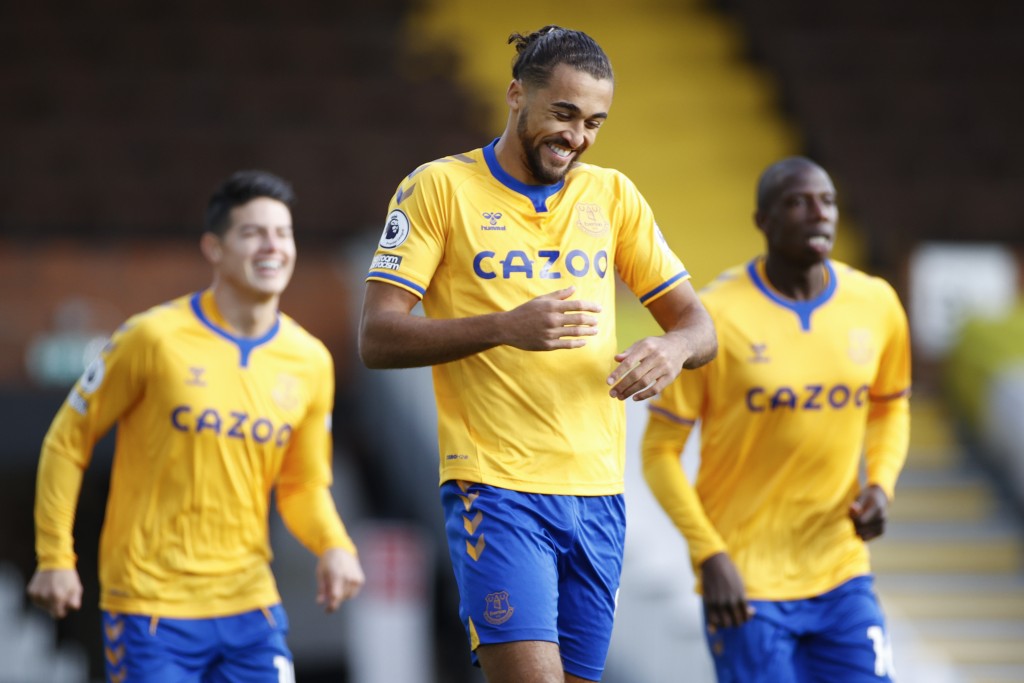 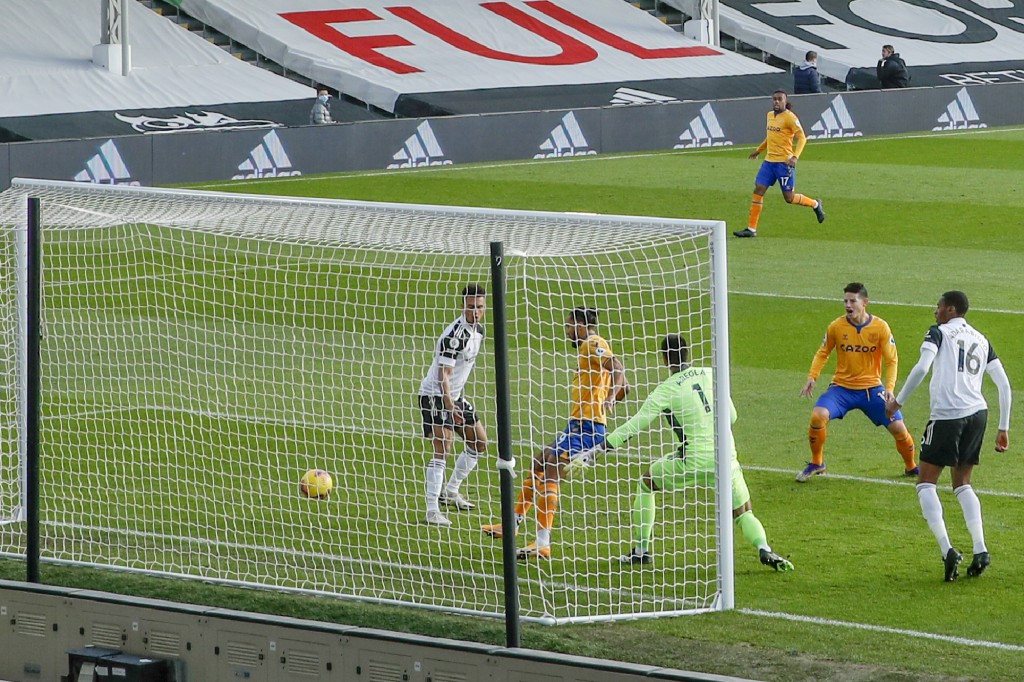 LONDON (AP) — Aided by another embarrassing missed penalty by Fulham, Everton ended its three-match losing streak in the Premier League with a 3-2 win on Sunday as Dominic Calvert-Lewin scored twice to continue his brilliant start to the season.

Two weeks after Ademola Lookman failed with a scuffed, injury-time “Panenka” penalty at West Ham, Ivan Cavaleiro took over spot-kick duties for Fulham but slipped as he attempted his shot, kicked the ball against his standing foot and saw it loop over the crossbar.

Everton was leading 3-1 at the time and although Fulham set up a tense finale with a second goal in the 70th minute by Ruben Loftus-Cheek, the visitors held on to return to winning ways after losses to Southampton, Newcastle and Manchester United.

Calvert-Lewin has scored 10 goals this season — the most in the league — after striking 42 seconds in and again in the 29th minute following an equalizer by Bobby De Cordova-Reid.

Abdoulaye Doucoure headed in a cross from Lucas Digne for his first goal for Everton to put the team 3-1 ahead in the 35th.

Everton started the season with four straight wins but hadn't won any of its previous four games.