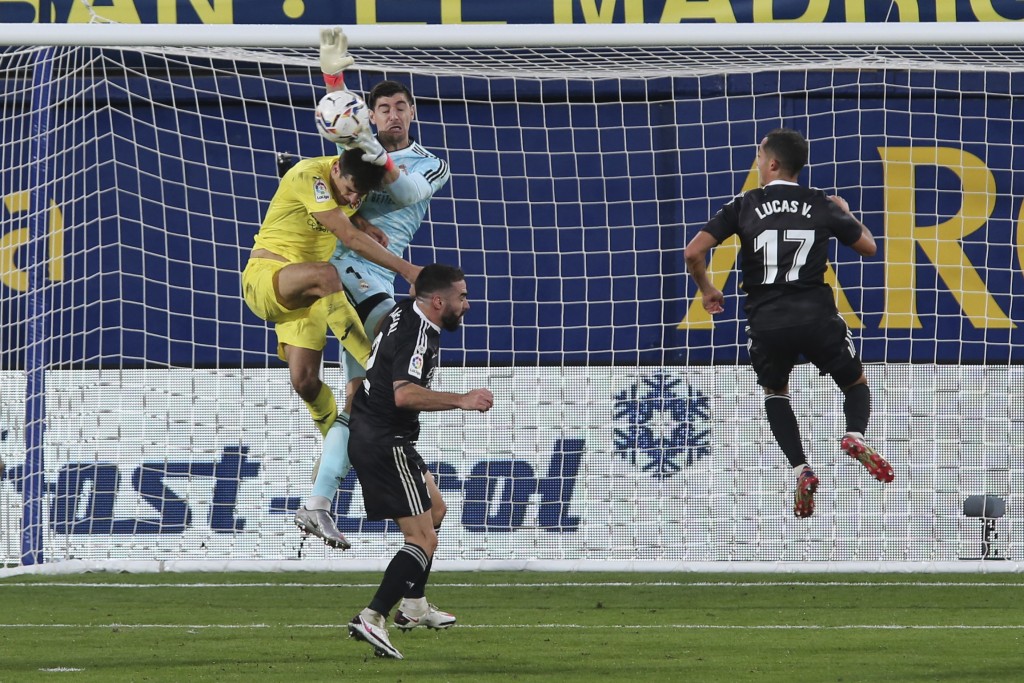 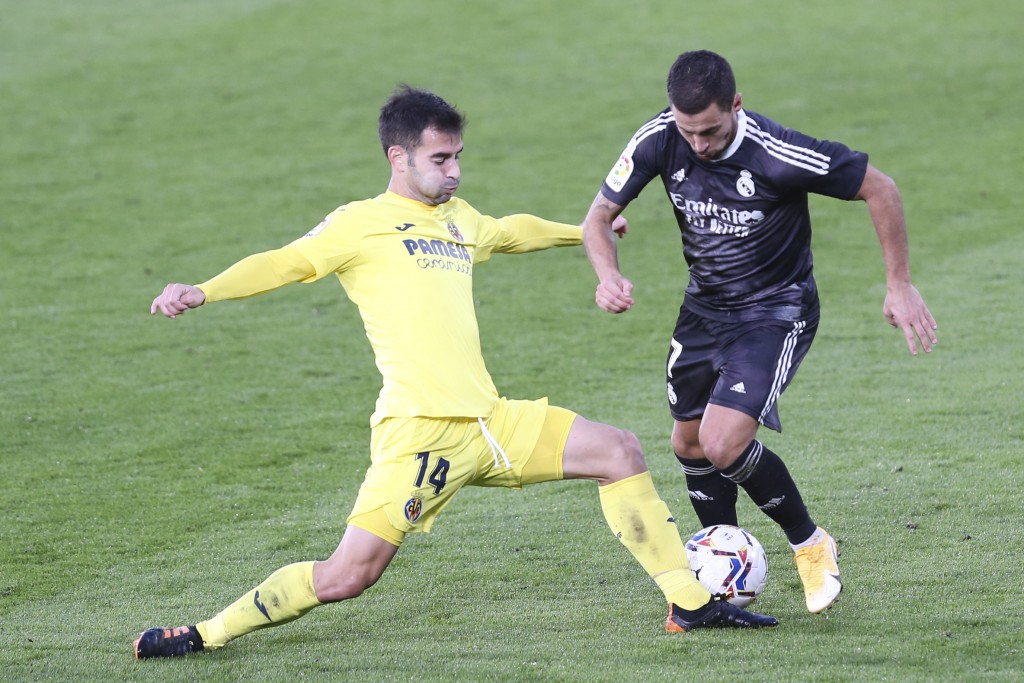 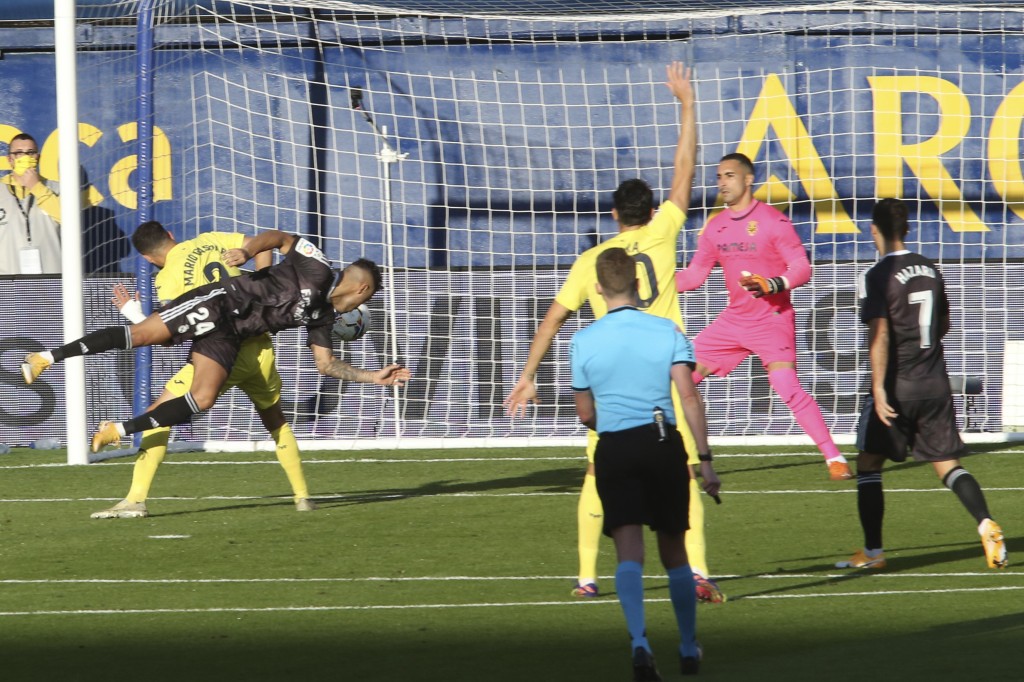 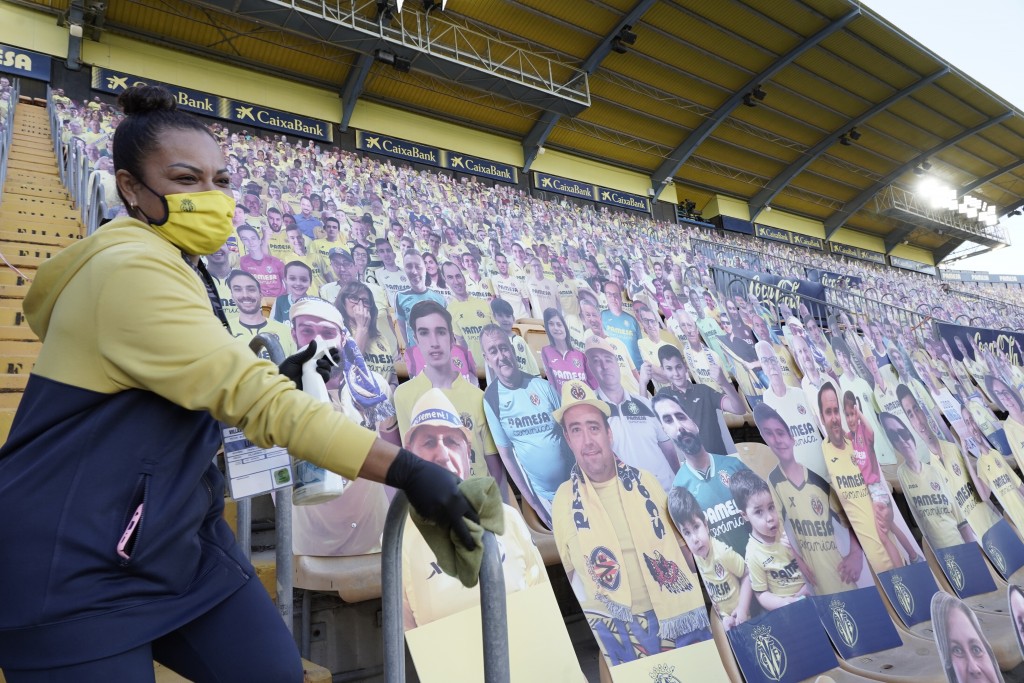 BARCELONA, Spain (AP) — Debilitated by injuries and coronavirus infections, Real Madrid dropped points for the second consecutive round in the Spanish league on Saturday when it drew 1-1 at Villarreal.

Without Sergio Ramos’ leadership and Karim Benzema’s scoring touch, Zinedine Zidane’s Madrid had to hold on for a point at El Estadio de la Cerámica.

Madrid made a promising start when rarely used striker Mariano Díaz did well to head in a cross from Dani Carvajal three minutes after kickoff.

Madrid controlled the rest of the first half, but Unai Emery’s Villarreal improved after the restart.

After Dani Parejo and Gerard Moreno had both gone close with shots, Emery sent on Samuel Chukwueze and Pervis Estupiñán. The reinforcements linked up to produce the equalizer when Estupiñán sent a long ball into the box to meet Chukwueze’s run, and Courtois rushed out and swept Chukwueze off his feet. Moreno stepped up to fire the resulting penalty past Courtois in the 76th.

Villarreal searched for the winner but had to settle for the point that kept them in second place and unbeaten at home this campaign.

“Drawing with the defending champions can leave you satisfied, but the way we were playing left me with the feeling that the game was ours to win,” Emery said.

Villarreal, which was without injured striker Paco Alcácer, is one point behind leader Real Sociedad, which plays Cádiz on Sunday.

Madrid was missing Ramos, Benzema and Federico Valverde because of injury. Casemiro, Éder Militão and Luka Jovic were unavailable after testing positive for the coronavirus. But it still had a starting 11 including Eden Hazard, Luka Modric, and Toni Kroos, and Zidane used Francisco “Isco” Alarcón and Marco Asensio as substitutes.

Madrid, which lost 4-1 at Valencia in the previous round before last week’s international break, stayed in fourth place with a game in hand.

Vaclik denied Santi Mina from close range before Sevilla pushed for a winner.

Sergio Escudero's long shot took a deflection off a defender and looped over Celta 'keeper Ruben Blanco in the 85th. Munir El Haddadi got a fourth goal after his strike also hit a defender to fool Blanco.