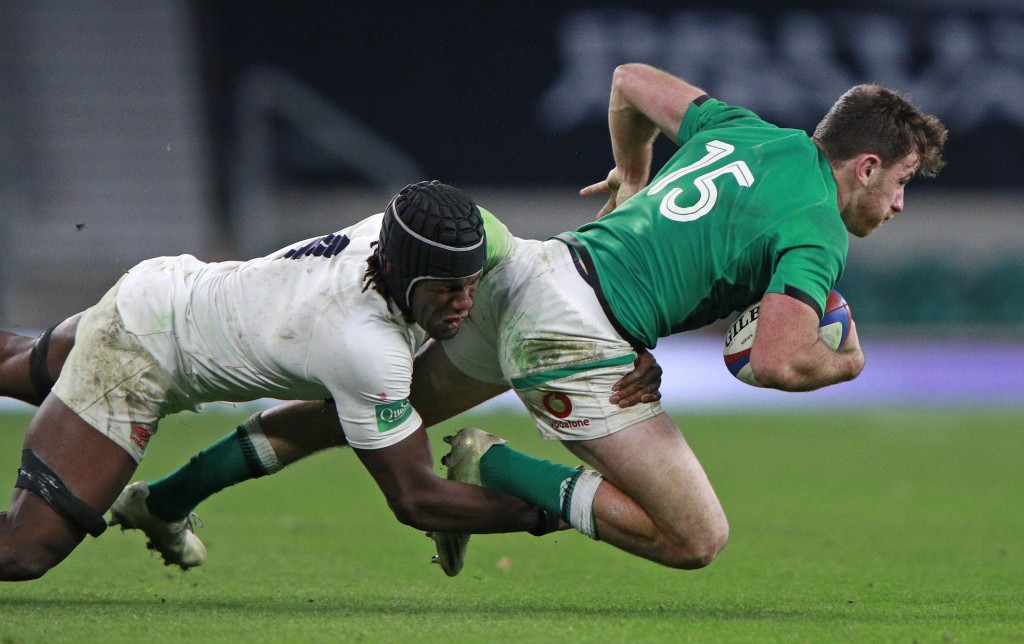 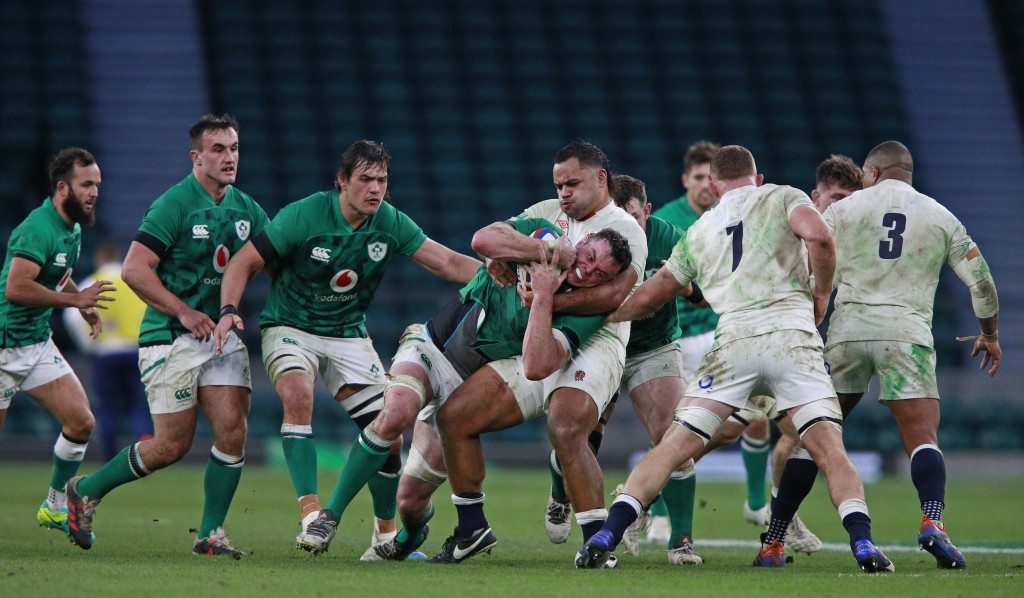 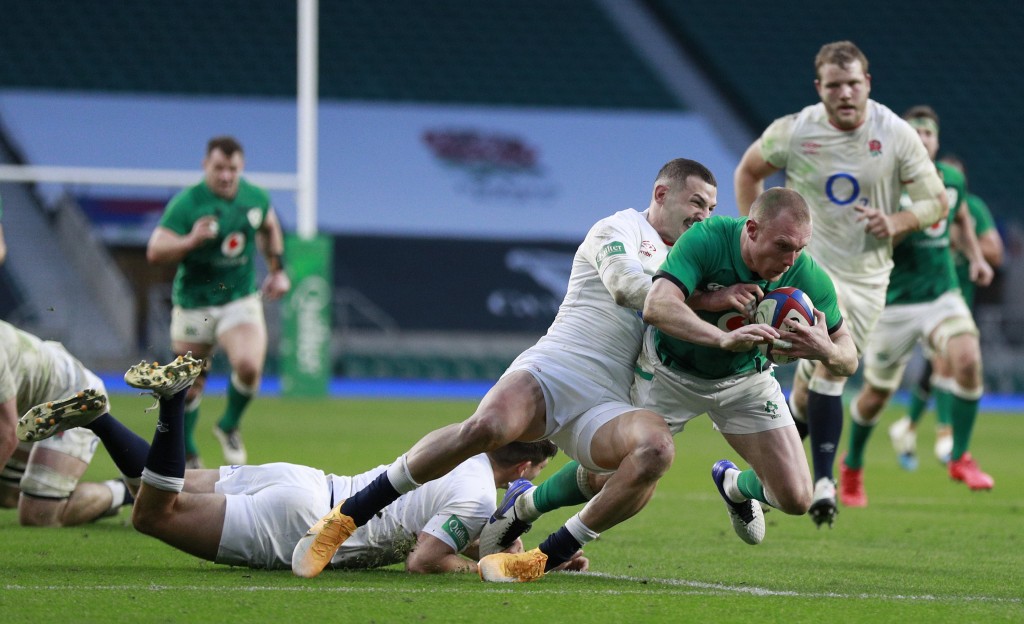 LONDON (AP) — England gave Ireland another comprehensive hiding to the tune of 18-7 at Twickenham on Saturday and took charge of their group in the Autumn Nations Cup.

Winger Jonny May scored two first-half tries and Owen Farrell slotted three of four goalkicks as England deservedly led 12-0 at halftime and 18-0 late. They threatened to blank Ireland for the first time in 30 years but Billy Burns conjured a try for fellow Irish replacement Jacob Stockdale with six minutes left and converted it.

It was the first scores England conceded in more than three hours of rugby across its last three games including Italy and Georgia.

As good as May’s tries were, England’s defense was suffocatingly brilliant. The white shirts were quick off the line and physical, holding up Irish ball-carriers so that the visitors were not able to clear a single ruck within three seconds.

England didn’t miss its first 90 tackles and ended up making an incredible 246, missing only nine.

In contrast, Ireland missed 11 tackles, needing to make only 73.

Ireland had plenty of time in the England 22 but invariably a sustained attack was slowed down and ultimately stymied by pilfered ball. England earned seven turnovers.

Add on try-saving tackles by May and Henry Slade, and the bullied Irish suffered a fourth straight loss to England, which looks set to qualify for the final in two weeks.