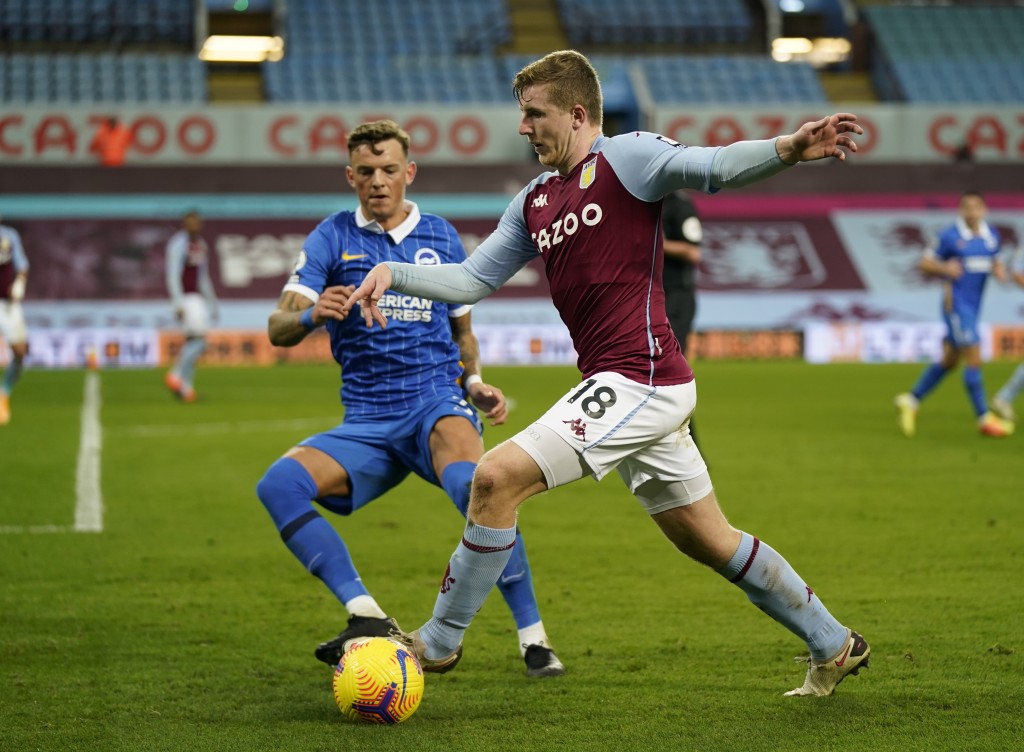 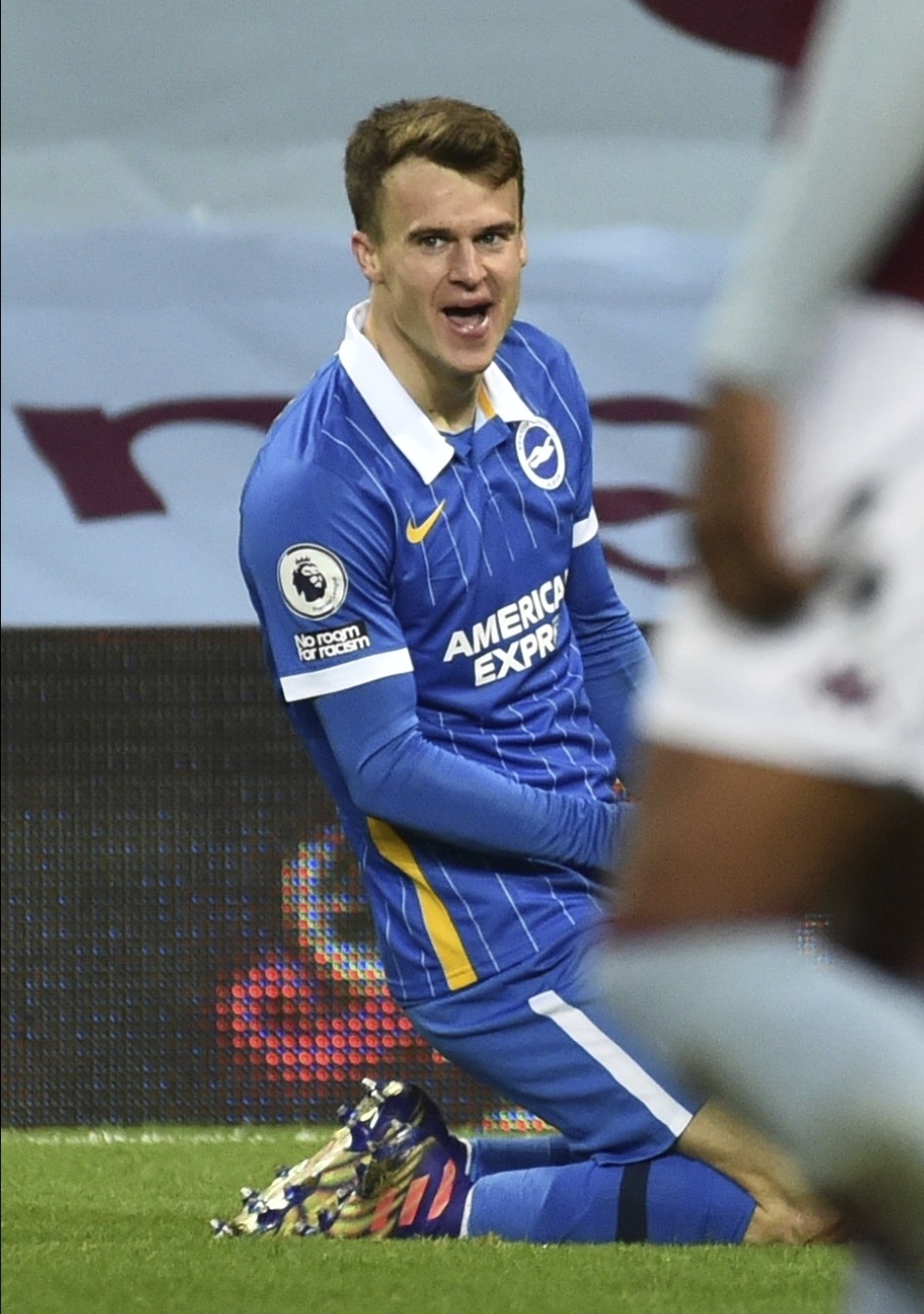 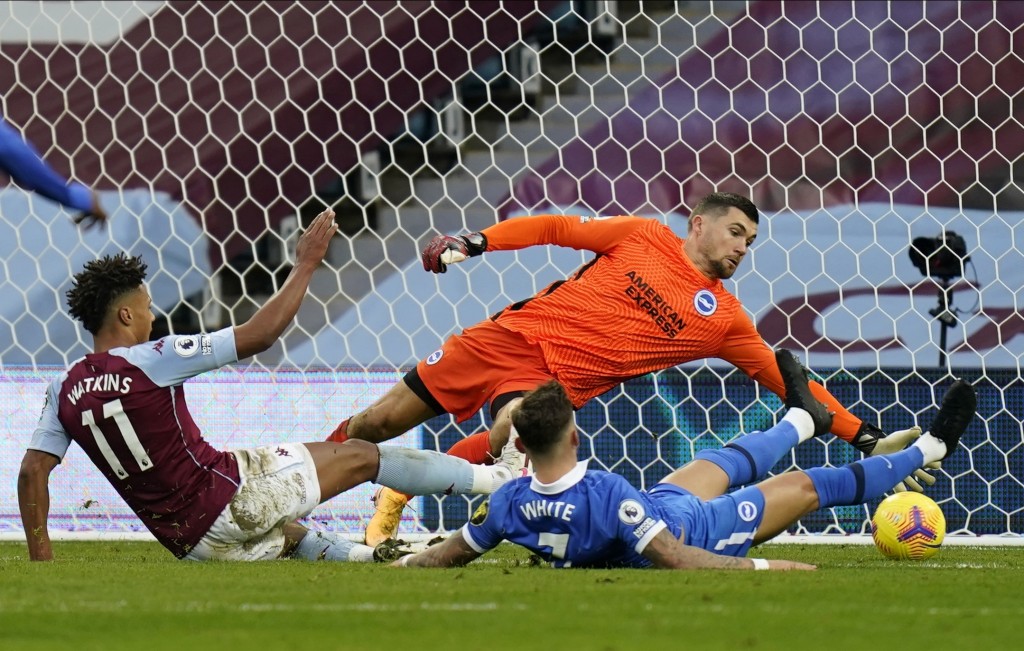 BIRMINGHAM, England (AP) — A powerful shot from Solly March lifted Brighton to a 2-1 win at Aston Villa in the English Premier League on Saturday, the visitors' first victory in the competition for two months.

Brighton took an early lead through Danny Welbeck's first goal for the club on a counter-attack in the 12th minute, but Ezri Konsa leveled for Villa a minute into the second half.

As Villa sat deep, March blasted a rising shot into the top-right corner from the edge of the box in the 56th.

Brighton nearly collapsed in stoppage time as Tariq Lamptey was sent off, and video review led to a penalty for Villa being overturned.

In an otherwise strong performance, wing-back Lamptey faces a suspension after he picked up a second yellow card in added time for a clumsy challenge on Villa forward Jack Grealish. From the resulting free kick, March collided with Mahmoud “Trezeguet” Hassan and a spot kick was given, then reversed when a review showed March played the ball.

Brighton was on a six-game winless run in the league since beating Newcastle 3-0 on Sept. 20. Villa could have finished the day back on top of the table with a big win but had to take its third loss in four league games following a strong start.

There was more to worry Villa manager Dean Smith as midfielder Ross Barkley, on loan from Chelsea, went off injured after suffering an apparent leg muscle problem barely a minute into the game.