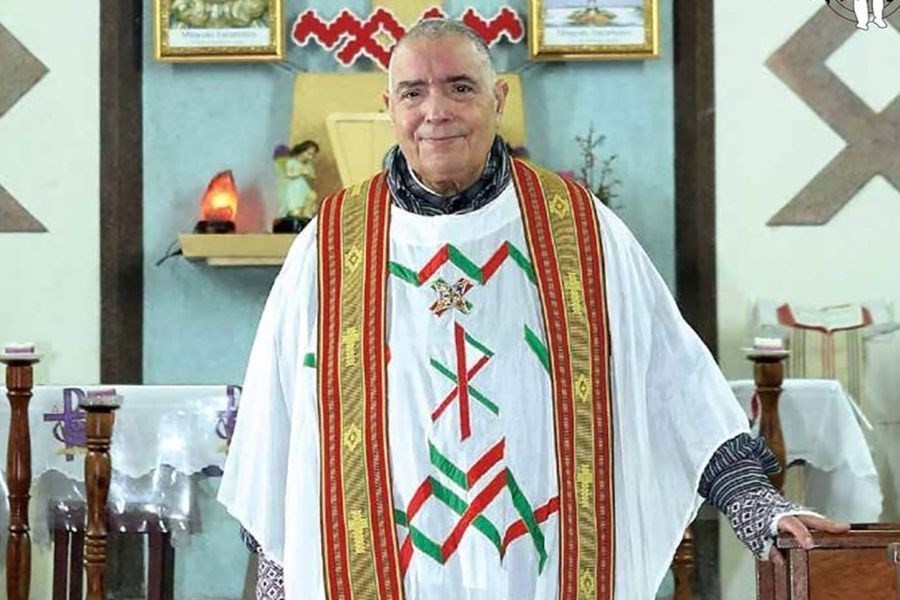 Father Alberto Papa, an Italian priest who had served over four decades in Indigenous communities in Taiwan, was posthumously honored Saturday for his contribution to the preservation and promotion of the Indigenous Atayal language and culture.

The priest died in Italy in late October, and a memorial mass was held at Holy Cross Sanmin Catholic Church in Taoyuan to remember him.

At the mass, Qucung Qalavangan (谷縱．喀勒芳安), the deputy head of the Council of Indigenous Peoples (CIP), presented the Indigenous Class 3 National Professional Medal to the head of the Order of Friars Minor (OFM) on behalf of Fr. Alberto.

The CIP official said the award was given to honor Fr. Alberto's dedication to the welfare of Taiwan's Indigenous peoples, especially his promotion of the Atayal language and culture.

During his time in Taoyuan's mountainous Fuxing District, home to the Indigenous Atayal people, Fr. Alberto helped provide sewing classes so that women in the local communities could learn the skills as a way to make a living, he said.

His other contributions included establishing a community clinic at a time when medical care was not easily accessible in such remote mountain areas, the CIP official said.

The priest first came to Taiwan in 1963 at the age of 27, and while serving in Fuxing District he became proficient not only in Mandarin but also in the Atayal language.

He also translated the Bible into Atayal and wrote a number of texts that transcribed the Atayal language into Roman letters, helping the Atayal to preserve their culture and traditions.

After 46 years of service in Taiwan, Fr. Alberto returned to Italy in July 2009, having reached retirement age.

A year later he returned to Taiwan, not as a missionary, but rather to continue to study the Atayal language and culture. In 2016, he went home to Italy, where he remained until his death on Oct. 31 at the age of 85. (By Wu Hsin-yun and Ko Lin)