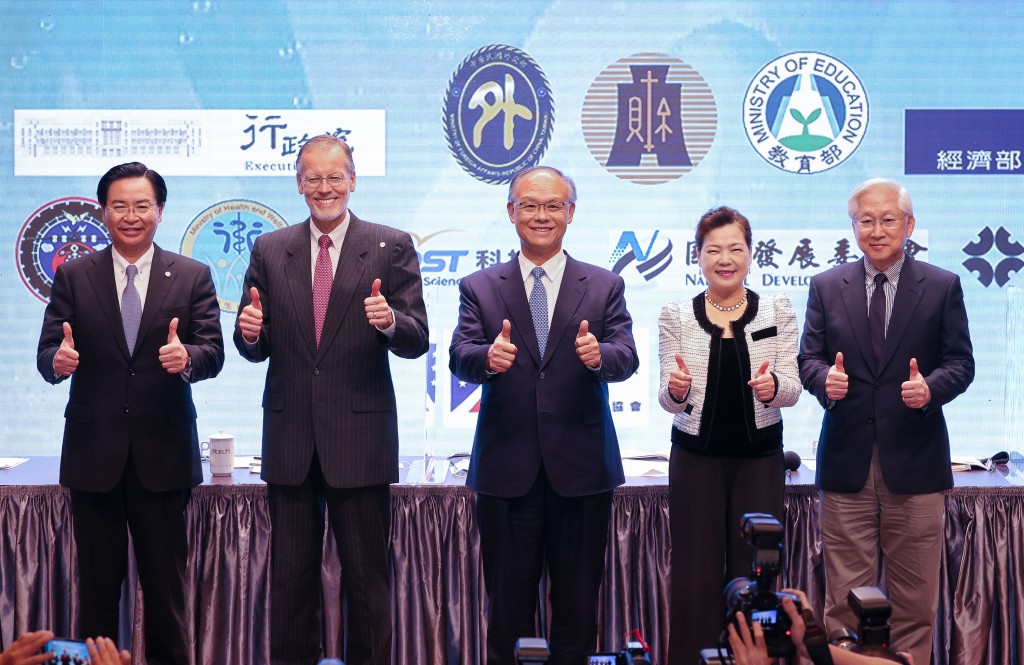 The first U.S.-Taiwan Economic Prosperity Partnership Dialogue (EPP) began with the signing of a memorandum of understanding (MOU) by representatives of both governments. The meetings included Under Secretary of State for Economic Growth, Energy, and the Environment Keith Krach and David Stilwell, assistant secretary of state for East Asian and Pacific Affairs, on the U.S. side and Deputy Economic Minister Chen Chern-chyi (陳政祺) and Representative to the U.S. Hsiao Bi-khim (蕭美琴) on the Taiwan side.

The MOU outlines areas for bilateral collaboration and lays the groundwork for future high-level dialogues, which are expected to be held annually in Taipei and Washington on an alternating basis.

This is the highest-level mechanism to date for Taiwan-U.S. economic exchanges and cooperation, Foreign Minister Joseph Wu (吳釗燮) said at a press conference in Taipei Saturday morning (Nov. 21). According to the Foreign Ministry, the MOU is valid for five years and extendable.

Even though officials from both countries have painted the talks as a milestone heralding a promising future for bilateral economic ties, critics have cast doubt on the need to hold them while the Donald Trump administration is in its caretaker state. Others are also concerned about a potential lack of continuity after President-elect Joe Biden takes office in January.

“I will not worry about it at all,” Wu stressed. “There is a bipartisan consensus in the U.S. Congress on strengthening economic relations with Taiwan.”

John Deng (鄧振中), the top negotiator in the Taiwanese Cabinet, characterized the EPP as having pushed the economic relationship to a new level. However, issues that have been frequently discussed and debated in Taiwan over the past few months, namely negotiations for a bilateral trade agreement (BTA) and the import of American pork products containing ractopamine, were absent from the discussions.

The EPP covers a wide array of economic issues and collaborations. The other economic platform that exists between Taiwan and the U.S., the Trade and Investment Framework Agreement (TIFA), deals principally with trade issues, Deng observed.

Initiated in 1992, the TIFA comprises high-level economic and trade consultations between Taiwan's Ministry of Economic Affairs and the U.S. Trade Representative (USTR). The TIFA was created to pave the way for a BTA, but there have been no talks under the framework since 2016.

“It may be a little premature to come to a conclusion that President-elect Joe Biden is not interested in a bilateral trade agreement,” said Wu. He pointed out that 50 senators from both the Democratic and Republican parties had recently signed a resolution urging US Trade Representative Robert Lighthizer to start BTA negotiations with Taiwan.

Economic Minister Wang Mei-hua (王美花) said the ministry has expressed an interest in working with the U.S. National Institute of Standards and Technology (NIST) on certifying Taiwan’s 5G network. “It is very important for Taiwanese tech products wishing to sell to the U.S. or other countries,” said Wang, who went on to say that both countries have agreed to further the discussions in the future.

According to Wang, both countries have confirmed that strategic cooperation on the semiconductor industry is a mutual priority given its potential to generate significant and long-term benefits. With TSMC planning to build a chip factory in the U.S., exchanges between the two countries are likely to be more frequent, she observed.

In addition, both sides during the meeting expressed their intention to negotiate on a science and technology agreement. This should allow the countries to cooperate on advancing science and technology; improving the protection of data, knowledge, and professionals; and promoting capacity-building in other countries, according to Minister of Science and Technology Wu Tsung-tsong (吳政忠).