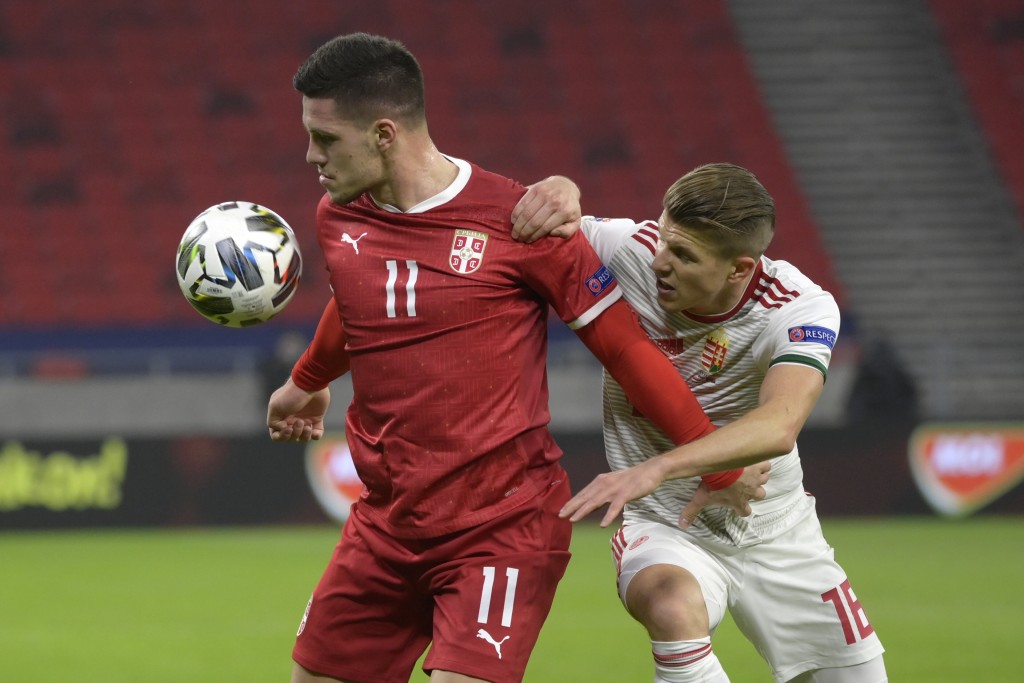 MADRID (AP) — Real Madrid striker Luka Jovic has tested positive for the coronavirus, leaving his team without its top two strikers for the Spanish league match at Villarreal on Saturday.

The club said on Friday that Jovic was infected with the virus that causes COVID-19. He joins teammates Casemiro and Éder Militão in confinement after testing positive.

Eden Hazard has been cleared to play at Villarreal after also missing the last round due to a positive test.

Zinedine Zidane’s team will also be without striker Karim Benzema, defender Sergio Ramos, and midfielder Federico Valverde who are all injured. Zidane also said defender Raphael Varane was not fully fit despite making his squad.

With Benzema and backup Jovic unavailable, Madrid’s only pure striker is Mariano Díaz, who made his first appearance of the season as a substitute in a 4-1 loss at Valencia before last week’s international break.

Jovic played for Serbia during the break.

Madrid is in fourth place at four points behind leader Real Sociedad. Villareal is in second place, two points off the lead.