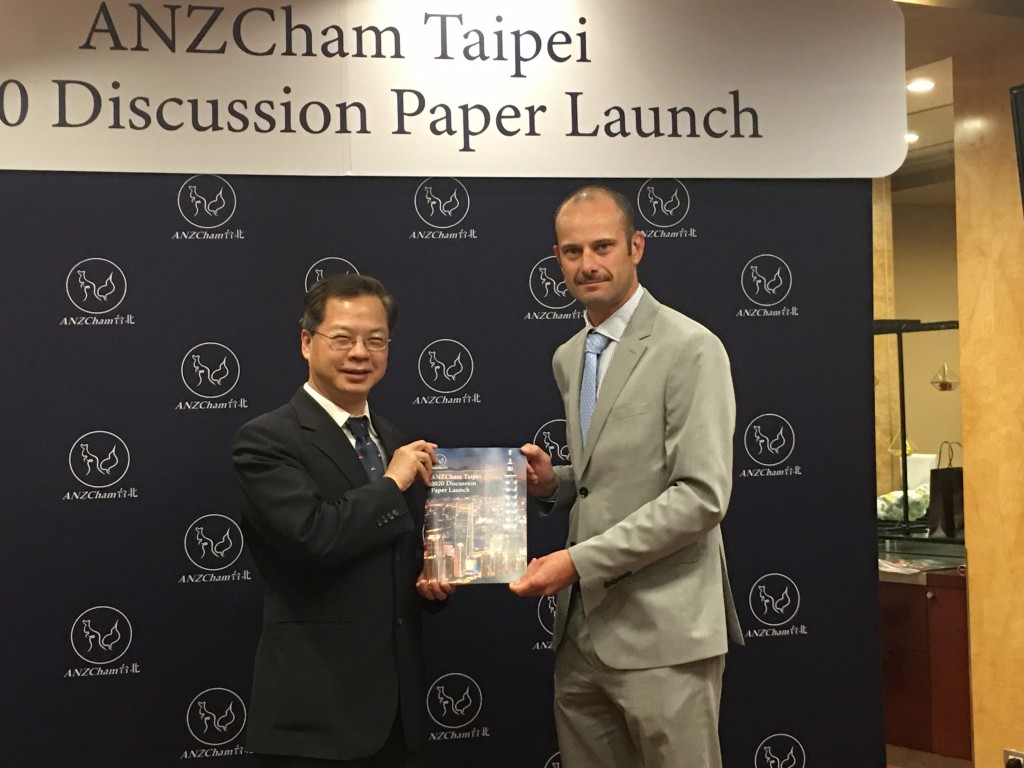 The Australia New Zealand Chamber of Commerce in Taipei (ANZCham) on Thursday urged Taiwan and Australia to sign a free trade deal, citing the success of a similar pact between Taiwan and New Zealand in 2013.

An Economic Cooperation Agreement (ECA) between Australia and Taiwan is long overdue, said ANZCham in its inaugural Discussion Paper, arguing that the Agreement between New Zealand and the Separate Customs Territory of Taiwan, Penghu, Kinmen, and Matsu on Economic Cooperation (ANZTEC) has delivered major benefits to both sides.

"We have seen an increase in trade and cooperation between New Zealand and Taiwan since the ANZTEC agreement was signed, and we hope that Australia will follow suit," said Alex Matos, executive director of ANZCham Taipei.

These goods are in high demand in Taiwan, but given that they can be more economically sourced from other countries because of the trade barriers, Australian exporters have missed out on those opportunities, according to the chamber.

"An ECA will provide the opportunities for Australian exporters to further diversify their global distribution," according to the chamber.

Beyond trade, ANZCham called for an air travel bubble between Australia, New Zealand and Taiwan that allows quarantine-free travel since the COVID-19 pandemic has been controlled well in those three places.

"A travel bubble will facilitate significant advantages for all three economies, allowing businesses to connect and focusing attention on the trilateral relationship," the paper said.

The paper also urged the Taiwanese government to do more to attract foreign talent to Taiwan, as barriers such as a lack of international schooling are still a concern for foreign families looking to relocate to the country.(By Lee Hsin-Yin)