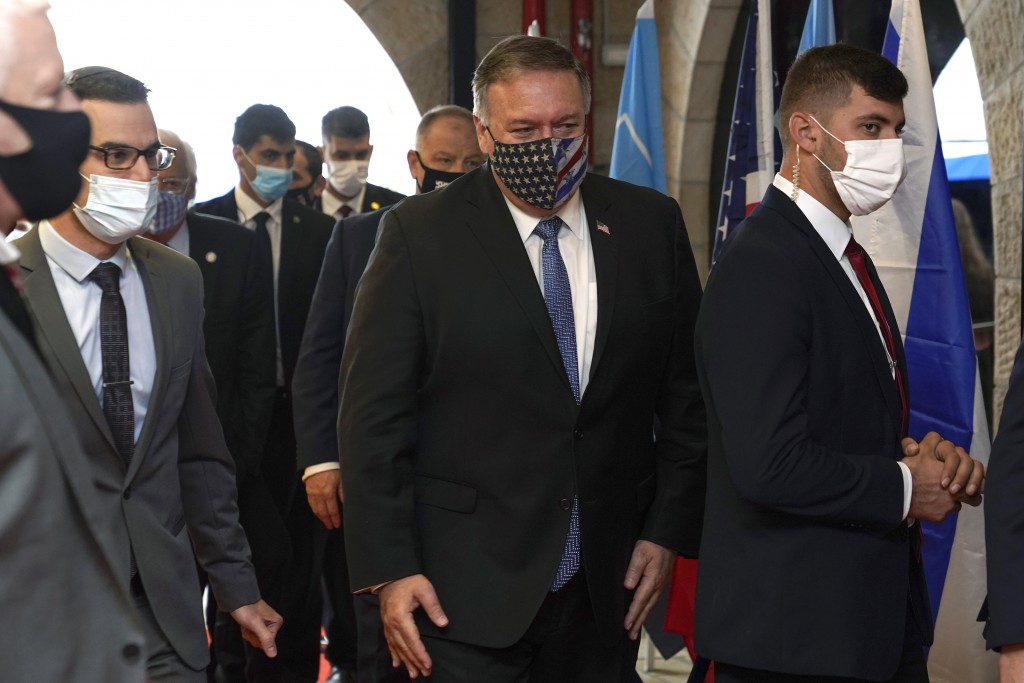 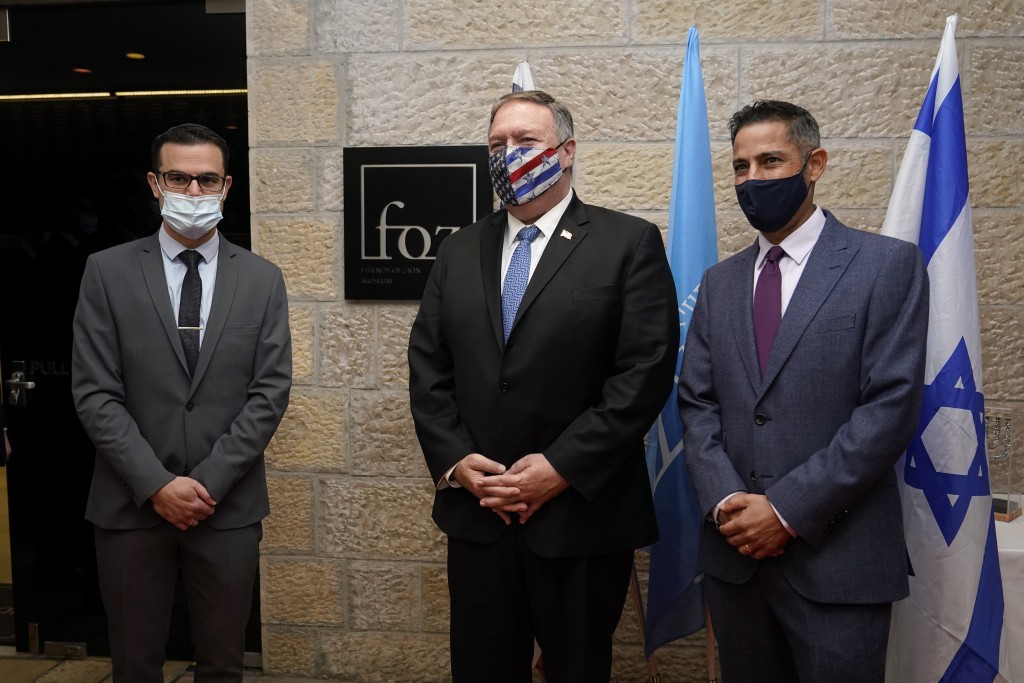 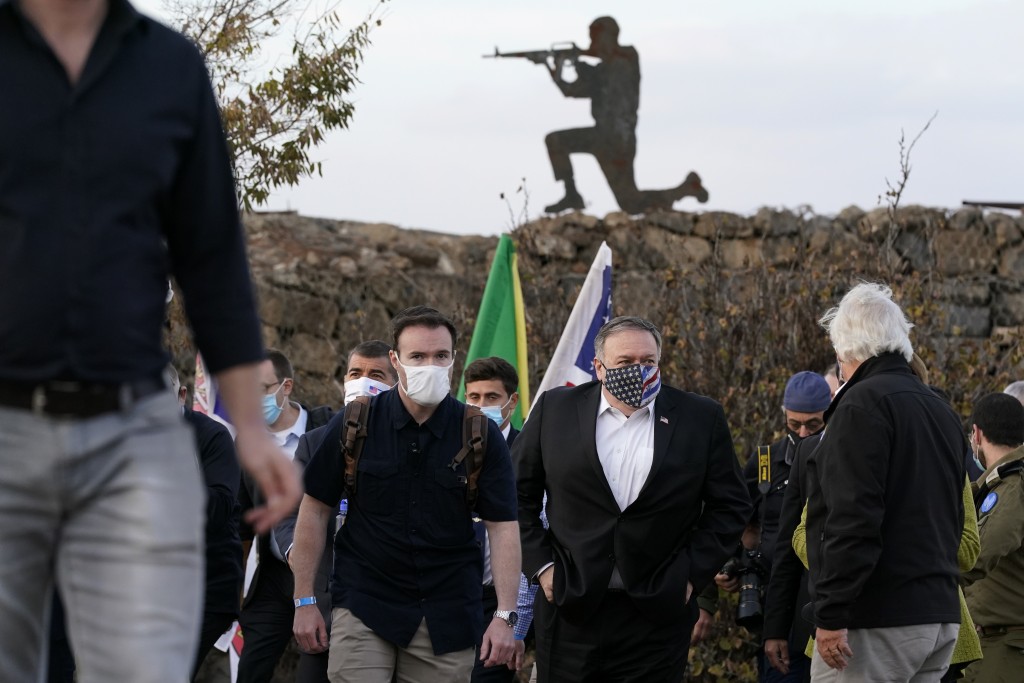 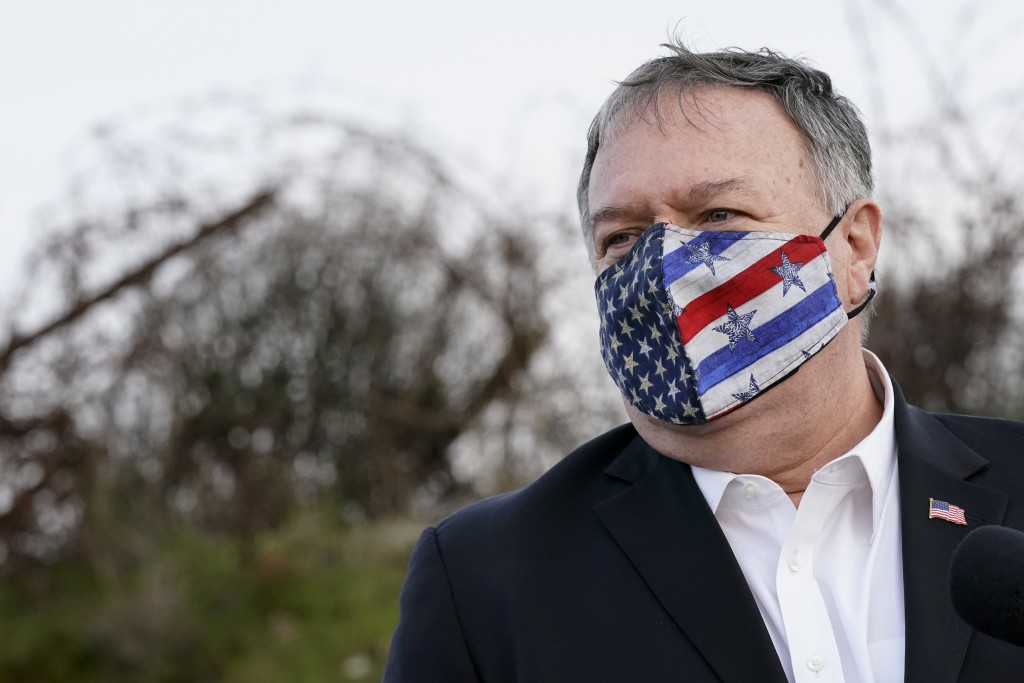 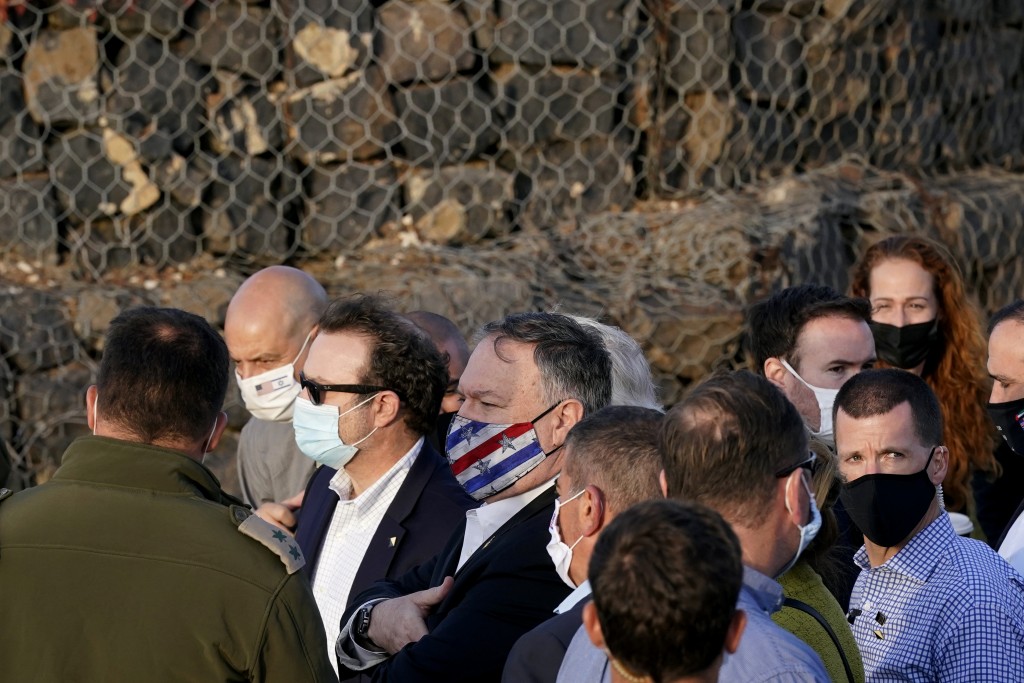 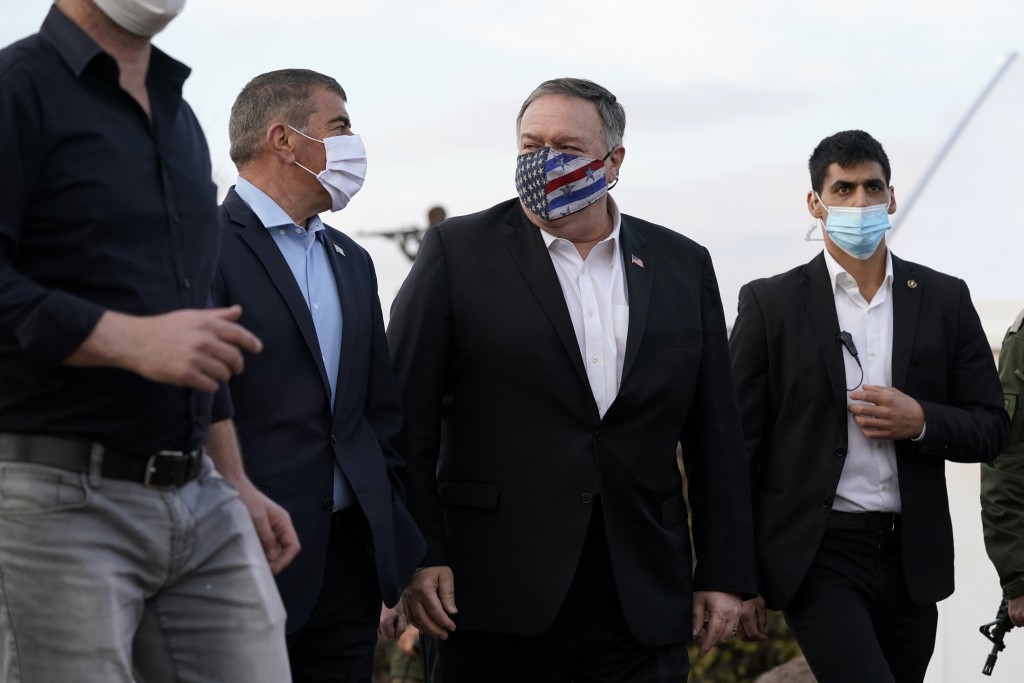 JERUSALEM (AP) — Secretary of State Mike Pompeo wrapped up a trip to Israel on Friday with a visit to a museum in Jerusalem that honors Christian Zionists and was founded by a prominent evangelical adviser to the Trump administration.

The museum visit came a day after Pompeo became the first secretary of state to visit an Israeli settlement in the occupied West Bank. He also announced a new policy allowing settlement products exported to the U.S. to be labeled “made in Israel” and a new initiative to combat the Palestinian-led international boycott movement.

Christian Zionism is a belief by some Christians that the return of the Jews to the Holy Land and the establishment of the state of Israel in 1948 were in accordance with biblical prophecy. The Friends of Zion Museum was founded by Mike Evans, a prominent evangelical supporter of Israel. Evangelical Christians are among President Donald Trump's most loyal supporters and have hailed his unprecedented support for Israel. They would also be an important constituency should Pompeo pursue elected office following Trump's presidency.

Pompeo did not deliver any public remarks at the museum, and was expected to depart later Friday.

The Trump administration has broken with decades of U.S. policy to support Israel's claims to territory seized in war and to isolate and weaken the Palestinians.

It moved the U.S. Embassy to contested Jerusalem, adopted the position that settlements are not contrary to international law, recognized Israel's annexation of the Golan Heights — which Pompeo also visited on Thursday — and released a Mideast plan that overwhelmingly favored Israel and was rejected by the Palestinians. It has also adopted a “maximum pressure” campaign against Israel's archenemy Iran while brokering normalization agreements with Arab nations.

The moves Pompeo announced Thursday are largely symbolic and could be easily reversed by President-elect Joe Biden's incoming administration. But it was a powerful show of support for Israel and its Christian allies.

Israel captured the West Bank and east Jerusalem in the 1967 war, territories the Palestinians want for their future state. The Palestinians view the settlements as a violation of international law and a major obstacle to peace, a position shared by most of the international community.

Israel seized the Golan Heights from Syria in the same war and later annexed it. Last year, the U.S. became the first country to recognize it as part of Israel, a position Pompeo reaffirmed during his visit to the strategic plateau on Thursday.

Biden is opposed to settlement construction and has vowed to adopt a more evenhanded approach aimed at reviving peace negotiations between Israel and the Palestinians.