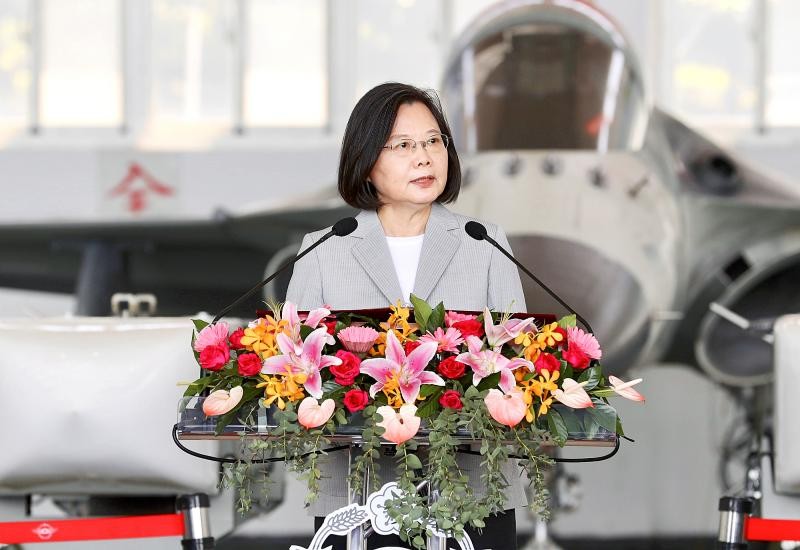 Colonel Chiang Cheng-chih (蔣正志) took off from Hualien Air Force Base Tuesday evening (Nov. 17) but disappeared from the radar two minutes later. An intensive search of an area of the Pacific nine nautical miles (15 kilometers) northeast of Hualien has reportedly turned up a signal from the plane’s black box.

However, pictures surfaced online allegedly showing the Taiwanese jet landing across the Taiwan Strait at Xiamen Airport in the Chinese province of Fujian, CNA reported. Chinese netizens wrote that the pilot had defected from the nation and taken the American-built jet with him.

President Tsai and other senior Taiwanese government officials condemned the reports, saying they were “fake news” designed to undermine the morale of the military and the public.

Tsai said that as commander in chief, she would not tolerate an officer's disappearance being used as propaganda against Taiwan’s military. Chiang’s wife said her husband would never defect to China because he was a hero, Defense Minister Yen De-fa (嚴德發) told the media.