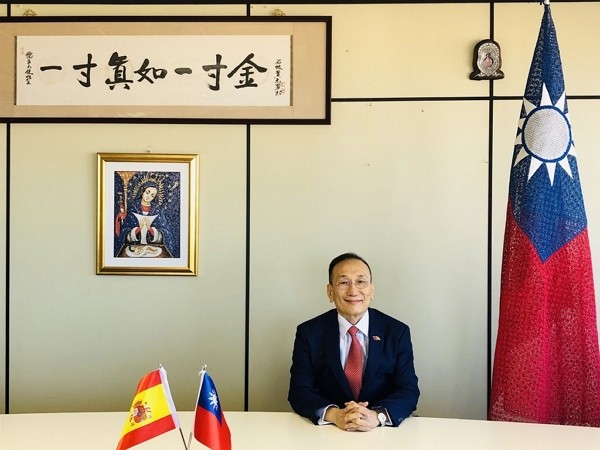 TAIPEI (Taiwan News) — Taiwan's representative to Spain Jose Maria Liu (劉德立) on Thursday (Nov. 19) highlighted the dangers of China's expanding influence and urged countries around the world to step up their opposition to the authoritarian country's ambitions.

During a telephone interview with Spanish radio station Cadena COPE, Liu said Taiwan has been a model for how to combat the coronavirus pandemic, noting it has recorded just 609 cases so far. He pointed out the country has surpassed the 200-day mark without a locally transmitted case and that life there has been largely unaffected by the outbreak.

Despite being one of the few success stories during the pandemic, Taiwan has been excluded from global health conversations and denied participation in the World Health Assembly, Liu lamented. He said the World Health Organization had decided to yield to Beijing's pressure and ignore the right to health of Taiwan's 23.5 million people.

Liu pointed out the Chinese Communist Party (CCP) continues to interfere with Taiwan's efforts to participate in international organizations, including the International Civil Aviation Organization, the United Nations Framework Convention on Climate Change, and INTERPOL. He expressed hope that the world would notice this unfair situation and put a stop to the CCP's bullying tactics.

Liu said that although many of Taiwan's diplomatic allies have stood up for it, more countries should follow suit. He further stated that Taiwan is the first line of defense against Chinese authoritarianism and that its survival is crucial to democracy, reported CNA.