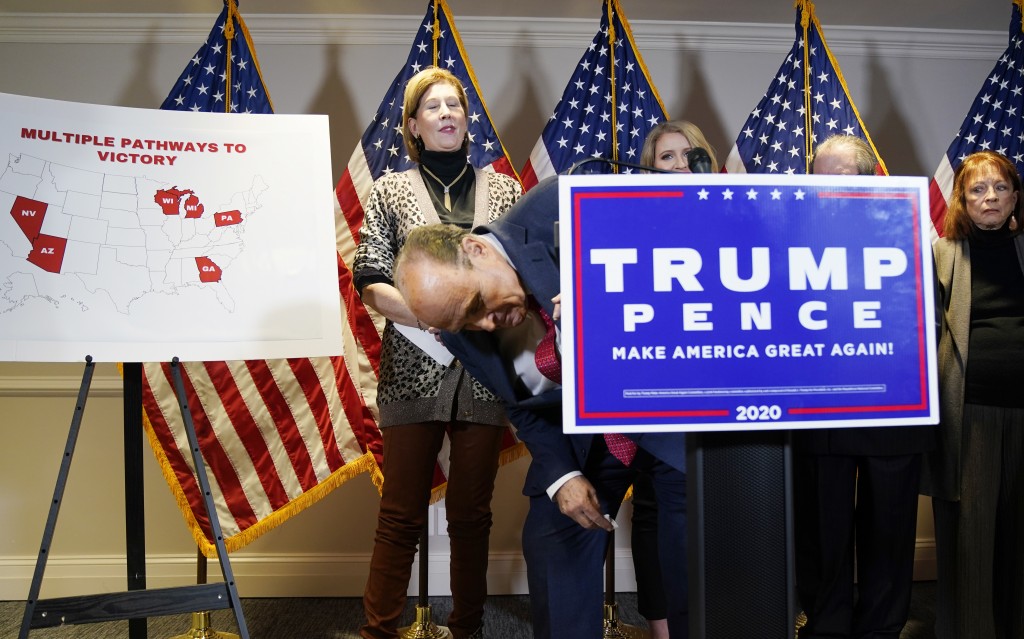 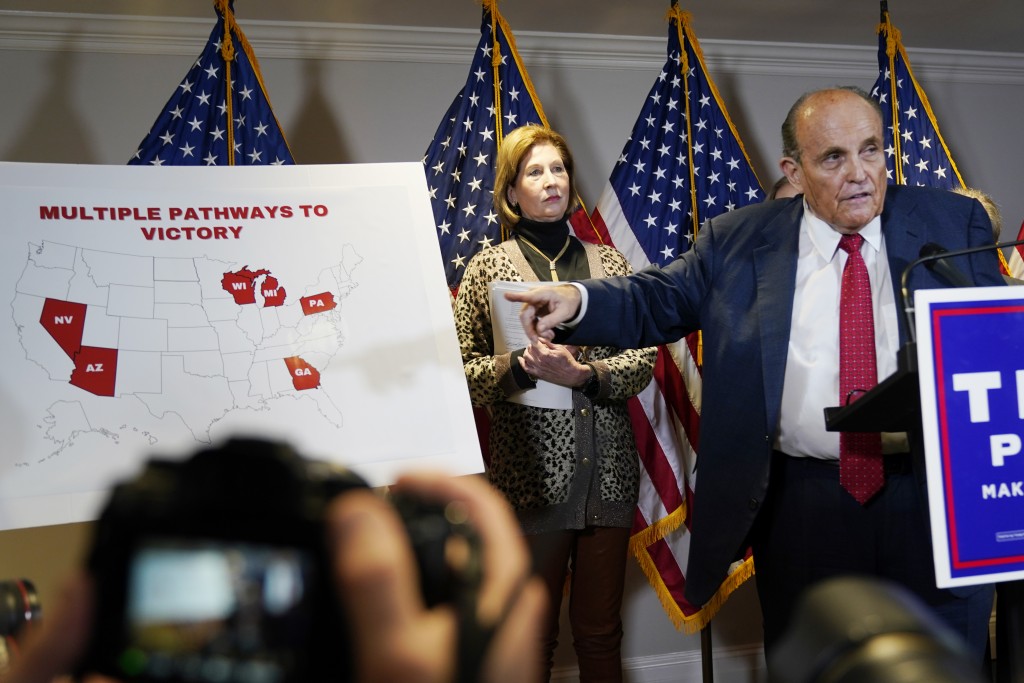 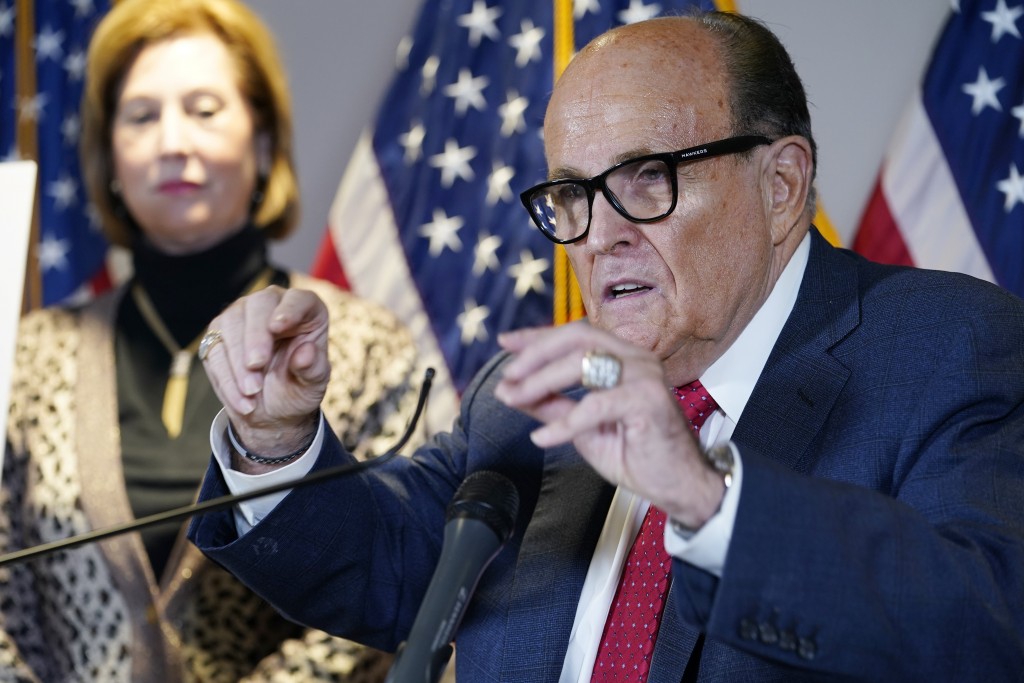 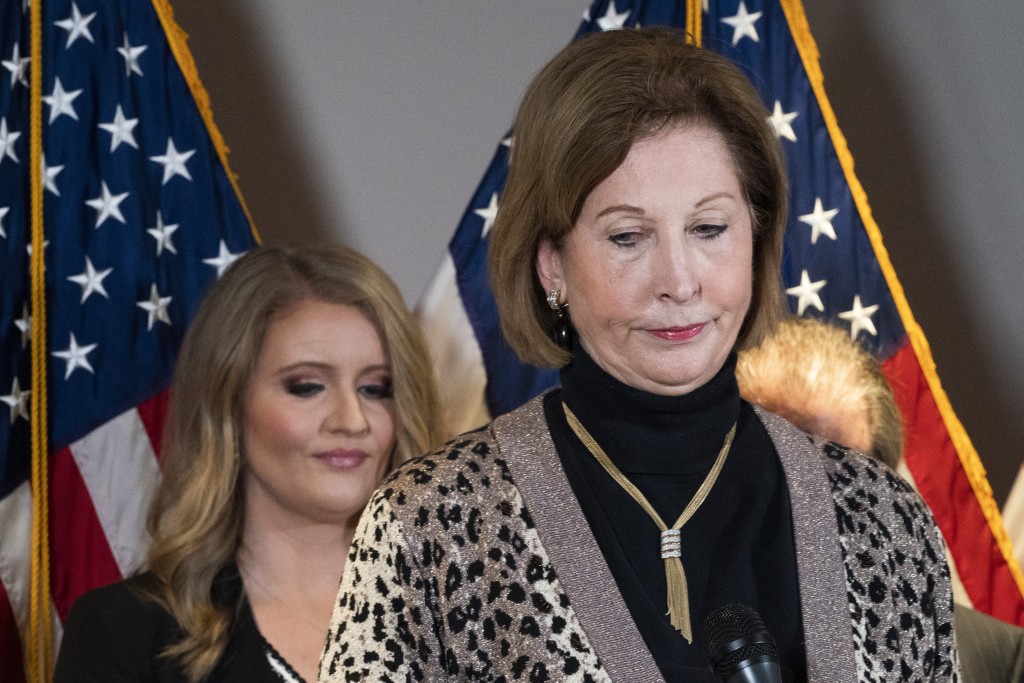 Despite a lack of evidence of widespread irregularities or fraud, President Donald Trump’s legal team used a Thursday press conference to go through a laundry list of far-fetched, thoroughly debunked claims on the 2020 election.

A look at the claims and reality:

POWELL: “The Dominion Voting Systems, the Smartmatic technology software, and the software that goes in other computerized voting systems here as well, not just Dominion, were created in Venezuela at the direction of Hugo Chavez to make sure he never lost an election after one constitutional referendum came out the way he did not want it to come out.”

THE FACTS: No, Dominion does not have any ties to Venezuela, nor does it have a partnership with Smartmatic, according to Eddie Perez, a voting technology expert at the OSET Institute, a nonpartisan election technology research and development nonprofit.

Smartmatic is an international company incorporated in Florida by Venezuelan founders. The company states on its website that it’s not associated with governments or political parties of any country.

POWELL: “One of (the software’s) most characteristic features is its ability to flip votes. It can set and run an algorithm that probably ran all over the country to take a certain percentage of votes from President Trump and flip them to President Biden.”

THE FACTS: That didn’t happen. There’s no evidence that any of Dominion’s systems switched votes for Trump to count as votes for Biden. A statement released by the Cybersecurity & Infrastructure Security Agency, a federal agency that oversees U.S. election security, says there’s no truth to claims that votes cast for Trump were switched to count for Biden or deleted.

POWELL, on reports that a U.S. voting server is in Germany: “That is true, it’s somehow related to this but I do not know whether good guys got it or bad guys got it."

THE FACTS: No, it’s not true. Powell is referencing a fictitious story that a server hosting evidence of voting irregularities in the Nov. 3 U.S. election was in Germany.

Republican Rep. Louie Gohmert of Texas claimed last week that “U.S. Army forces” seized a server from a Frankfurt office. An Army spokesman described allegations that the Army had recovered servers in Germany as false.

Two voting software companies that conspiracy theorists said were linked to the German server — Scytl and Dominion — have both released statements denying those claims.

THE FACTS: That’s false. Biden currently has an Electoral College lead of 290 to 232. And if Biden’s lead holds in Georgia, he will win on a 306-232 Electoral College vote — the same margin Trump had in 2016. Back then, Trump described it as a “landslide.” Biden also leads the popular vote by nearly 6 million votes.

Associated Press writers Jude Joffe-Block in Phoenix and Amanda Seitz in Chicago contributed to this report.