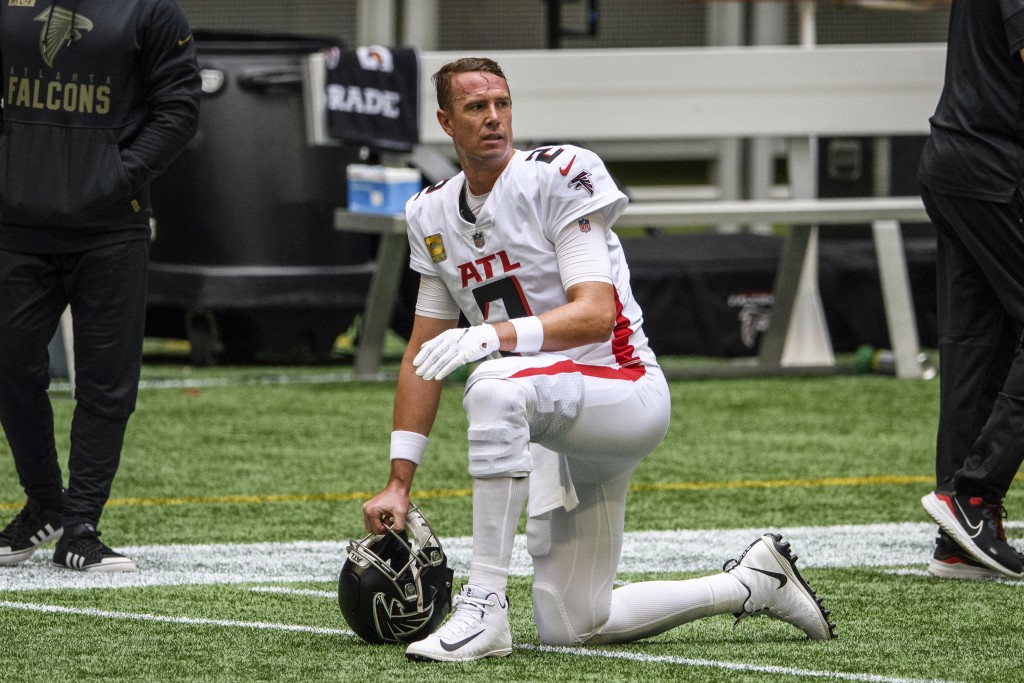 Immediately, Ryan knew the script had changed for the Falcons' game at the Saints on Sunday. He knew Brees wouldn't be playing.

It's a reminder of how rarely the Falcons have faced that dilemma in Ryan's 13 seasons.

“I’m very proud of the fact that in the better part of 13 years, I’ve only missed three games,” Ryan said Wednesday.

Ryan has started 198 of a possible 201 regular-season games, in addition to 10 postseason games since being drafted in the first round in 2008. He missed two games with a turf toe injury in 2009 and then made 154 consecutive starts before missing one game last season with a high ankle sprain.

“Matt has only missed one game since I've been here,” Jones said Thursday. “You know what you’re going to get. It’s not like you’ve got to worry about somebody else.”

Jones said the stability that Ryan provides allows him to relax and focus on running his routes and making catches. He doesn't have to worry about making adjustments to a backup quarterback.

“Football, the biggest thing is not having to think for somebody else,” Jones said. “You’ve got to be able to go out there and do your job and be able to play free and without hesitation.”

Ryan's record of durability has enabled him to set 21 Falcons passing records, including career marks for yards, completions and touchdown passes.

The 35-year-old Ryan was reminded during Atlanta's bye that he can't take good health for granted when he saw Brees was hurt in the Saints' 27-13 win over the 49ers.

“You hate seeing it,” Ryan said. “I was actually watching the game at home and saw the hit. By his reaction getting up, we’ve all been there. You kind of know when somebody has body language that something’s not right.”

Ryan rarely has been unable to continue playing. His leadership has helped the Falcons attempt to revive a lost season. They are 3-1 under interim coach Raheem Morris following an 0-5 start that led to the firings of coach Dan Quinn and general manager Thomas Dimitroff.

“Matt is a great competitor, really as good as there is in this league or in the world,” second-year right guard Chris Lindstrom said. “It’s an honor to play for someone like that and to block for him. When you go out there and see what he’s putting out every day, it sets a standard for where you need to be, looking at myself.”