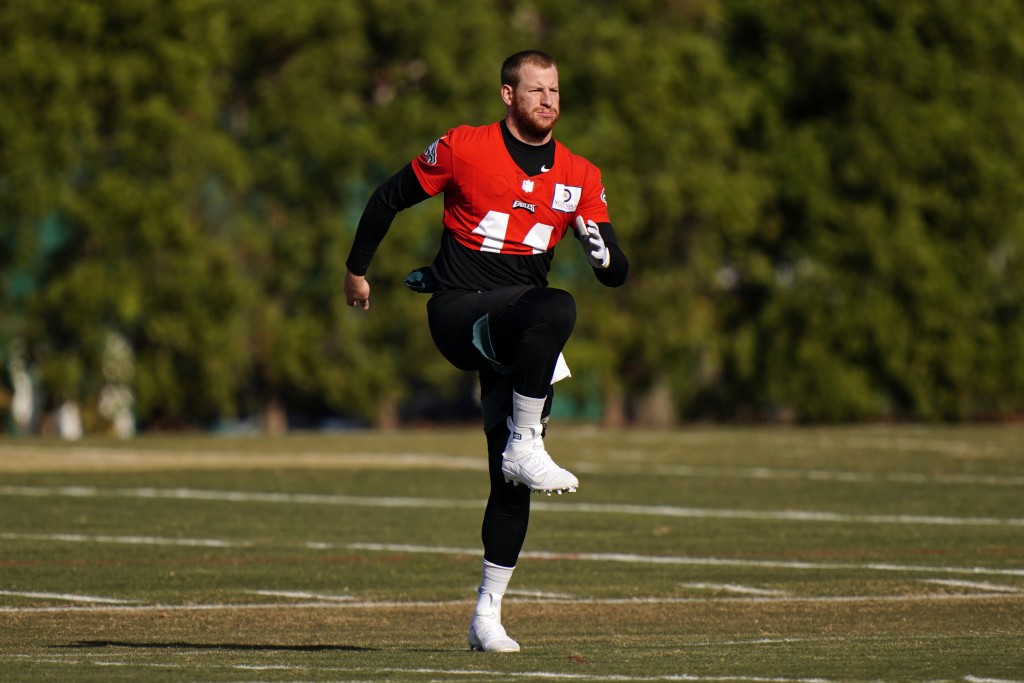 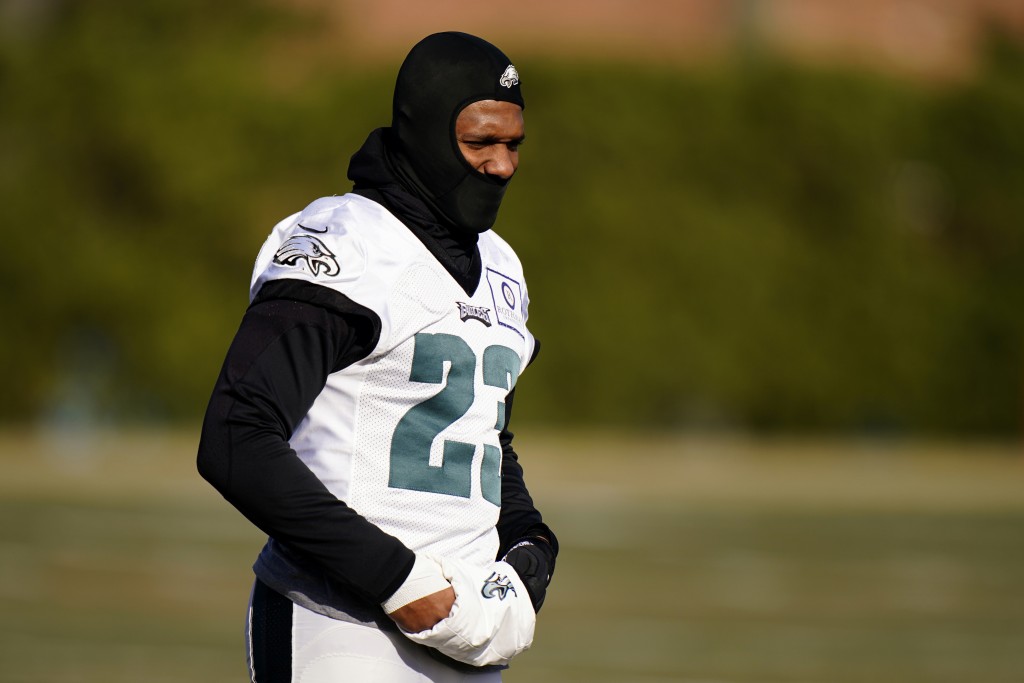 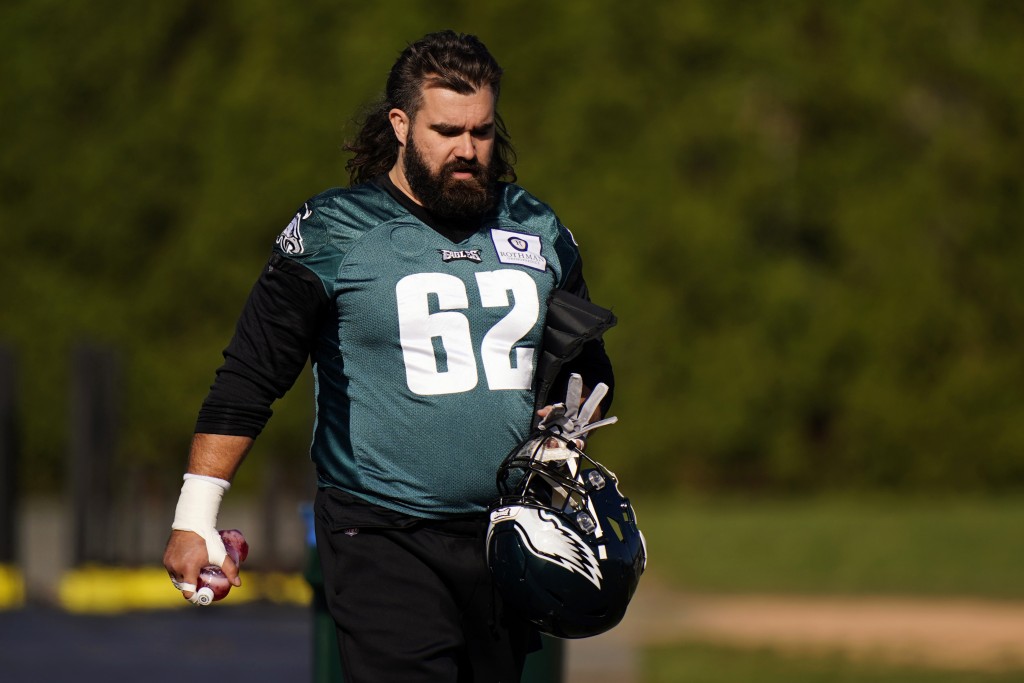 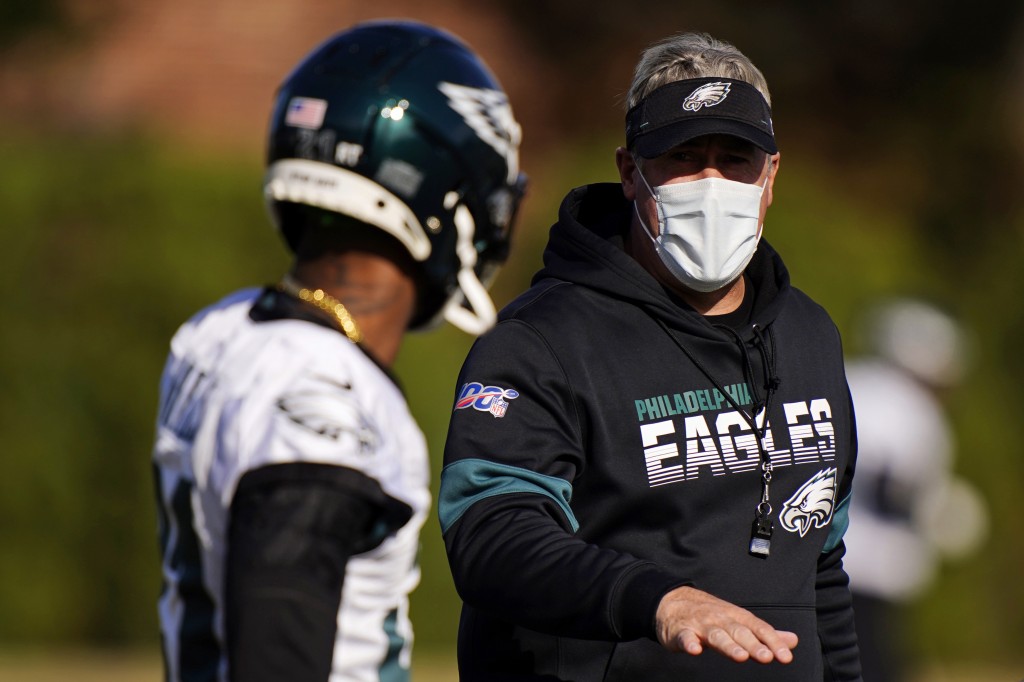 PHILADELPHIA (AP) — The Philadelphia Eagles are talking about practice.

Despite leading the NFC East, the Eagles (3-5-1) have a losing record and face a difficult schedule over the next five weeks. Their next five opponents are a combined 32-13, starting with a trip to Cleveland (6-3) on Sunday.

A slew of injuries have contributed to Philadelphia’s struggles, but players know they have to step up and perform better.

“I think it starts definitely with practice,” said defensive end Brandon Graham, who has seven sacks and is three away from a career high.

“Some of the stuff showing up out there, if we’re being real with ourselves, is happening in practice. People jumping offside, pre-snap penalties, false starts, people dropping balls, us not getting off the rock. So it’s all just stuff we need to hone in on as a team, and I think we’re doing a good job addressing that elephant in the room.”

“You guys are only out there for a short period of time, so I don’t know where the information is coming from,” Pederson said. “Practice is where we perfect our craft and we do the things with all of our players to detail their work, whether it be fundamentals in the individual periods, all the way through to even for me sometimes even stopping practice and repeating a play because we’ve made a mistake. So I don’t understand where that’s coming from, and we’re just going to continue to coach and make sure we hold everybody accountable.”

Wentz is having the worst season of his five-year career, though he’s coming off his first turnover-free game of 2020 in a 27-17 loss to the Giants.

There have been several factors affecting Wentz’s performance, including all the injuries on offense. The Eagles have used 10 different starters on the offensive line and only Wentz and center Jason Kelce have played every game. Running back Miles Sanders, tight ends Zach Ertz and Dallas Goedert and wide receivers DeSean Jackson and Alshon Jeffery have missed significant time.

Still, Wentz knows he must improve and make smarter decisions with the ball. He has 12 interceptions and lost four fumbles, but took a step forward last week.

“I know I’m not perfect,” he said. “I gotta be better. I’m out there working. We’re out there busting our tails every day.”

“We have seven games left to determine our season,” Slay said. “We know we’re in first place in the East, but we don’t like the position we’re in with the three wins. We know we’re a better team than our record says. He was just making sure we know that. As a quarterback, he is our leader. He’s going to do right by us and we’re going to do right by him. We gotta just get it going.”

The Eagles finish the season with two division games at Dallas (2-7) and home against Washington (2-7). The Giants (3-7) are on a bye this week.

NOTES: The team said a player tested positive for COVID-19 Thursday morning. He is quarantining and close contacts also will self-isolate.