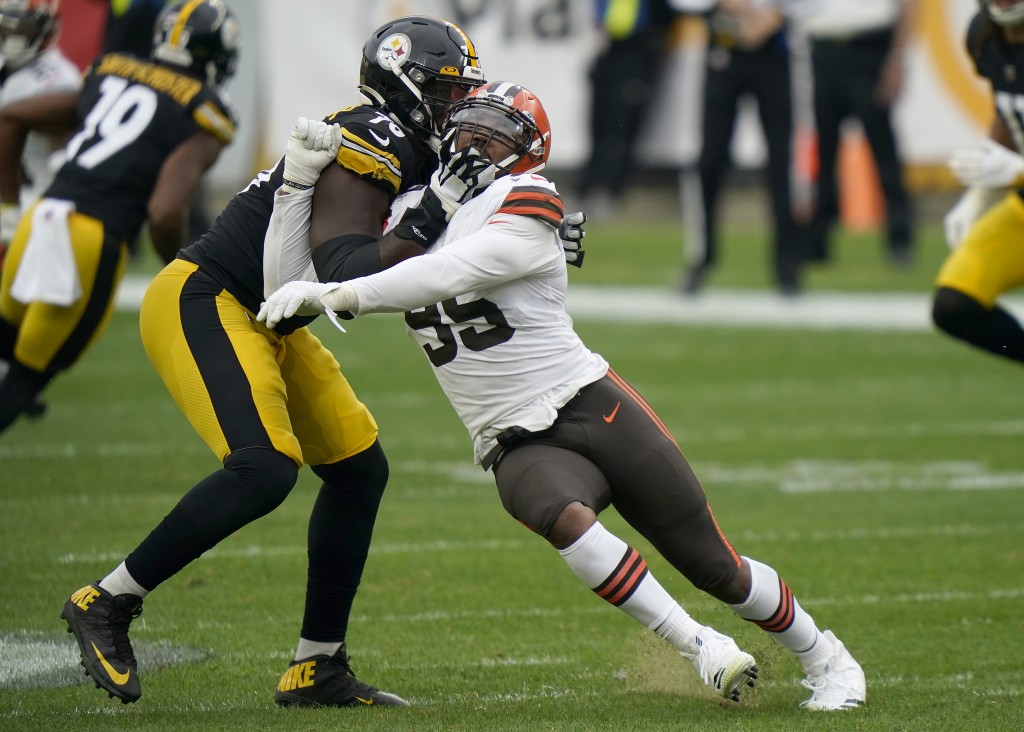 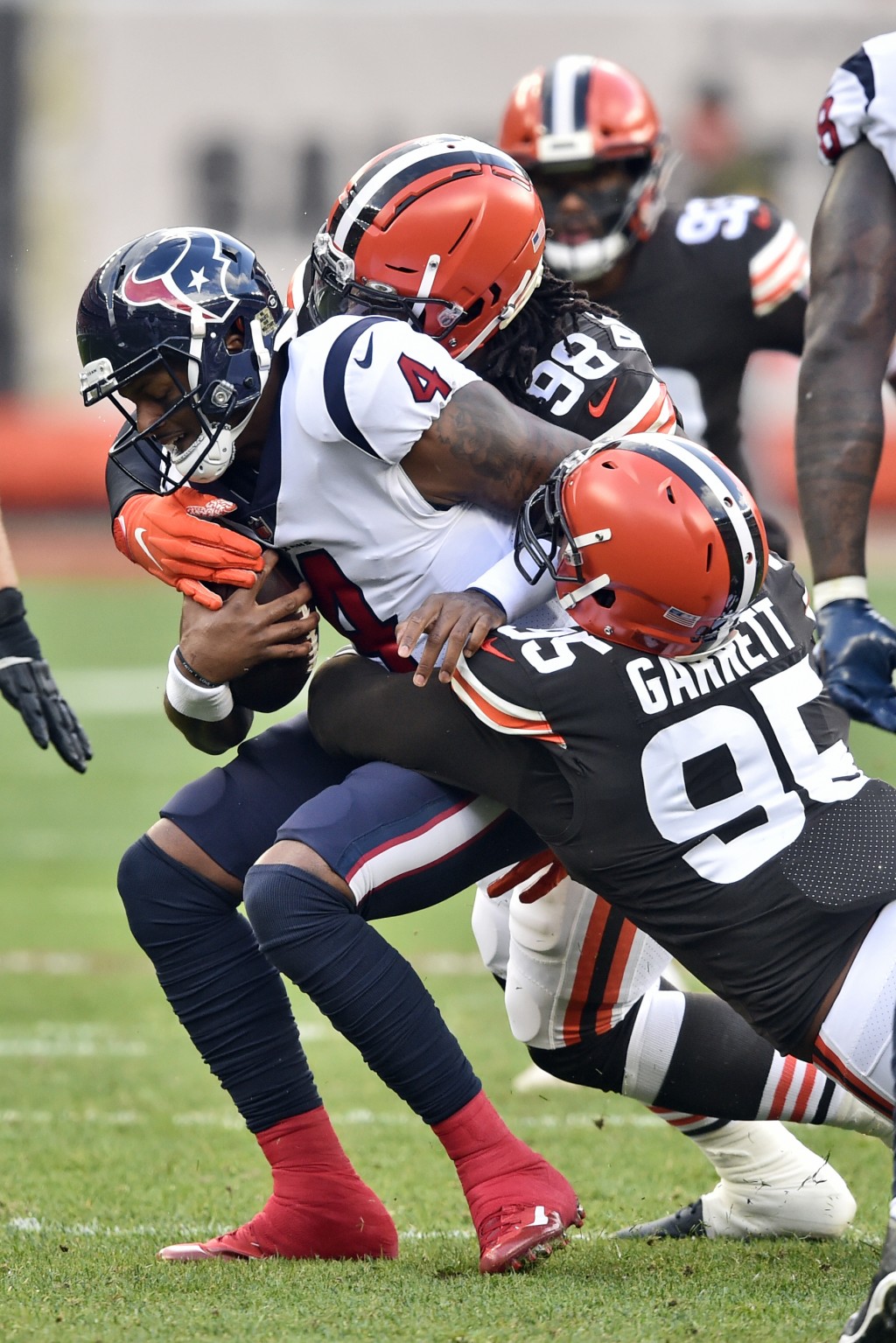 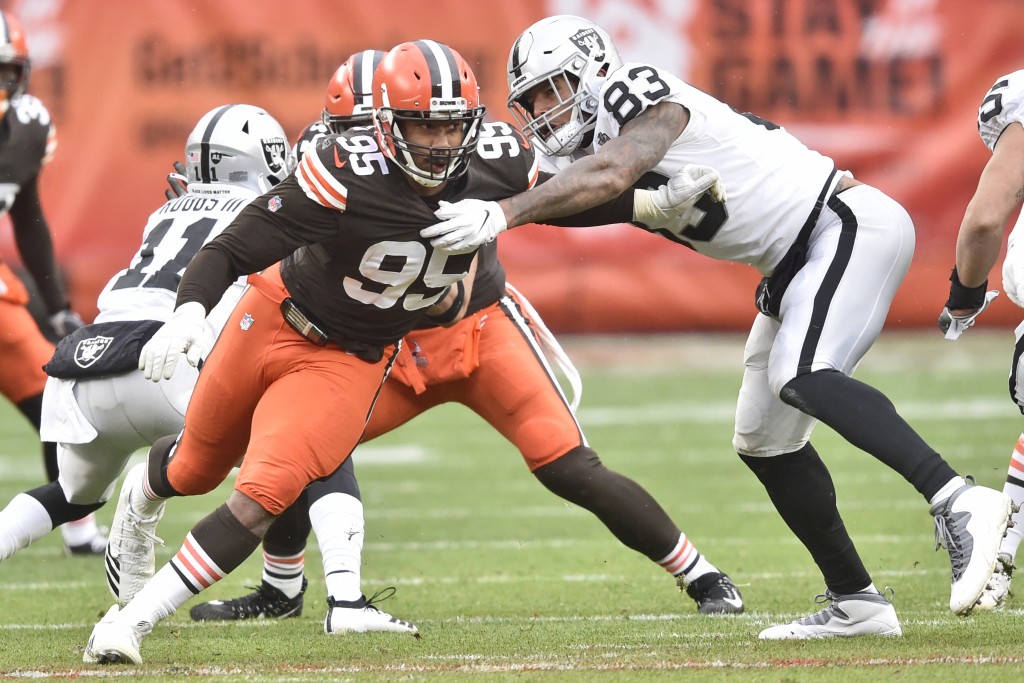 CLEVELAND (AP) — NFL sacks leader Myles Garrett remained isolated from his teammates for the second straight day, but the Browns expect him to return Friday and play this weekend against Philadelphia.

Garrett, who has 9 1/2 sacks, has stayed at home the past two days after not feeling well. As long as his next COVID-19 test comes back negative, the standout defensive end will be allowed back at the team's facility and to practice.

“Myles is scheduled to come back tomorrow. We will see,” Browns coach Kevin Stefanski said Thursday, emphasizing there are no givens in 2020. "With all of this, you just have to follow the protocols.”

The Browns (6-3) are also without starting right tackle Jack Conklin and kicker Cody Parkey as they get ready to play the Eagles (3-5-1). Both were placed on the COVID list on Wednesday after they were identified as high risk for having close contact with an outside practitioner who tested positive.

Stefanski said both Conklin and Parkey have “potential” to return Saturday and play Sunday. Fullback Andy Janovich, who played in last week's win over Houston, was also placed on the COVID list earlier this week.

Parkey is 11 of 12 on field-goal attempts since taking over when the Browns cut Austin Seibert after the Week 1 loss at Baltimore.

Browns special teams coordinator Mike Priefer said practice squad kicker Matt McCrane has been doing all the kicking while Parkey has been out.

“Hopefully we can get Cody back for the weekend,” Priefer said. “If not, Matt had a real good day yesterday, he’s going to kick again today, he’ll be ready to roll. The great thing is, our personnel people and myself, we’ve had a plan in place since July if something crazy like this happened.