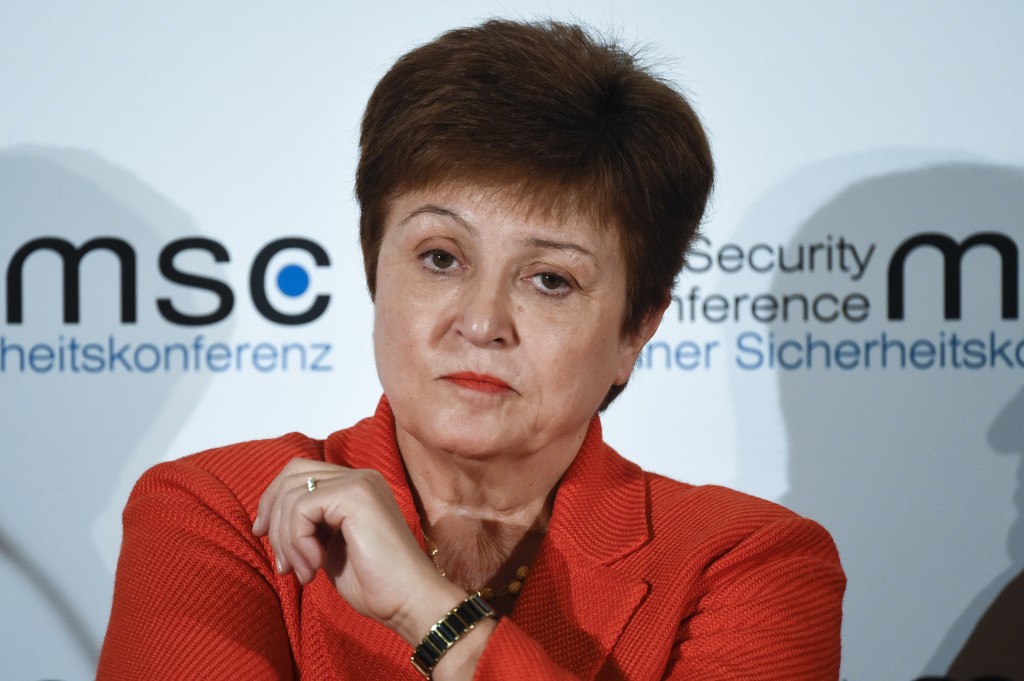 WASHINGTON (AP) — The head of the International Monetary Fund said Thursday that the while the United States and other major economies turned in better-than-expected economic performances in the third quarter, the world now faces slower momentum with a resurgence in coronavirus cases.

IMF Managing Director Kristalina Georgieva said in a note prepared for a virtual meeting of the leaders of the Group of 20 major economies that significant progress on the vaccines raised “hopes of vanquishing the virus that has taken more than a million lives and caused tens of millions of job losses” around the world.

The G-20 virtual leaders summit, which Saudi Arabia is conducting this week in its role as this year's head of the G-20, will focus on efforts to stabilize the global economy and hopefully, foster a rebound next year.

Last month, the IMF forecast that the global economy would contract by an historic 4.4% this year and then mount a partial and uneven recovery, with global growth rebounding by 5.2% next year.

“While a medical solution is now in sight, the economic path ahead remains difficult and prone to setbacks,” Georgieva said. Many risks remain, including the threat that new outbreaks may require more stringent shutdowns, she said.

Such a development, she wrote in her memo to accompany the IMF’s G-20 surveillance report, would mean that “growth will be lower, public debt higher and the scars on the long-term potential of the economy more severe.”

It is important that governments avoid a premature withdrawal of economic support, Georgieva said. She recommended that major economies consider a synchronized investment in infrastructure as a way to provide jobs.

“The bottom line is that we can build the impetus for growth, jobs and address climate change far more effectively if we work together,” she wrote.

The G-20 leaders' summits were begun in 2008 in an effort to find ways for the world’s major economies to cooperate to address the global downturn that occurred after the 2008 financial crisis pushed the global economy into a deep recession.

In addition to traditional economic powers like the United States, Japan, Germany, France and Britain, the G-20 includes major developing countries such as China and India.