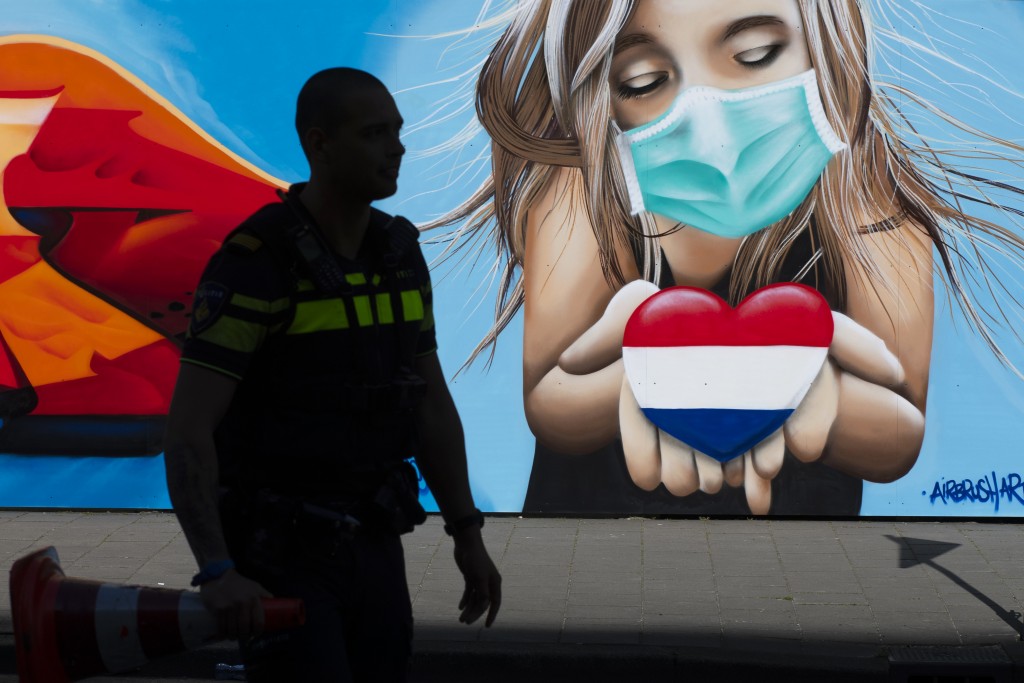 THE HAGUE, Netherlands (AP) — An advisory panel said Thursday that the Dutch government should prioritize coronavirus vaccinations for people over age 60, those with underlying health problems and frontline health care workers when the first shots become available.

The advice from the Health Council of the Netherlands tackles the question of who should get first access to the vaccines -- a potentially thorny issue that governments around the world are starting to confront with vaccines against the virus likely becoming available in the coming months.

Dutch Health Minister Hugo de Jonge tweeted that the council’s recommendation was clear: “Give priority in vaccinations to the elderly, the ill and health care workers.”

He added that the government would “quickly take an initial decision about the vaccination strategy.”

The health council said its proposed strategy was aimed at reducing serious illness and deaths.

The confirmed Dutch death toll in the pandemic is more than 8,600, although the true number is higher because not all people who died of suspected COVID-19 were tested.

Infection rates have been dropping in recent weeks since the Netherlands was put under a partial lockdown in mid-October.

The council said in a statement it “expects that the maximum health benefit can be achieved” by starting vaccinations among the oldest people over 60 who also have a serious health condition.

It added that as the government builds out its vaccination policy, “other factors can play a role, such as continuity of health care.”

The council said its advice was based on the limited information currently available about vaccines and the current rates of infection in the Netherlands.

If infection rates are lower, “more collective health benefits could be achieved” by using vaccinations to rein in the spread of the virus, the council said, adding that such a strategy would be dependent on whether vaccines not only protect against illness, but also against passing on the virus.

The council said its advice could change, “once more is known about the suitability of the vaccines for specific groups, for example elderly people.”