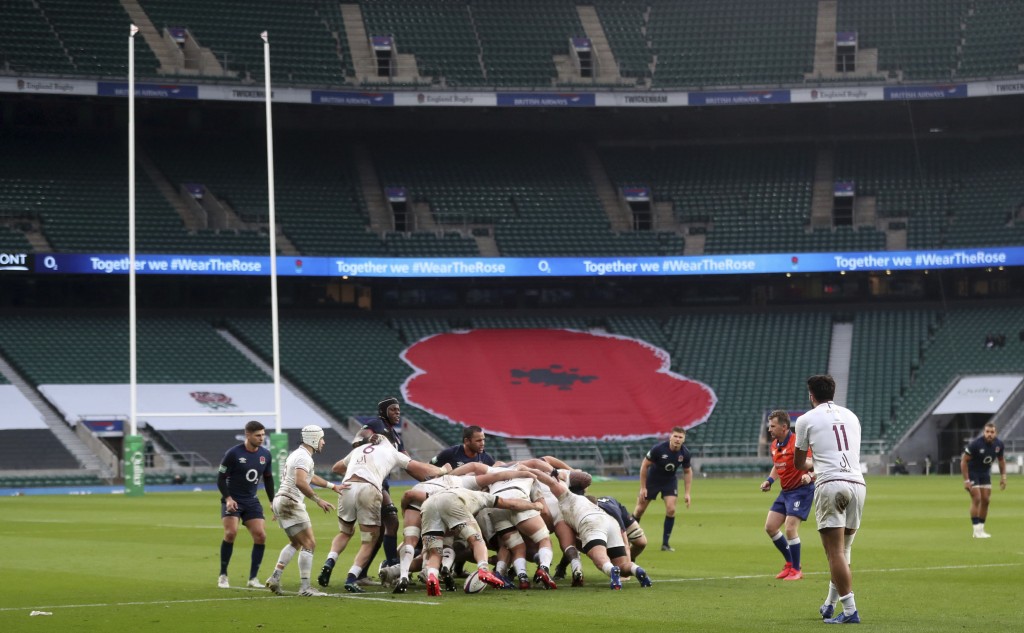 LONDON (AP) — English sports are receiving 300 million pounds (almost $400 million) from the government — with half going to rugby — to help them survive without fans being allowed into venues during the pandemic.

Sports governing bodies and teams will receive bailouts mostly as loans. Men's professional football and cricket are not part of the “Sports Winter Survival Package.”

“We know the vast majority of sports — many of which operate on tight financial margins — have been making serious cost reductions, such as locking down grounds, taking up the furlough scheme for many staff and halting excess payments,” Sports Minister Nigel Huddleston said on Thursday.

“Whilst the government’s overall economic package has provided a significant buffer, it is absolutely right that we now intervene to protect entire sports, and the communities they support, as we navigate this pandemic.”

Football will receive 28 million pounds, with 3 million pounds for the Women's Super League and second division Championship, and the rest going to men's teams outside of the four professional divisions.

“These are unprecedented times for our sector, and those sports and leagues that rely so heavily on spectators for their income that have been especially impacted by the pandemic,” said Tim Hollingsworth, chief executive of Sport England. “The role they play in their local communities is vital and this package of support from government will be hugely welcomed.”