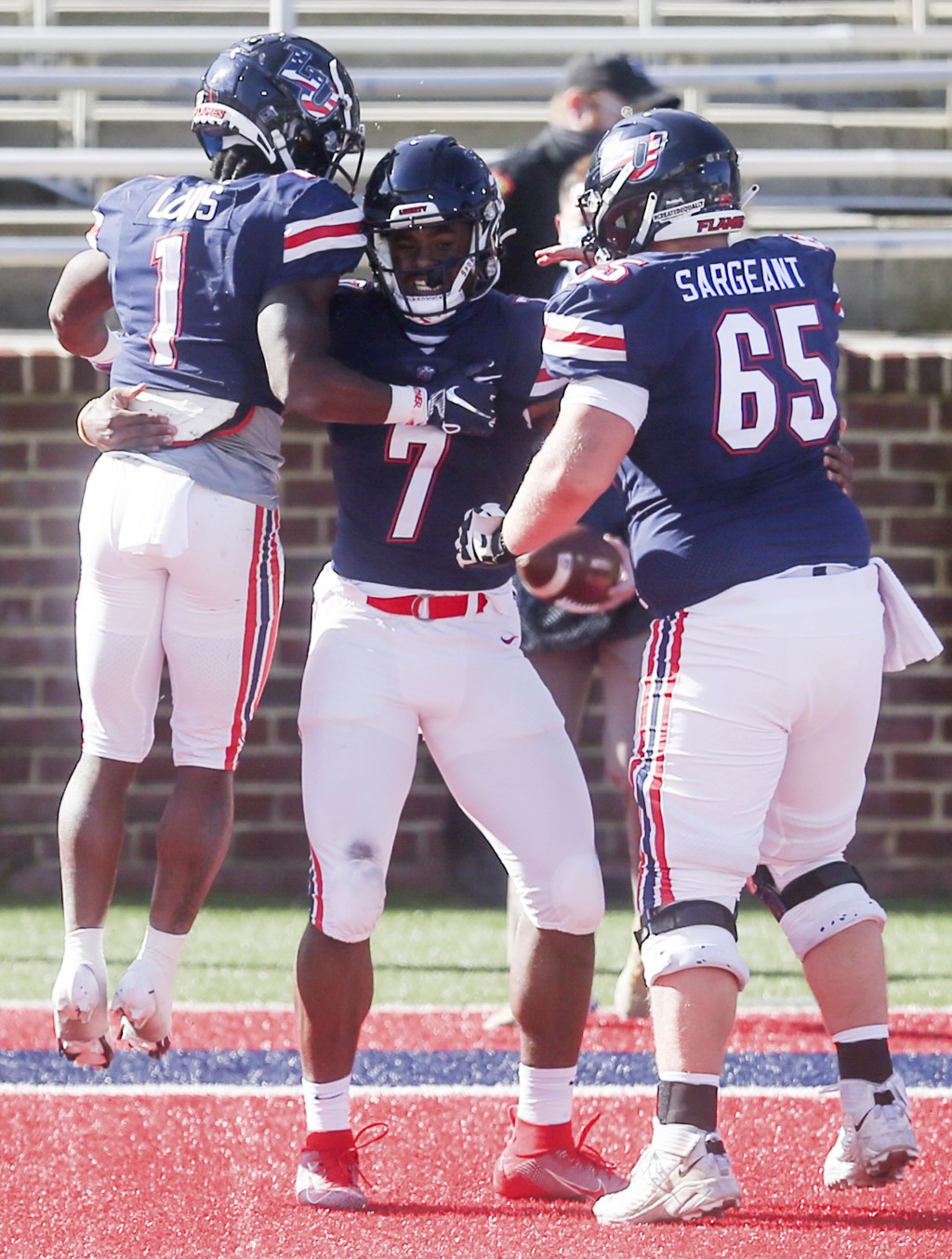 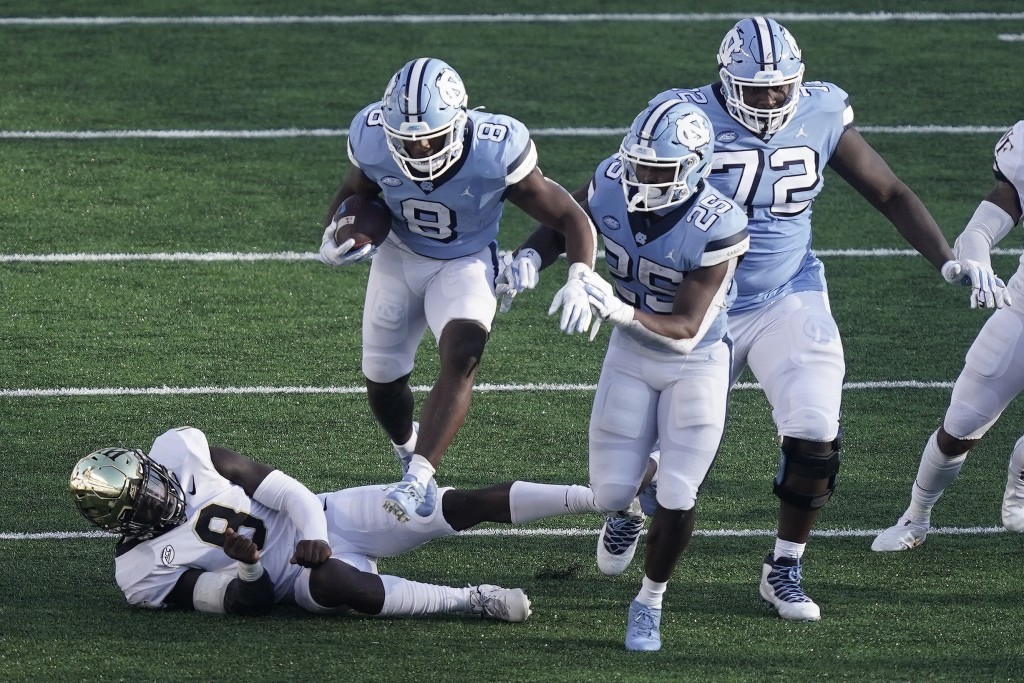 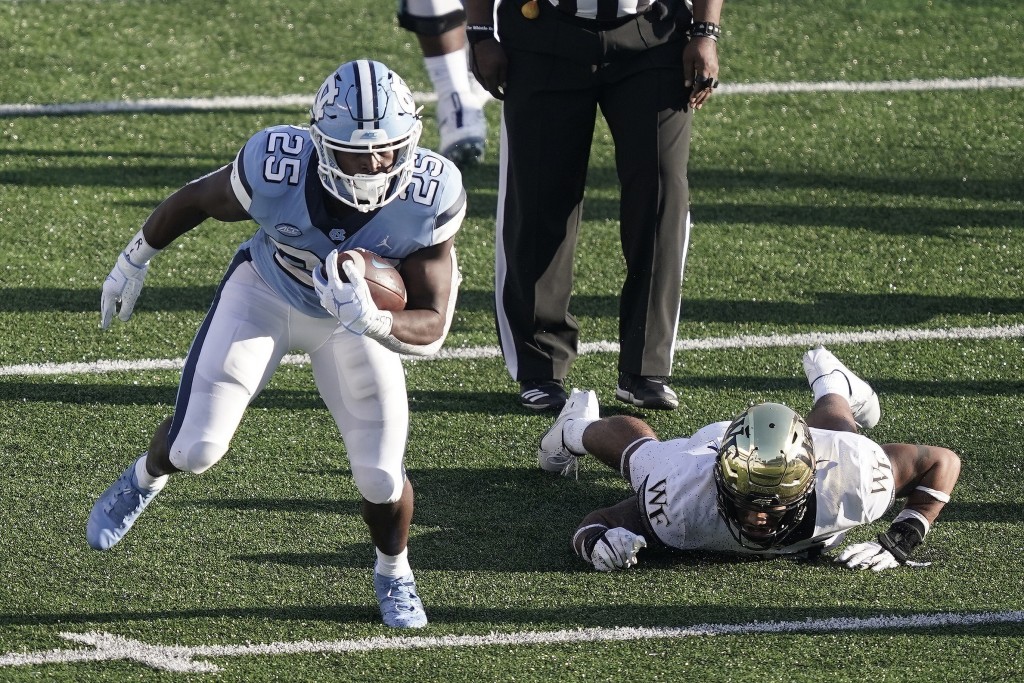 Here's what to look for in Week 11 in the Atlantic Coast Conference:

No. 21 Liberty at North Carolina State. The independent Flames (8-0) look to finish 3-0 against ACC teams this season, having beaten Syracuse 38-21 last month and Virginia Tech 38-35 nearly two weeks ago. Already off to their best start in school history, they can match the program’s longest winning streak with an 11th consecutive victory. Liberty’s offense ranks 18th in FBS at nearly 491 yards per contest and 12th in rushing (254.5). Dual-threat quarterback Malik Willis has passed for 15 of his 24 touchdowns, including 12 combined scores the past three outings. N.C. State (5-3) halted a two-game slide with a 38-22 win over Florida State. Sophomore linebacker Payton Wilson leads the ACC in tackles at 10.7 per game with Isaiah Moore 12th, Drake Thomas 17th and safety Jakeen Harris 25th. The Wolfpack are 1-2 against ranked opponents.

Virginia Tech’s ground game vs. Pittsburgh’s defense. The Hokies (4-4, 4-3) visit the Steel City leading the ACC in rushing at 262.8 yards per game but will face a stingy Panthers unit that is the league’s best against the run (78.8 yards) and overall (296.5). Tech features senior Khalil Herbert (106.5 per game) and dual-threat junior quarterback Hendon Hooker (95.7), who rank third and sixth respectively in the ACC. Pitt (4-4, 3-4) beat Florida State 41-17 to snap a four-game losing streak but allowed a season-high 146 yards on the ground. The Seminoles were the third consecutive Pitt opponent to rush for at least 109 yards.

Florida State (2-6, 1-6) hosts No. 4 Clemson (7-1, 6-1) as a 34½-point underdog (as of Wednesday) and losers of the past five meetings by an average margin of 22 points. The visiting Tigers have won the past two alone by a combined 80 points, including last year’s 45-14 shellacking, and will have quarterback Trevor Lawrence back behind center after testing positive for COVID-19 and missing the past two games.

Louisville rushed for a season-high 317 yards in a 31-17 loss at Virginia, led by quarterback Malik Cunningham’s career-high 197 yards on 20 carries. It was the most by a QB in FBS this season. The Cardinals were without Javian Hawkins, who this week opted out of the rest of the season as the ACC’s top rusher at 117.4 yards per game. The Cardinals rank fourth in ACC rushing at 201.6 yards per game.