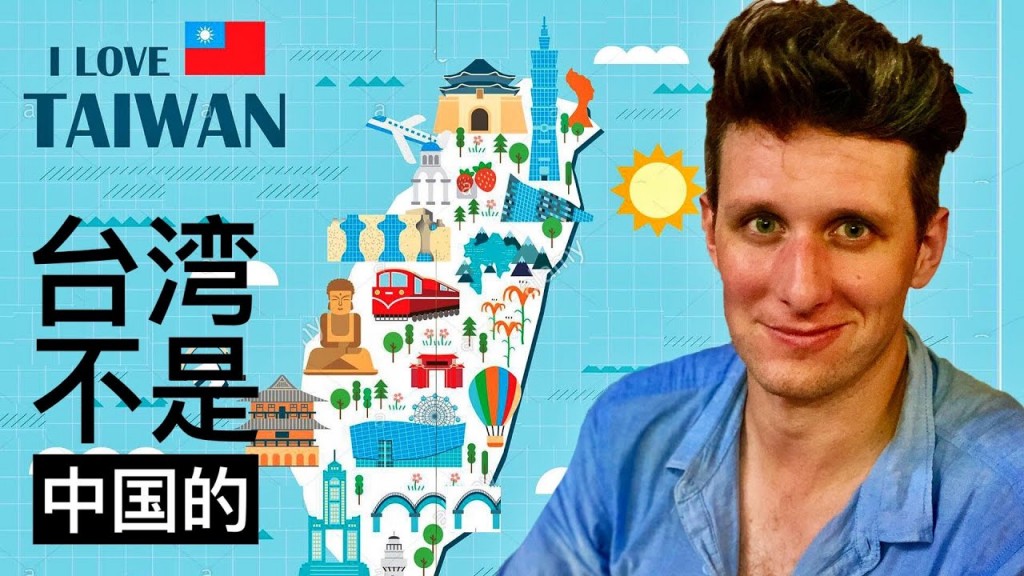 TAIPEI (Taiwan News) — A popular American YouTuber on Wednesday (Nov. 18) posted a rebuttal to a video by countryman Nathan Rich, who made the erroneous claim that Taiwan is part of China.

Tye first shot down China's claim that Taiwan has always been part of China, saying this is like claiming the U.S. is still part of the U.K., despite the fact that the U.S. won a war for independence. He then pointed out that Canada, South Africa, Australia, and New Zealand had all also once been part of the British Empire but that they are now independent countries because "time changes things."

Tye also noted that Taiwan is no longer under the leadership of the nationalists, saying that if China had launched an invasion and conquered Taiwan, it would indeed be part of China. "But, alas, it is not," thus necessitating the need to create a video to counter Chinese propaganda from the likes of Rich to set the record straight.

He observed that martial law in Taiwan was lifted in the 1980s, that the country no longer actively claims that "China is theirs," and its people have elected a president that supports a Taiwanese national identity distinct from China's. Tye asserted that since the U.S. signed the Taiwan Relations Act in 1979 to provide for Taiwan's defense, the communist regime in Beijing is bitter that it never "took back Taiwan when it had the chance."

Tye claims that China threatens to "blow Taiwan to smithereens multiple times per year" for propaganda purposes because it's "dangerous for Chinese people to wonder why Taiwan is a freely elected democracy with much more freedoms than they have in China." He said China fears its own people will realize that Taiwan is "a hell of a lot more prosperous, moral, and sustainable than authoritarian China."

Dispelling the myth that Chinese people are much wealthier than Taiwanese, Tye pointed out that Taiwan has a GDP per capita based on Purchasing Power Parity (PPP) of US$54,019, while China lags far behind at US$17,206.

Addressing Rich's argument that Taiwan is not an independent country because most countries do not officially recognize it, Tye responded with eight key facts that distinguish it as a sovereign nation.

First, Taiwan has a passport whose holders enjoy visa-free status in 146 countries, while a Chinese passport only yields visa-free passage to 71 countries.

Second, Taiwan has its own military, and males are still subject to mandatory conscription, while China does not have such a requirement. He said the fact that Taiwan is constantly training to defend itself from a Chinese invasion demonstrates that they are not currently the same country.

Third, Taiwan has its own government, laws, and constitution, none of which is controlled by Beijing. Tye contrasted Taiwan's democracy ruled by an elected government with China's dictator for life who is not chosen by the people.

Tye introduces Taiwanese head of state Tsai Ing-wen (蔡英文) as a "female president who was fairly elected by the people of Taiwan." The video then cuts to an interview with the BBC in January in which Tsai said, "We don't have a need to declare ourselves an independent state because we are an independent country already."

Fourth, Taiwan has its own currency, banks, and trade agreements with other nations. To further drive home the point, Tye emphasized that when a person makes a withdrawal from a bank in Taiwan, they receive New Taiwan dollars, not Renminbi, "the currency of China with Mao's fat face all over it."

Fifth, Taiwan's writing system is different in that it still uses traditional characters, as opposed to the simplified script seen in China. Unlike China, where only standard Mandarin is the official language, Taiwan has several official languages, including Mandarin, Hakka, Taiwanese Hokkien, Matsu, sign language, and numerous indigenous Formosan languages.

Sixth, Taiwan has its own education system and media that is not beholden to the Chinese Communist Party (CCP). As can be seen with its plethora of news agencies, Taiwan enjoys an open and free press that is privatized, while all news agencies in China are state-run, earning it a rating of 10 out of 100 on the Freedom House Index.

In contrast, Taiwan received a score of 93, making it one of the freest countries in the world. Tye highlighted the fact that Taiwan ranks ahead of the U.S., which was rated at 86.

Seventh, Taiwan has free and unfettered access to the internet. China, on the other hand, blocks many websites with its Great Firewall and employs an army of cyber soldiers to amplify propaganda that praises the communist autocracy and downvote content that criticizes the CCP's rule.

Eighth, the vast majority of Taiwanese do not consider themselves Chinese, and a growing number oppose unification. Tye cited a Mainland Affairs Council (MAC) poll from last year that found that 86 percent of Taiwanese either want independence or to maintain the status quo, while only 11 percent support unification with China.

Tye then reasoned that "It's not fair that China consistently threatens Taiwan with military force when it's clear that they've both grown in different directions." He added that China continues to bully countries that try to engage in diplomatic relations with Taiwan by severing trade ties or "making idle threats."

He concluded that Taiwan is a threat to China "only because it manages to be a nation of Chinese people who have become a thriving, wealthy, moral, and transparent democracy that maintains Chinese traditions and cultures." On the other side of the strait, however, China has become "a brutal authoritarian dictatorship that continues to lose credibility as it consistently shows that it's a giant crybaby who has to use thuglike tactics and censorship to promote its ideology." 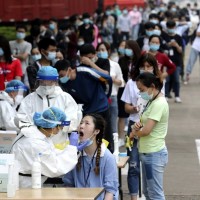