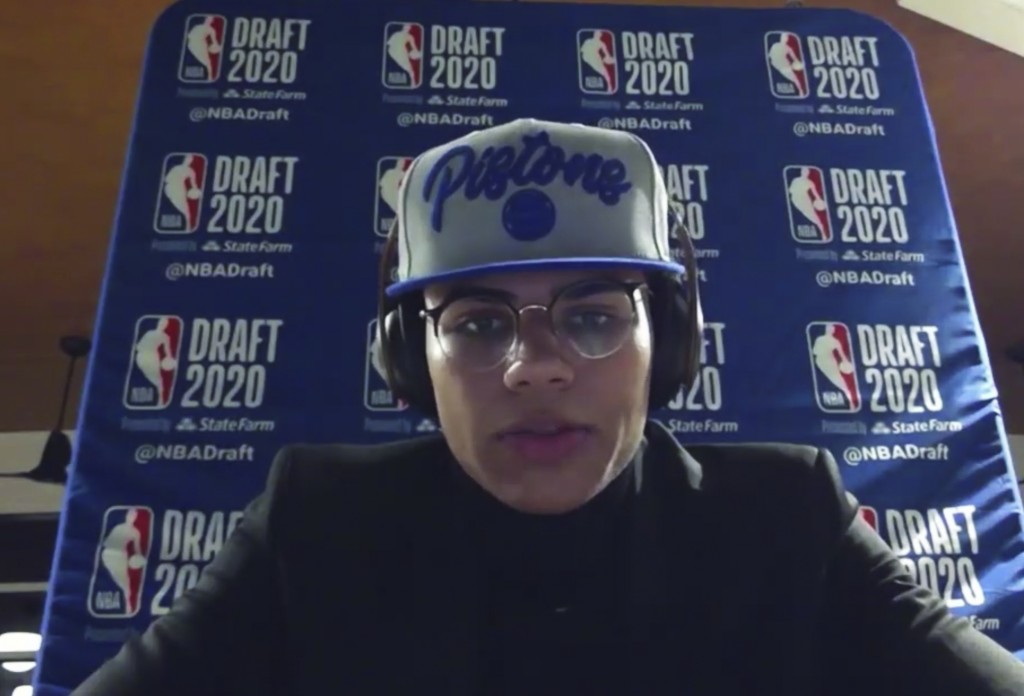 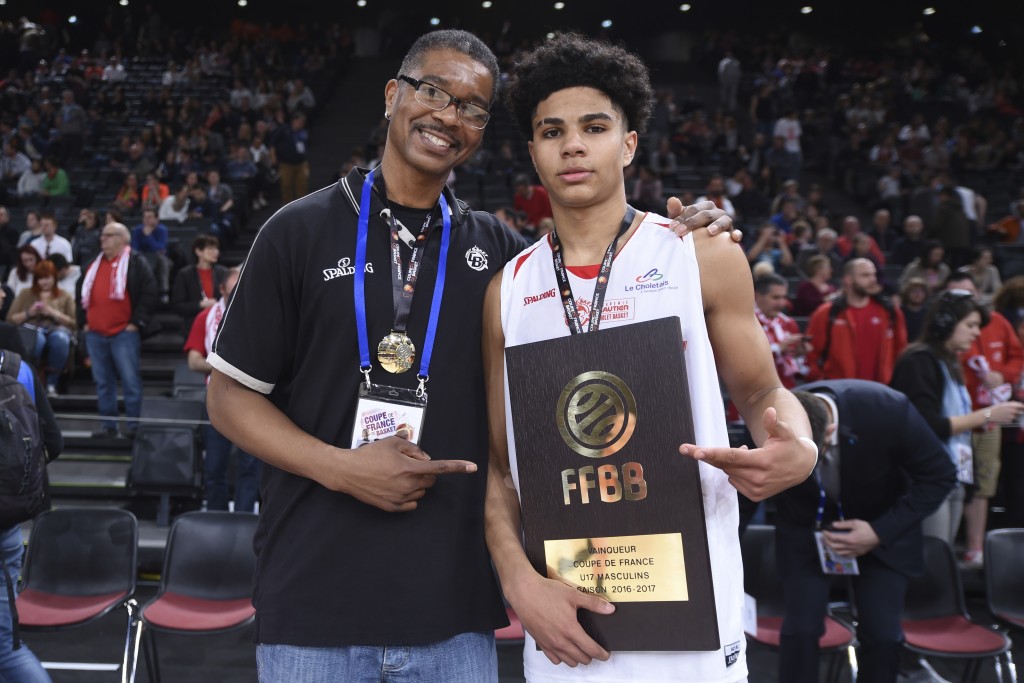 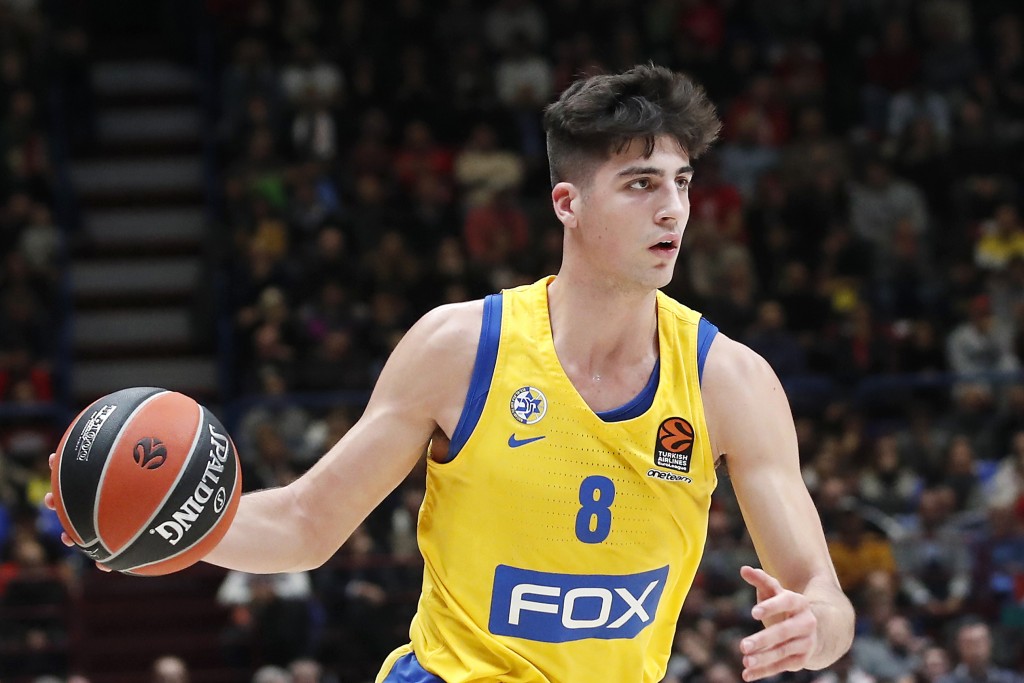 It never takes long for the international flavor to hit the NBA draft, and Wednesday was no exception.

With Killian Hayes and Deni Avdija going seventh and ninth respectively, it was the eighth consecutive year where a pair of international players went in the draft’s first 10 picks. Hayes was born in Lakeland, Florida but holds French citizenship, and going seventh overall made him that nation’s highest pick ever.

“It’s a cool title to hold, but it’s not something I was aiming for,” Hayes said. “I’m just trying to be in a great situation where I’m able to play and show what I can do.”

Avdija was picked by Washington. The Israeli player was in Tel Aviv for the announcement, which came at about 4 a.m. Thursday local time.

“Israel is such a small country that doesn’t provide as many NBA players as other countries, but for me just to represent my country and to make history, that’s a blessing,” Avdija said. “I have the whole nation behind me. I hope I’m going to represent well. I never dreamed about this moment. I’m thinking it’s just still a dream. I mean, I don’t have any words.”

The first round had a slew of international influence.

No. 3 pick LaMelo Ball played internationally in Australia. No. 17 pick Aleksej Pokusevski is a Serbian who played in Greece. No. 18 pick Josh Green played college basketball at Arizona, but hails from Australia. No. 20 Precious Achiuwa hails from Nigeria originally, and now is part of the Miami Heat. And Leandro Bolmaro played in Spain and getting taken No. 23 made him the highest-drafted Argentinian player ever.

The draft was taking place at ESPN’s headquarters in Bristol, Connecticut and no players were there. But making sure the draft picks had the right cap to wear is always a top priority for the league on draft night -- and the NBA found a way to make it happen.

The league sent 30 top draft prospects a box containing the draft hat for all 30 teams. Also in the package from the league: a personalized Spalding basketball, a collection of Beats items -- portable speaker, wireless over-ear headphones and wireless headphones -- and an Oculus headset.

Prospects also received a technology package from the NBA and ESPN including a Microsoft Surface tablet, more Beats earbuds and a wireless speaker, an iPhone with a tripod, a Ring light, plus cables needed to hook everything up and turn their homes into temporary broadcast studios.

NBA Commissioner Adam Silver said on the ESPN draft telecast that the league and the National Basketball Players Association has met with soon-to-be-rookies virtually, in an effort to prepare them for the whirlwind that awaits.

There's no summer league this year, nor is there an in-person rookie symposium. And training camps start in less than two weeks, so the learning curve for rookies will be very steep.

“We can do a lot by Zoom and other platforms," Silver said, adding that the league and the union will continue educating newcomers on what life in the NBA is like over the coming weeks.

A collection of nuggets from draft night:

-- With James Wiseman going No. 2 to Golden State, Memphis coach Penny Hardaway becomes the first person to have coached a top-three pick at the college level and be one himself. Hardaway was the No. 3 pick in the 1993 draft.

-- No. 1 pick Anthony Edwards of the Minnesota Timberwolves said he’s eager to try and play against Brooklyn's Kevin Durant. His reasoning? “Just because he’s the best player in the league," Edwards said. “He’s 7 feet, unguardable. He can do everything a little guard can do. That’s easy. That’s who I’m ready to play.”

-- Duke did not have a first-round selection. Vernon Carey Jr. was the first Duke player off the board, going two picks into the second round.

-- Tyrese Maxey went No. 21 overall to Philadelphia, so Kentucky has now had at least one first-round pick in every NBA draft since 2009.