Reviewers spotlight noteworthy wine discoveries based on criteria such as sustainability, innovation, investment value and age-worthiness. 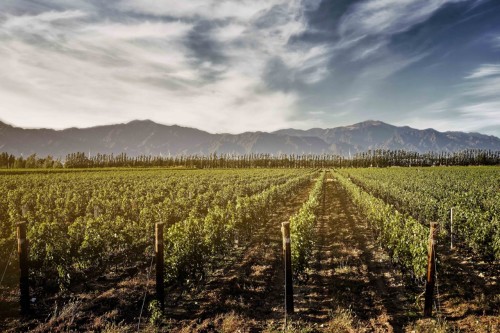 Domaine Franco-Chinois is the new product to emerge from the old Sino-French experimental vineyard and winery located in Hebei, China. This is a joint venture between the Chinese government (CITIC) and the French government

From over 30,000 wines reviewed by the ten-strong team of wine critics over the last year, this Top 100 Wine Discoveries list complements the 100-point rating system developed by Robert Parker Wine Advocate back in 1978, spotlighting not the well-known, highest scoring wines, but those singular wine gems revealing unexpected greatness or fresh, exciting new takes on familiar labels.

The selection discovers a number of wines produced from lesser-known grape varieties and/or in non-traditional growing regions, and also rediscovers dozens of renowned marques that are making significant innovations, such as in sustainability and terroir-driven decisions, that are informing the taste of the new generation. Wineries in the Old World regions such as France and Italy show plenty of innovation, while the United States has emerged as one of wine's most innovative frontiers.

"The results of our assessment highlighted to us that there are wines that are not necessarily our top-scoring wines, but have compelling stories behind the bottle. So much change and innovation is currently happening in regions around the world, whether new like California or those with a long history like Bordeaux. Even if the labels are not at all new, what's happening behind those famous names and all that regional tradition is occasionally quite innovative. These stories and innovations are what consumers are increasingly motivated by when they seek out new discoveries--hence the creation of what we offer our readers as our Top 100 Wine Discoveries," said Lisa Perrotti-Brown MW, Robert Parker Wine Advocate, Editor-in-Chief.

As noted by Robert Parker Wine Advocate China reviewer Edward Ragg, "China is expanding into producing a wider range of wine styles, as interest within and outside of the country grows. The two whites showcased in this list make this point. While Domaine Franco Chinois, a joint venture between the Chinese and French governments, is associated with red blends in a Bordelais mould, its best wine is arguably its sweet Petit Manseng. This 2014 example has all of the vibrant quince fruit and buoyant acidity of the varietal and is one of China's highest quality and more age-able sweet whites. And at Chateau Nine Peaks in Shandong, a region better known for beer, its Chardonnay has the abundant fruit of Meursault, with softer acids and no lack of texture."

This year's Wine Discoveries were handpicked by all 10 reviewers from over 30,000 wines reviewed between October 2019 and October 2020. The selection criteria for the Top 100 Wine Discoveries are founded on wines that come from outside the mainstream or are new, and have one or more of the following attributes: value, age-worthiness, sustainability, and wines that represent innovative approaches, whether in the vineyards, winery or otherwise. Not every wine region will be equally represented, and not every vintage is created equal.

"The regional composition of this list will vary considerably from year to year, depending on local weather conditions and the number of wines reviewed from the different parts of the wine-growing world," said Joe Czerwinski, Robert Parker Wine Advocate, Managing Editor.

The next big thing: Spotlight on wineries in the list

For the inaugural list, the reviewers have discovered or rediscovered an exciting range of wines in a new light. Each one has its story of why it stood out, whether it's a rising star, an experiment, or a value investment that would match similar styles in a reader's cellar. Get to know a few here:

"Even though their labels are beautiful and catch the eye, it's what's inside the bottle that is truly captivating,' said Robert Parker Wine Advocate South Africa and Washington State reviewer Anthony Muller of this rising star from Tulbagh, South Africa. "The 2016 Union is a Rhône style blend made from Syrah, Carignan and Mourvèdre, which boasts dusty, dark-berried aromas with a floral elegance, that is both food-friendly and age-worthy."

Anthony Muller has also spotted this relatively new kid on the block in Washington State, USA. "Focusing on Bordeaux varietals, Aquilini wines are owned by the Canadian billionaire family of the same name, who spare no expense to craft fine, high-quality wines from Red Mountain," he noted. It's not too late to start investing in discoveries from this region, which has produced 100-point wines in recent years.

There are rising stars in the southern French region of Languedoc, and this is one that stood out for Joe Czerwinski. "Made without added sulfites, and selling for a song (under $20), this new cuvée does a fine job representing the 'new Languedoc'. Organically farmed, it's a delicious blend of traditional grape varieties (Grenache, Carignan and Syrah) from an underrated appellation," he explained.

Robert Parker Wine Advocate Italy Reviewer Monica Larner's search led her to the heart of Tuscany and the Conca d'Oro vineyard in Panzano in Chianti where biodynamic vintner Maurizia Di Napoli offers the iconic wines d'Alceo and Sammarco. "A pure expression of Merlot, Liù is an exciting new addition to the Castello dei Rampolla portfolio," she shared, of this winery that isn't afraid of innovating, first with international blends in the 1970s, to biodynamics for the past 20 years.

"Expect great things in the future from this producer, this is a Chateau to watch!" observed Lisa Perrotti-Brown. A newcomer to Pomerol, Séraphine was purchased by British businessman Martin Krajewski in late 2016, and this 2017 is the first vintage and a very promising beginning. Krajewski is also the owner of Grand Cru Saint-Émilion estate Clos Cantenac and Aristea Wines in South Africa.

In summary, "While our critics spend much of their time reviewing traditional wines from classic wine regions, part of the ethos at Robert Parker Wine Advocate has always been about discovering great wines, regardless of where they're from and how they're made. With the team's global reach and decades of experience, Robert Parker Wine Advocate is uniquely qualified to highlight new or innovative wines that today's modern wine consumers should seek out," said Lisa Perrotti-Brown MW.

To mark the occasion of this inaugural list, Robert Parker Wine Advocate is giving a one-month complimentary trial for all new subscribers, where they can access the full details of the selection. After that, the essential one-year subscription to RobertParker.com can be continued at the usual membership fee with access to an unparalleled database of more than 450,000 wine tasting notes, ratings and in-depth reports from expert reviewers around-the-world, as well as priority booking for Matter of Taste (a premier fine-wine tasting event) and more.