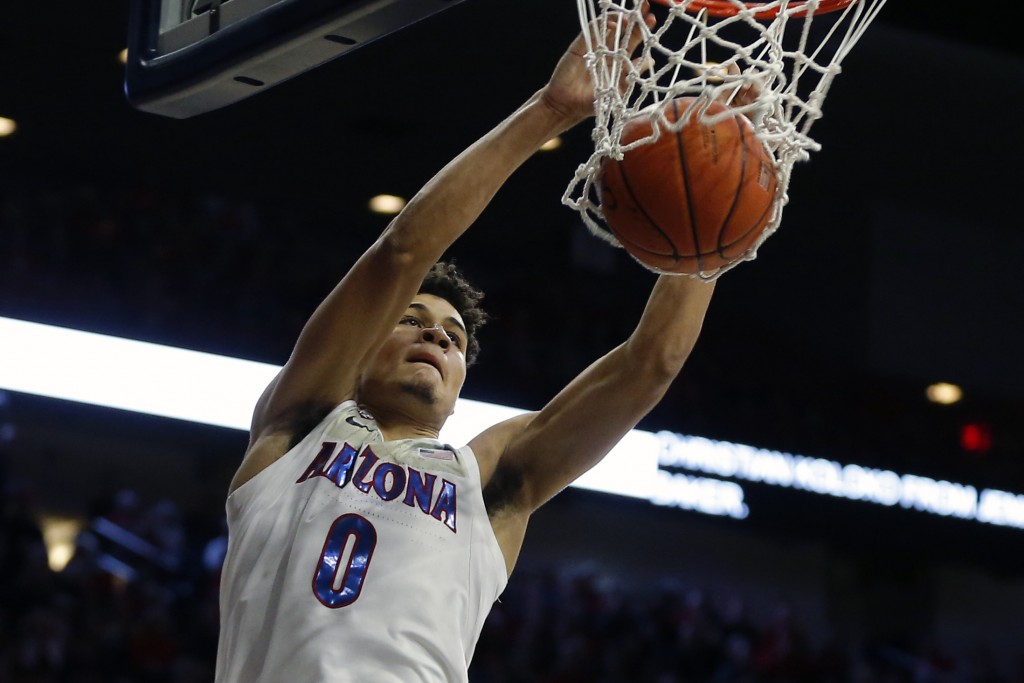 DALLAS (AP) — The Dallas Mavericks drafted Arizona guard Josh Green with the 18th pick in the first round Wednesday night, adding a backcourt mate for Luka Doncic as they continue to build around the 21-year-old sensation and fellow European star Kristaps Porzingis.

Green has international roots as well, growing up in his native Australia before moving to the United States and playing high school basketball at IMG Academy in Florida.

Green entered the draft after a pandemic-shortened freshman season at Arizona, where he averaged 12 points per game and shot 36% from 3-point range. The 6-foot-6 swingman was a defensive standout for the Wildcats, leading the team with 46 steals.

Led by Doncic and Porzingis, the Mavericks made the playoffs for the first time in four years, losing to the Los Angeles Clippers in six games in the first round at the NBA bubble in Florida.

The question has been whether Dallas would use the draft or free agency to build around the young Euro stars. Teams can begin negotiating with free agents Friday and start signing deals Sunday.

The addition of Green comes with the Mavericks expecting shooting guard Tim Hardaway to exercise the $19 million option on his contract. President of basketball operations Donnie Nelson has said Hardaway is important piece as the Mavericks try to move toward title contention.

Porzingis is expected to miss the start of the season coming off surgery to repair a meniscus tear in his right knee. He missed all of 2018-19 after tearing the ACL in his left knee with the New York Knicks, who traded him to Dallas last year.

Dwight Powell is expected to be ready when the season starts after tearing an Achilles tendon last season. When Powell is healthy, he can play center and allow Porzingis to move to forward, probably the most suitable spot for the 7-foot-3 Latvian.

Jalen Brunson, the backup to Doncic at point guard, should be ready to return after shoulder surgery cut short his 2019-20 season. The two-time NCAA champion at Villanova was drafted in the second round the same year Doncic went third overall.

The Mavericks finished as the seventh seed in the Western Conference, but entered the restart with a chance to finish in the top four. Dallas hasn't been seeded that high since winning the franchise's only championship in 2011.