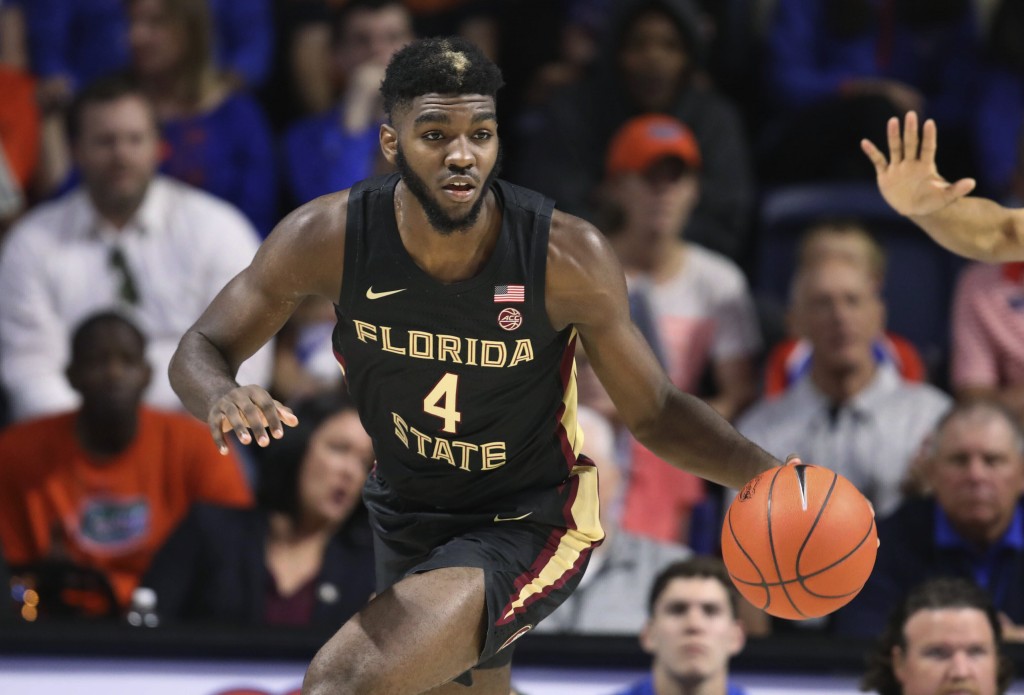 CHICAGO (AP) — The Chicago Bulls drafted versatile Florida State forward Patrick Williams with the No. 4 pick on Wednesday night, the next big step for a rebuilding team with a new front office led by Arturas Karnisovas.

The 19-year-old Williams was the Atlantic Coast Conference’s sixth man of the year and helped the Seminoles win their first ACC regular-season crown. At 6-foot-8 and with a nearly 7-foot wingspan, he can defend multiple positions and had a team-high 30 blocks.

The Bulls also have a second-rounder at No. 44 overall.

The draft was the first for Chicago not led by longtime executives Jerry Krause or John Paxson since 1984. Back then, Rod Thorn used the No. 3 pick to take some guy out of North Carolina named Michael Jordan.

The Bulls finished 22-43 last season and were one of the eight teams that didn’t qualify for the NBA’s restart at Walt Disney World. They were 11th in the Eastern Conference when play was stopped because of the COVID-19 pandemic in March and decided they needed new leadership.

The 49-year-old Karnisovas starred at Seton Hall and had a successful international career that included two Olympic bronze medals playing for Lithuania. He worked in basketball operations for the NBA from 2003-08 and spent five years as an international scout for the Houston Rockets before joining Denver’s front office in 2013. He became the Nuggets’ general manager four years later, with Tim Connelly promoted from GM to president of basketball operations.

All that explains why Chicago hired Karnisovas as executive vice president of basketball operations in April while shifting Paxson into an advisory role. The Bulls also fired Gar Forman and brought in general manager Marc Eversley from Philadelphia to replace him. And they didn't stop there.

They let former coach Jim Boylen go in August and struck it big in the search for his replacement when they hired Billy Donovan in September. The 55-year-old Donovan led Oklahoma City to a 243-157 record and playoff appearances in each of his five seasons. But with an expiring contract, he and the Thunder split in what the team said was a mutual decision. Donovan also won two NCAA championships in 19 season coaching at Florida.