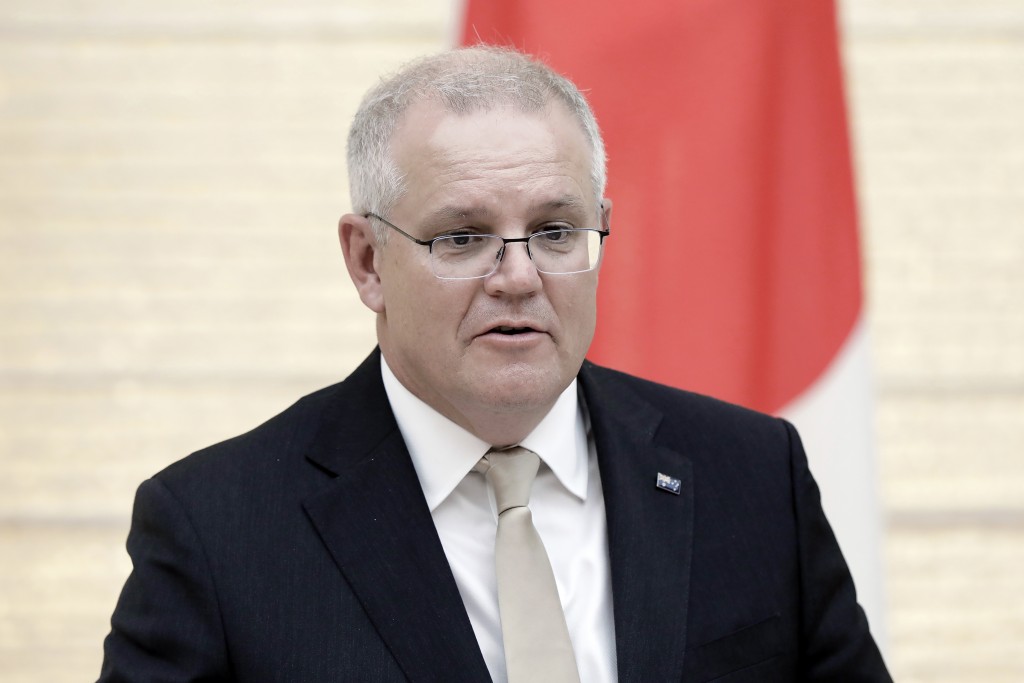 BEIJING (AP) — China on Wednesday called on Australia to take action to stem worsening relations between the two countries, in the latest indication that Beijing will offer few if any compromises to resolve their disputes.

Foreign ministry spokesperson Zhao Lijian’s comments came the same day that China’s embassy in Canberra delivered a list of 14 areas of disagreement between the sides in which China expects Australia to change direction, Australian media reported.

Zhao made it clear China holds Australia responsible for the deterioration in ties, saying that “whoever started the trouble should end it.”

“I want to stress that the Australian side is completely aware of the crux of the decline of the bilateral relations," Zhao told reporters at a daily briefing. “We hope the Australian side should do more to improve the mutual trust and cooperation and enhance the comprehensive strategic partnership between the two countries.”

Relations have been strained in recent years amid Chinese anger over a range of issues, including Australia’s crackdown on perceived political interference by Beijing, Chinese investments and a call for an independent investigation into the origins of the coronavirus pandemic that was first detected in China late last year.

China has retaliated mainly by barring Australian exports including barley, wine and coal, throwing billions of dollars of trade into question.

In a move likely to further irk Beijing, the leaders of Australia and China's historic rival Japan reached a basic agreement Tuesday on a bilateral defense pact that would allow their troops to work more closely, part of a push to bolster their ties and counter China’s growing assertiveness in the Asia-Pacific region.

In a joint statement, Australian Prime Minister Scott Morrison and his Japanese counterpart, Yoshihide Suga, expressed “serious concerns about the situation” in the South and East China Seas and “strong opposition” to militarizing disputed islands and other unilateral attempts to change the status quo, without identifying China — signaling their sensitivity toward their biggest trading partner.