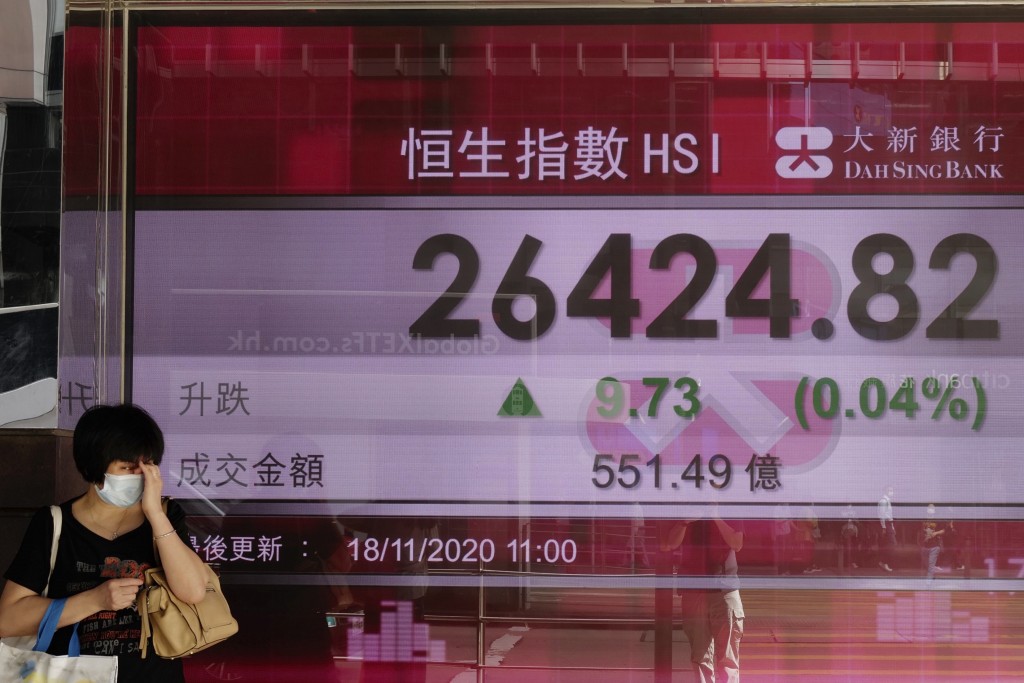 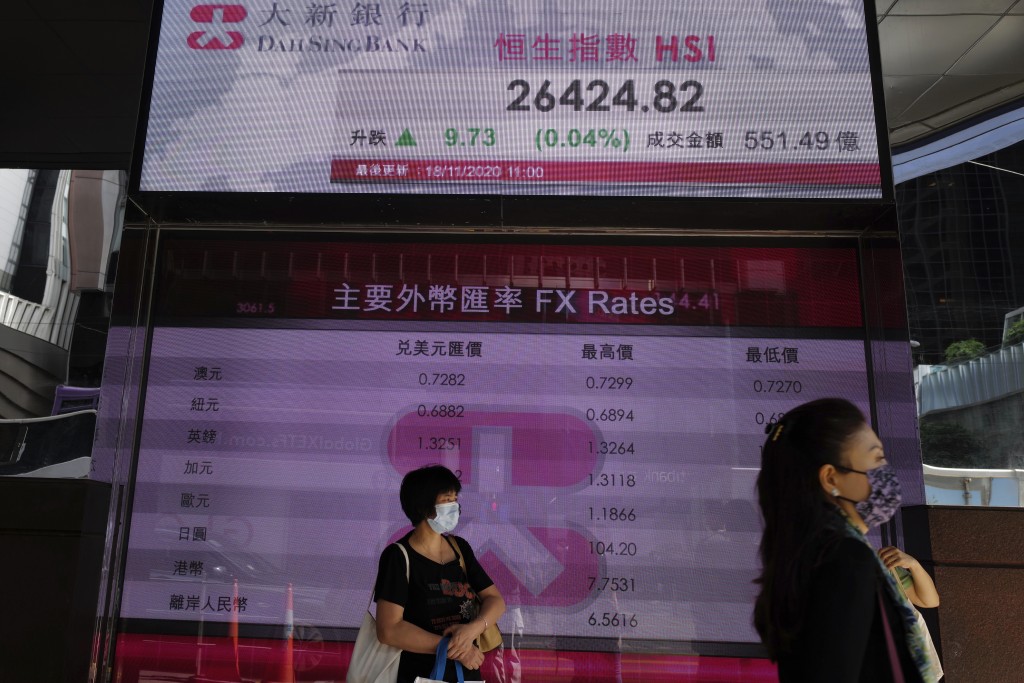 BEIJING (AP) — Asian stock markets were mostly higher Wednesday after Wall Street declined as hopes for a possible coronavirus vaccine were tempered by worries about the pandemic's lingering impact.

Traders have been encouraged by announcements about possible progress toward a coronavirus vaccine. But growing infection numbers in the United States and Europe has raised the threat of renewed restrictions on business and movement.

“The reality of rising COVID-19 cases got hold of financial markets,” said Mizuho Bank in a report.

That was “a warning shot that Covid-19 is still with us, and its effects will not miraculously disappear overnight,” said Jeffrey Halley of Oanda in a report.

The chairman of the Federal Reserve, Jerome Powell, said Tuesday the American economy has a “long way to go” before it returns to pre-pandemic levels.

Powell warned the “next few months may be very challenging." He said the Fed is committed to supporting a recovery.

Stocks that stormed higher this month on hopes that a vaccine or two may get the global economy back to normal next year receded.

Extra unemployment benefits that helped to support U.S. consumer spending have expired. Progress on a possible new aid plan in Congress is slow.

“The concern is that people will lose confidence in efforts to control the pandemic,” said the Fed’s Powell. “We’re seeing signs of that already.”

Pharmacy stocks were among the biggest decliners after e-commerce Amazon opened an online operation to compete with them. Rite-Aid lost 16.3% and Walgreens Boots Alliance dropped 9.6%. Amazon ticked up 0.1%.

Tesla rose 8.2% following an announcement that it will join the S&P 500 index next month. It is set to become one of the biggest stocks in the index after soaring nearly 390% this year.

In energy markets, benchmark U.S. crude lost 6 cents to $41.37 per barrel in electronic trading on the New York Mercantile Exchange. The contract rose 9 cents on Tuesday to $41.43. Brent crude, the standard for pricing international oils, added 1 cent to $43.76 per barrel in London. It lost 7 cents the previous session to $43.75.