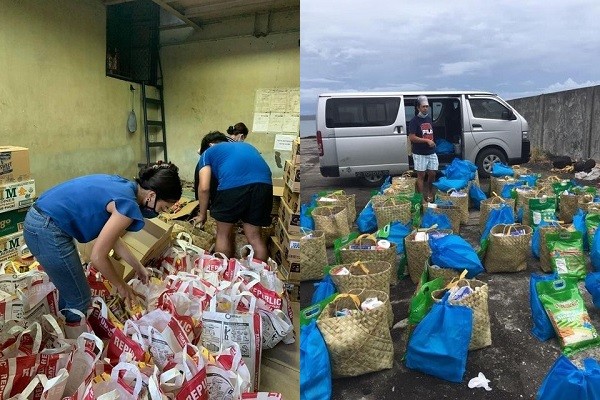 TAIPEI (Taiwan News) — An overseas Filipino worker has single-handedly raised NT$40,000 (US$1,400) to support families that have been affected by Typhoon Vamco (known in the Philippines as Typhoon Ulysses).

Typhoon Vamco struck the Philippines last week, bringing torrential rains that caused rivers to overflow and dams across the island of Luzon to reach their maximum water storage capacity. The authorities were forced to open all seven gates of Magat Dam, engorging the Cagayan River and leading to extensive flooding in Cagayan and Isabela.

As of Monday, the death toll from Vamco is 67, with 21 injured and 13 missing, according to the Philippines' police and army. The National Disaster Risk Reduction and Management Council said flooding and landslides have caused US$44.34 million in agricultural losses and US$10 million worth of damage to infrastructure.

Cara Purugganan, a Filipina migrant worker employed at ASE Technology Holding Co. in Kaoshiung, told Taiwan News that she has raised over NT$40,000 as of Wednesday (Nov. 18) to support families in the Philippines that are affected by the typhoon. Purugganan said she is working in partnership with ComPass, a nonprofit organization in the Philippines that is providing relief to specific areas hit by Vamco.

Purugganan said she had started out by making a post on Facebook and sharing it with her friends, who in turn shared it with their coworkers and friends both online and by word of mouth. She said she has since received donations from friends, coworkers, and neighbors, including local Taiwanese.

According to Purugganan, all of the donated funds are sent to ComPass, which has initiated a project called "Bayong of Hope." "Bayong" Tagalog for "shopping bag."

Each of "bayong" contains relief supplies that are critical for the survival of affected families. Purugganan said ComPass' goal is to accrue as many bayong as possible.

Each bayong will be given to recipients in need in the badly hit areas of Cagayan, Isabela, and Nueva Vizcaya. One bayong is worth 1,500 Philippine pesos, or approximately NT$900.

According to ComPass, each bayong contains five kilos of rice, 12 cans of sardines, 12 cans of corned beef, 12 sachets of hot chocolate mix, 12 packets of instant noodles, one box of face masks, a bottle of rubbing alcohol, two bars of soap, a flashlight with batteries, one pail, and one blanket.

On Wednesday (Nov. 18), ComPass told Taiwan News that it has raised 158,630 Philippine pesos, enough for 100 bayong. Those wishing to sponsor a bayong can do so by contacting ComPass through its official Facebook page. 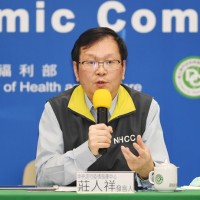