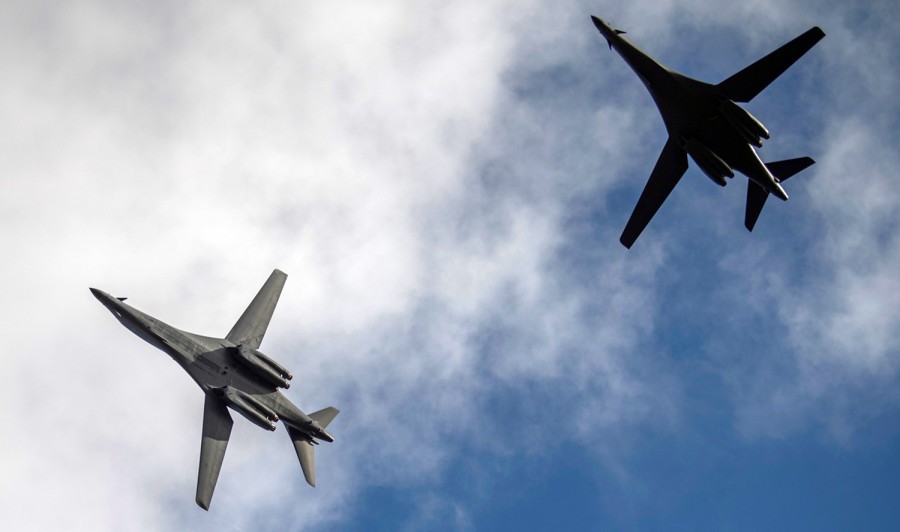 Despite a stalemate with the transfer of power between President-elect Joe Biden and President Donald Trump, the USAF is continuing its missions in East Asia, as demonstrated by plane tracker Aircraft Spots' tweet Tuesday morning that two USAF B-1B bombers had allegedly flown into China's ADIZ.

At 9:46 a.m., the plane spotter reported that two USAF B-1B Lancers had departed Andersen Air Force Base in Guam on their way to the East China Sea. The flight path shown by Aircraft Spots' tweet shows the last recorded location of the bombers being just inside China's ADIZ in the East China Sea.

The bombers' flight also took the warplanes very close to the northeast corner of Taiwan's ADIZ. If they continued on the same trajectory, they would have also entered Taiwan's ADIZ.

The aircraft watcher added that two USAF Boeing KC-135R Stratotankers had also been detected providing aerial refueling for the bombers.

Over the past two months, the People's Liberation Army Air Force (PLAAF) has dramatically stepped up aggressive intrusions into Taiwan ADIZ. In addition, since Oct. 30, China's newest Type 075 landing helicopter dock (LHD), has been prowling the South China Sea off the coast of Hainan Island at a location "very close to the island of Taiwan," reported China' state-run mouthpiece the Global Times.

Local media reports have cited military experts as suggesting that the flights by USAF warplanes in the region are a warning to China to not take any aggressive actions during the presidential transition.