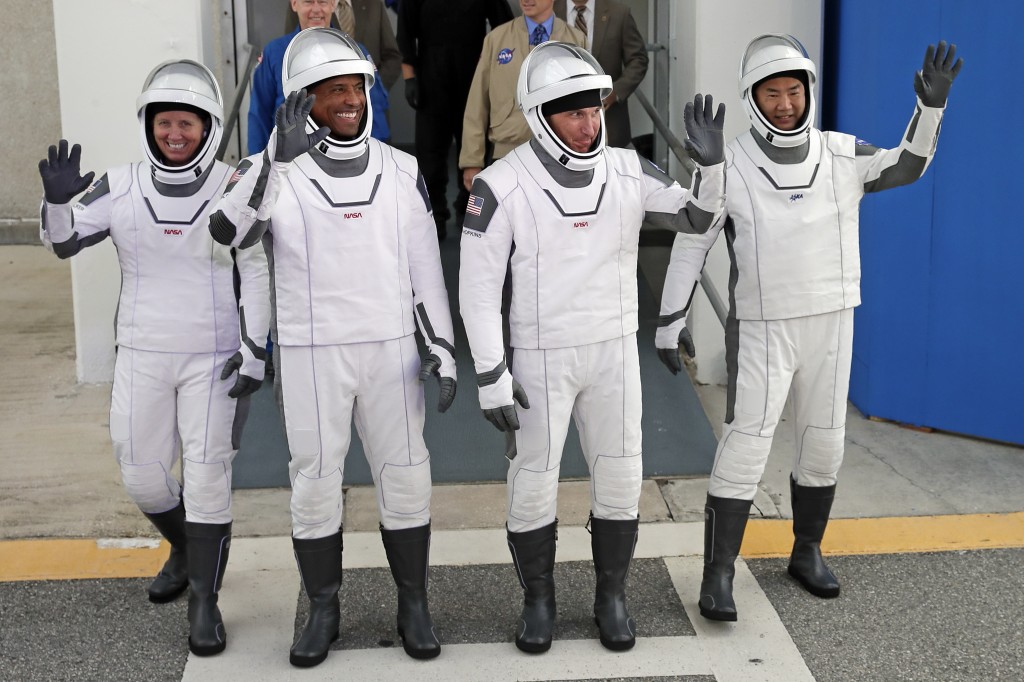 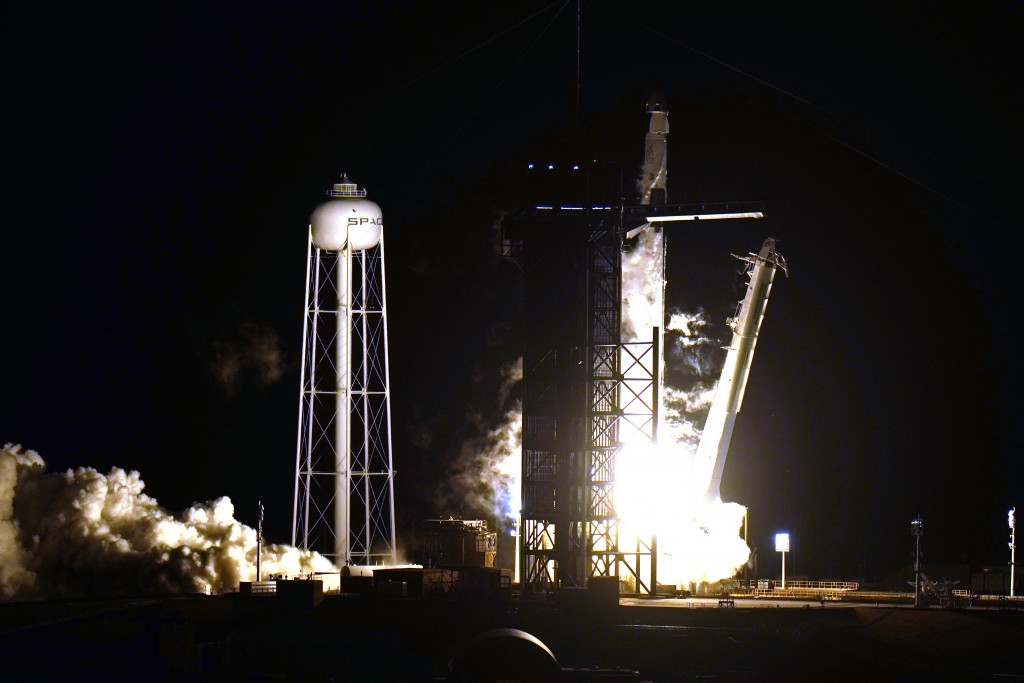 The Dragon capsule was due at the orbiting lab late Monday night, following a 27-hour, completely automated flight from NASA's Kennedy Space Center.

This is the second astronaut mission for SpaceX. But it’s the first time Elon Musk’s company is delivering a crew for a full half-year station stay. The two-pilot test flight earlier this year lasted two months.

The three Americans and one Japanese astronaut will remain at the orbiting lab until their replacements arrive on another Dragon in April. And so it will go, with SpaceX — and eventually Boeing — transporting astronauts to and from the station for NASA.

This regular taxi service got underway with Sunday night's launch.

Commander Mike Hopkins and his crew — Victor Glover, Shannon Walker and Japan's Soichi Noguchi — will join two Russians and one American who flew to the space station last month from Kazakhstan. Glover will be the first African-American to move in for a long haul. A first-time flyer, Glover was presented his gold astronaut pin Monday.

The four named their capsule Resilience to provide hope and inspiration during an especially difficult year for the whole world. They broadcast a tour of their capsule Monday, showing off the touchscreen controls and storage areas.

Walker said it was a little tighter for them than for the two astronauts on the test flight.

“We sort of dance around each other to stay out of each other's way," she said.

For Sunday's launch, NASA kept guests to a minimum because of coronavirus, and even Musk had to stay away after tweeting that he “most likely” had an infection. He was replaced in his official launch duties by SpaceX President Gwynne Shotwell, who assured reporters he was still very much involved with Sunday night's action, although remotely.

As they prepared for the space station linkup, the Dragon crew beamed down live window views of New Zealand and a brilliant blue, cloud-streaked Pacific 250 miles below.

“It looks amazing from up here, too,” Hopkins replied.