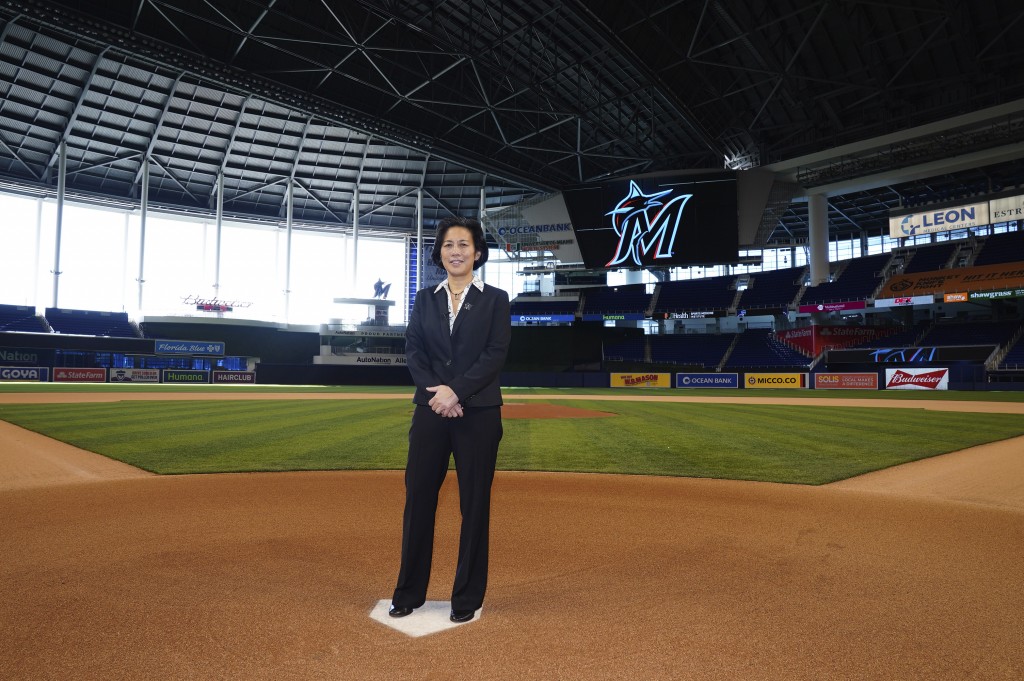 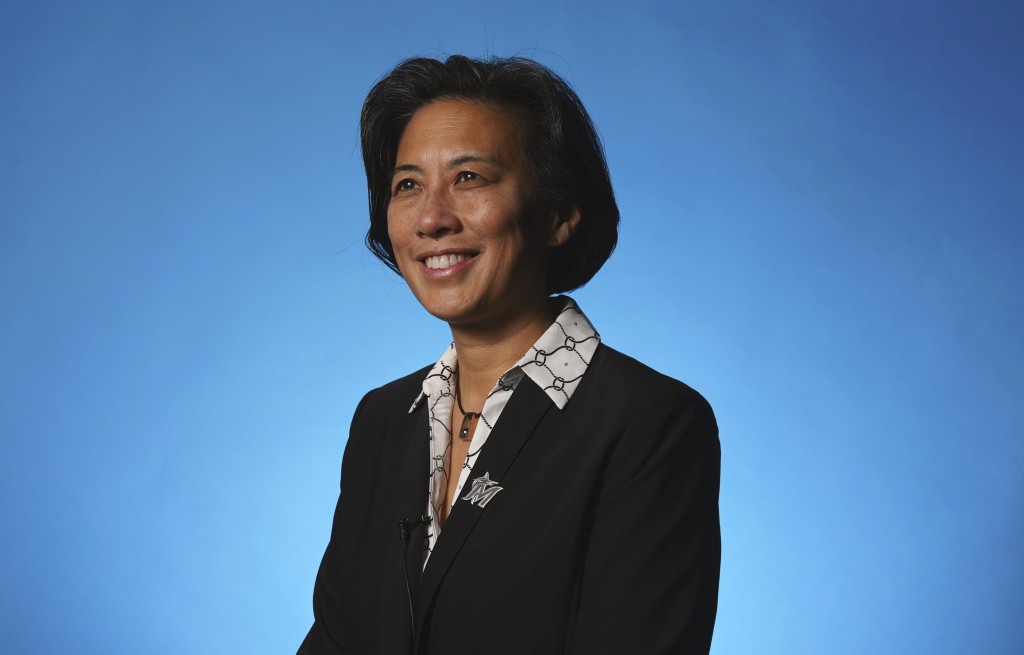 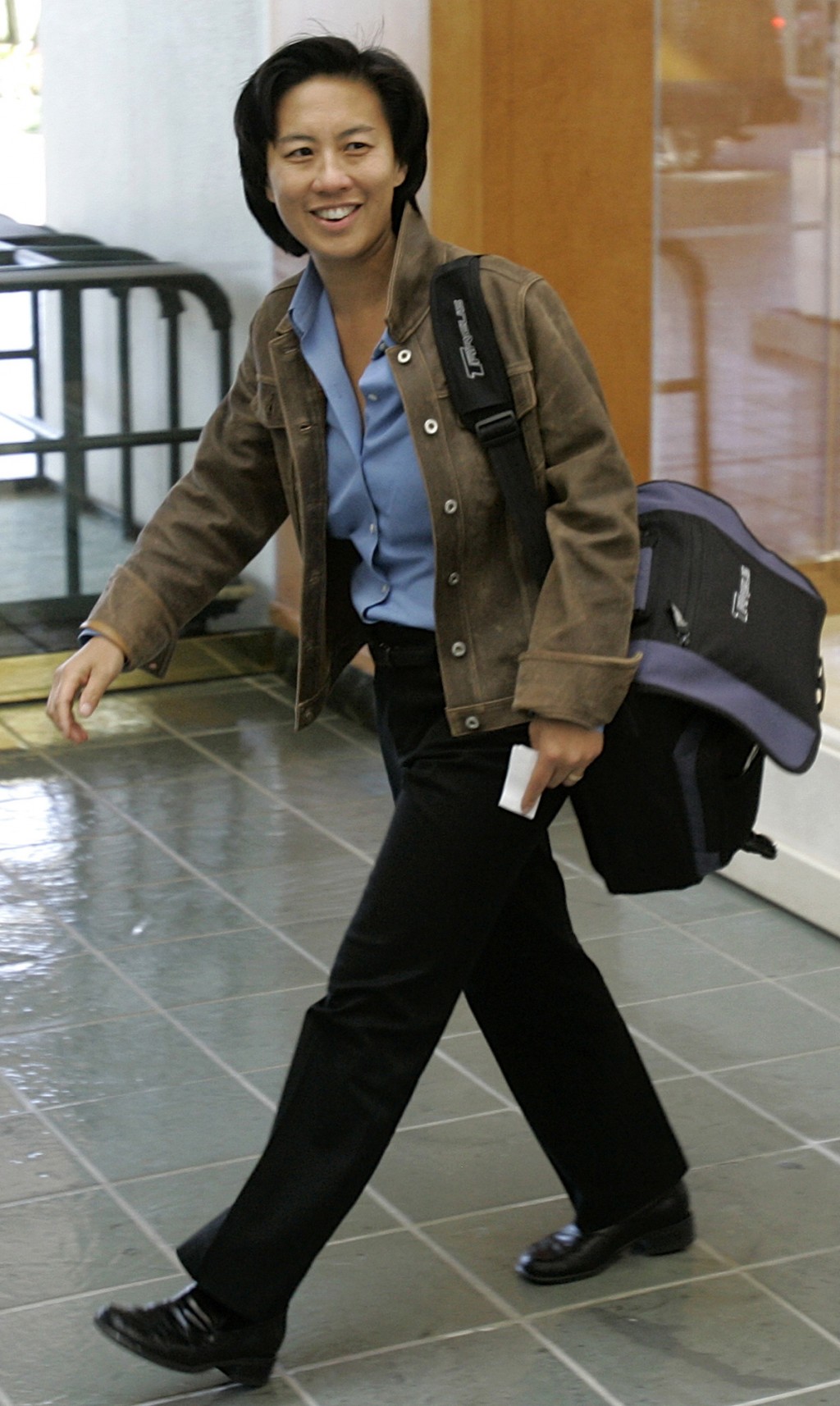 On the day she officially became a trailblazer in Major League Baseball, Kim Ng remembered the little girl who played stickball on the streets of Queens.

At the time her gender wasn’t nearly as big of an issue as knowing the layout of the field.

``First base would be the red car on the right, second base was the manhole,’’ she said. ``Those were great memories.’’

The layout has changed some for Ng, who sat next to home plate Monday at Marlins Park for the virtual press conference that coronated her historic appointment as the new general manager of the Miami Marlins. Behind her was an immaculate field, with nary a red car or manhole in sight.

In front of her is a job that for way too many years has been off-limits to anyone but a man.

That it took so long for Ng to get a job running one of MLB’s 30 teams was, sadly enough, no surprise. Baseball evolves slowly, and the idea that a woman could actually be in charge of a team was inconceivable to past generations.

Maybe the best thing about Ng’s appointment by the Derek Jeter and the Marlins is that a lot of other girls like the one who played stickball in Queens can have their own dreams, too.

Indeed, Ng had the rare ability to see what her future was — and believe there was a path to the top even when others saw it as impossible. She went from playing stickball in Queens to playing softball in college. A career in baseball beckoned, even if it was in the front office and not on the field.

The problem was, baseball wasn’t quite ready. It took three decades for Ng to reach the top, and the biggest reason behind that had nothing to do with her ability to do the job.

She was hired as an intern by the Chicago White Sox and worked her way up over the years. But even after stints with the Yankees and as an assistant general manager for the Dodgers, no team was willing to hand Ng the reins.

At least five times over the last 15 years she was interviewed for jobs running teams. Some, she thought, never had any intention of hiring her in the first place.

“After so many times you feel delated and feel like maybe it’s not going to happen,’’ she said. ``Even if it hadn’t happened, I was never going to see my career as a failure.”

Sitting on a stool next to home plate in Miami, Ng spent the better part of an hour Monday trying to explain what it all meant. She embraced the idea that this was bigger than her getting the Marlins job, while celebrating at the same time her lifetime dream being realized a day before her 52nd birthday.

She’s got a lot of work ahead of her, even though the Marlins qualified for this year’s expanded playoffs for the first time since 2003. Ng will be expected to deliver a winner in Miami, a task made difficult by the fact the Marlins are perennially among the lowest spenders in baseball.

But this is a woman who was unafraid to give her opinion even as an intern with the White Sox. This is a woman who went up against super agent Scott Boras before she turned 30, winning an arbitration case she presented against pitcher Alex Fernandez.

This is a woman who knows baseball — and knows how to get things done.

``I was never hired to just nod my head,’’ she said. ``My biggest advice is voice your opinion.’’

The opinion among most in baseball is that the Marlins have a winner in Ng. Judging from the ease with which she handled her opening press conference they also have someone willing to be the face of the franchise should Jeter want to stay in the background.

Eventually she will be judged on how many games the Marlins win and whether they can make the playoffs on a regular basis. That’s something that comes with the territory of anyone who holds the title of general manager, a job that doesn’t come with a large amount of job security.

Ng is OK with that, just like she’s OK with being the role model for those coming after her. She embraces the role of pioneer and is unafraid of the challenges ahead.

``Anything is possible, that’s my message to your little girl,’’ she said when asked yet again what she would say about her appointment to young girls. ``Just work your butt off and keep your nose to the grindstone.''