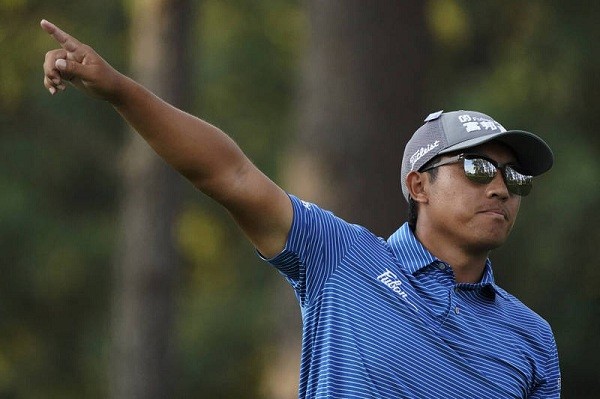 TAIPEI (Taiwan News) — Taiwan’s Pan Cheng-tsung (潘政琮) posted a last round 4-under 68 on Monday (Nov. 16) and a 10-under 278 total at the 2020 Masters Tournament, finishing tied for 7th place in his first appearance at the tournament and in his best showing at the major championships.

The Masters is usually held in April every year, but due to the COVID-19 pandemic this year, the tournament was pushed back to November.

Pan shot a 2-under 70 on the first day of the tournament, which happened to be his 29th birthday, according to CNA. He posted a 6-under 66 in the second round to go into the weekend at 8 under and tied 6th. However, Pan flailed his way to a 2-over 74 in the third round, putting him at 6-under and falling nine places to 15th on the leaderboard.

In the last round, Pan made two birdies and one bogey in the first nine, dropped one shot with a bogie again on the 12th hole, but pulled away with four birdies in the last five holes to finish with 4-under 68. Pan’s 7th-place tie not only qualifies him for next year’s Masters but also marks Taiwan’s best performance at the prestigious tournament.

After the tournament, he informed his fans of his being qualified for the next Masters on Facebook and encouraged them to watch him at the Augusta National in five months.

2020 Master Champion Dustin Johnson’s final score of 268 (-20) is the lowest to par in the history of the tournament and ties the lowest score at any major championship.

Defending champion Tiger Woods posted his worst score ever on a hole in his professional history with a septuple-bogey 10 at the par-3 12th. He finished at 1-under 287 for the tournament, tied for 38th.