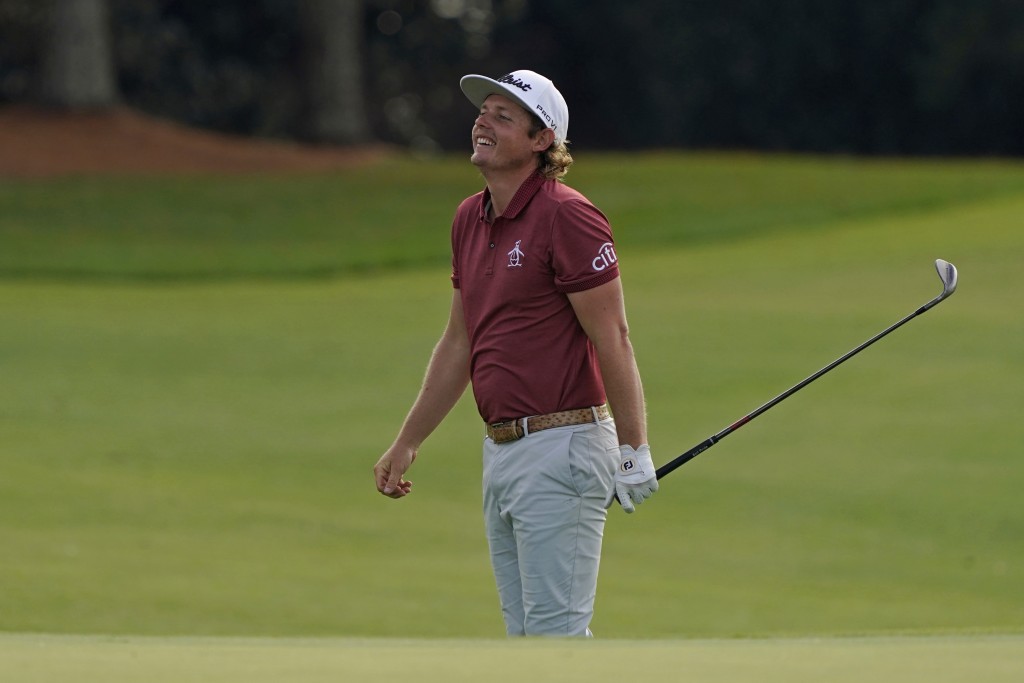 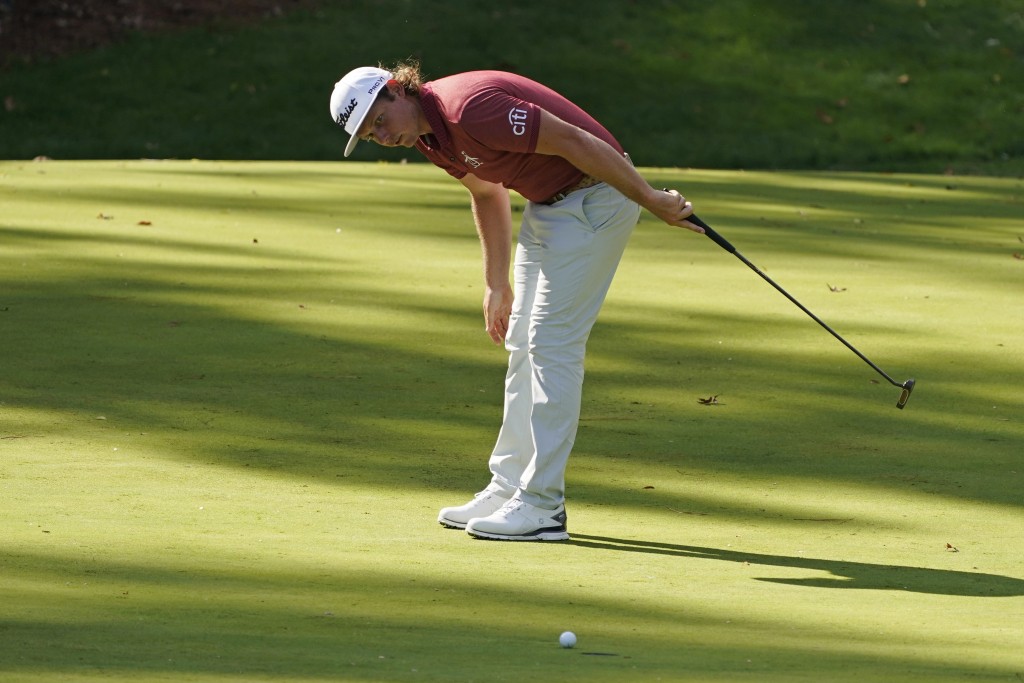 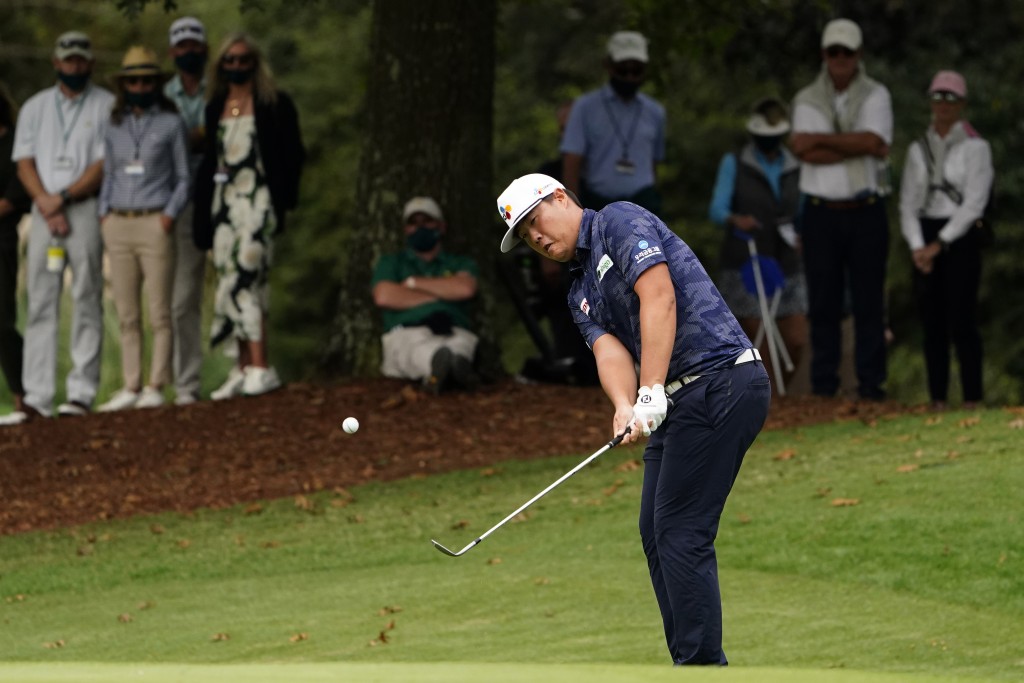 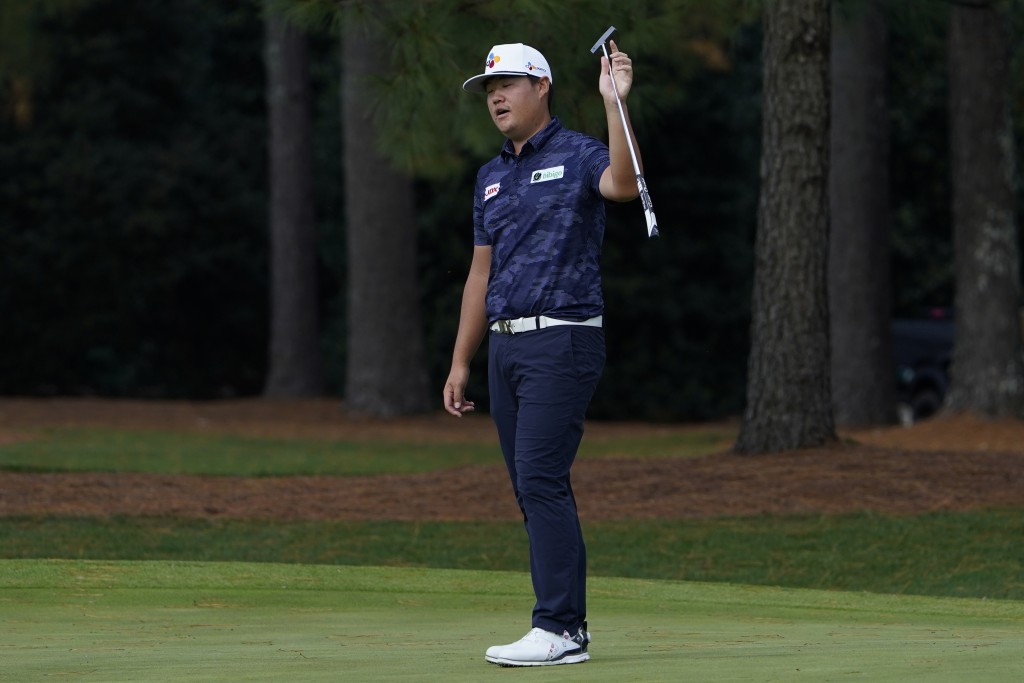 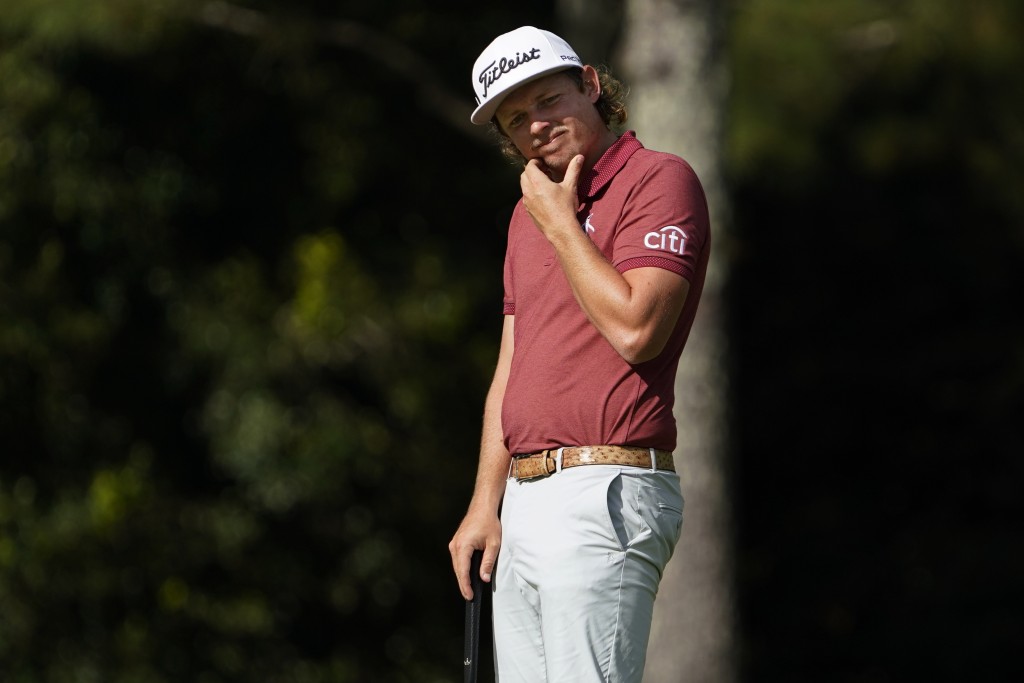 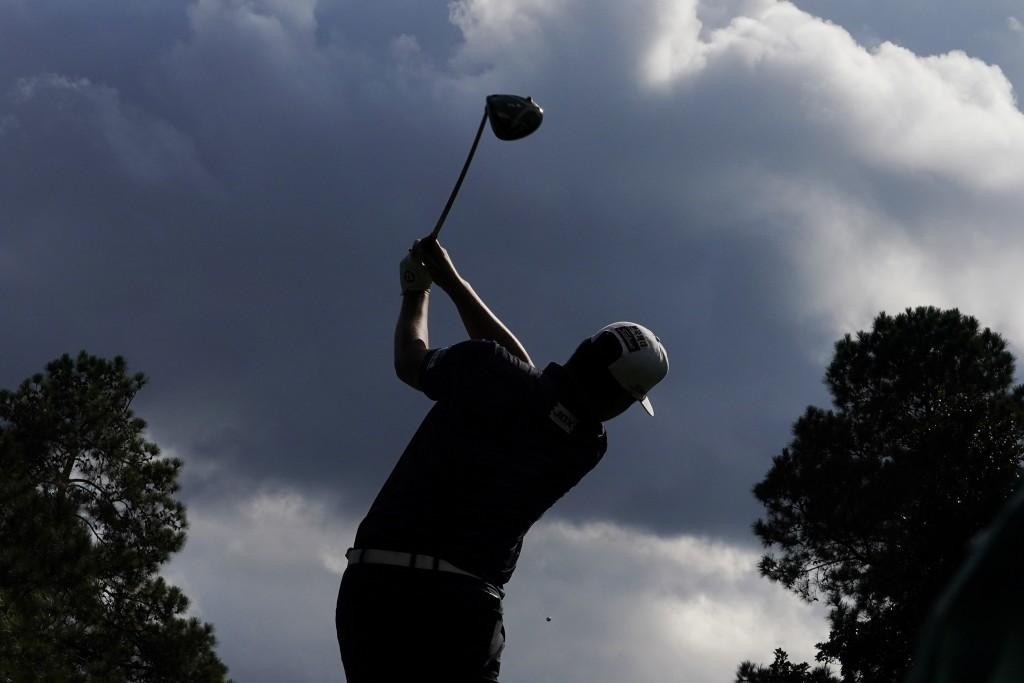 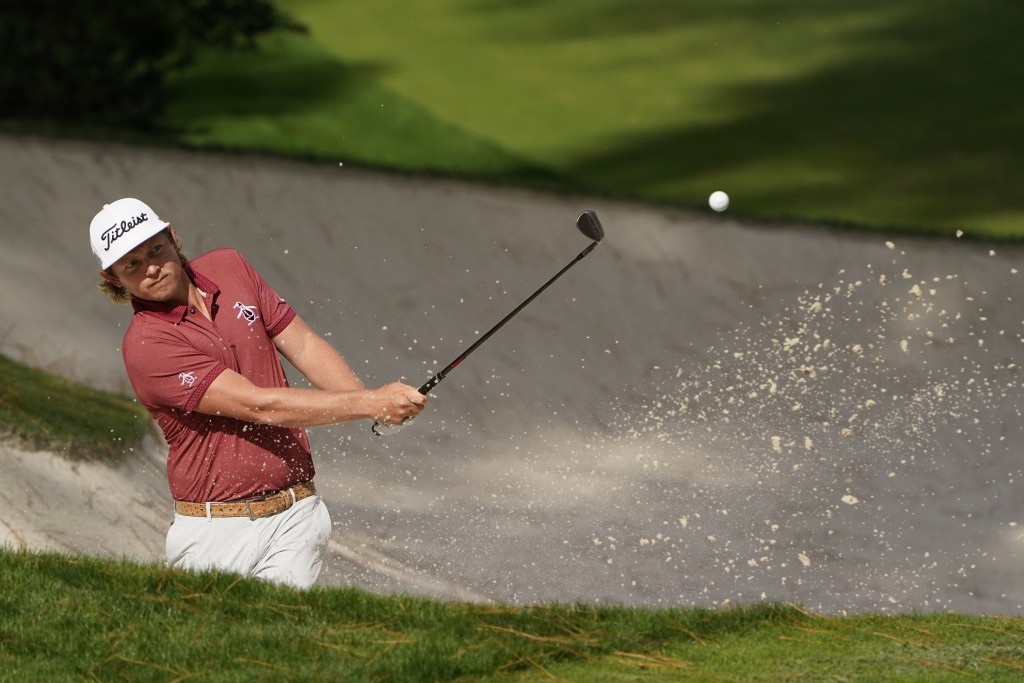 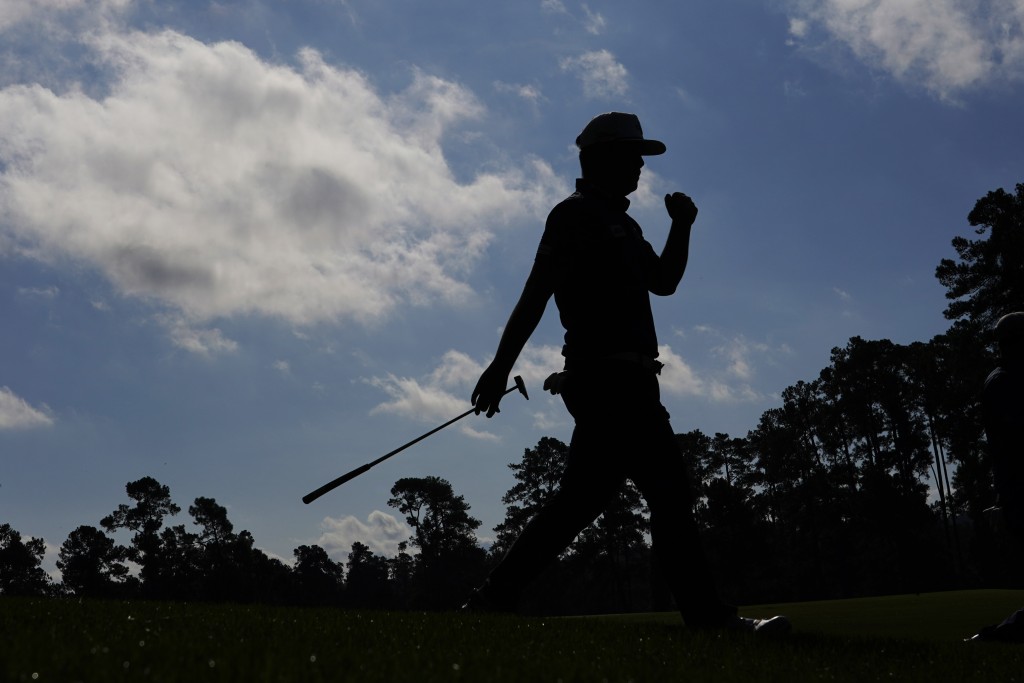 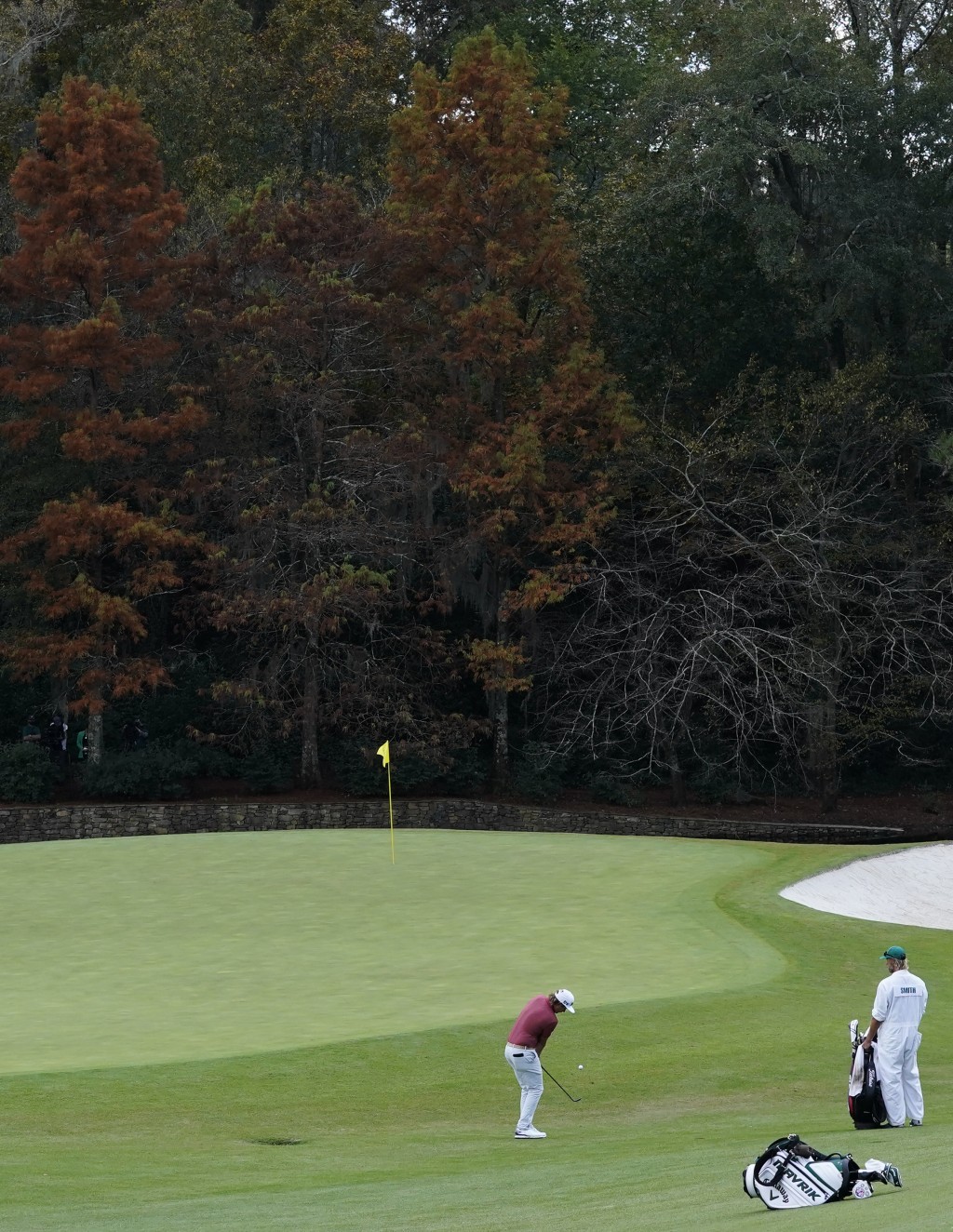 AUGUSTA, Ga. (AP) — Cameron Smith pulled off a feat that had never been done before at the Masters.

All it got him was a silver medal.

Until Sunday, no player had ever posted four straight rounds in the 60s.

Smith did it with an up-and-down par off the front of the green at the 72nd hole, giving him a 3-under 69 for the final round.

On the heels of shooting 67, 68 and 69 over the first three rounds, Smith finished with a 15-under total that would've been good enough to win most years.

Dustin Johnson blew away the field with a record-breaking 20-under score, propelling him to a five-shot victory over the 27-year-old Australian and South Korea's rising star, Sungjae Im.

“It would have been cool to do that and win,” Smith said “I would take 15 under around here for the rest of my career. I might win a couple. That's just the way it is.”

The runner-up score (278) would have been good enough to win outright all but seven times in Masters history.

But Smith and Im will have to wait until April to make another run at the green jacket.

No one came close to matching Johnson's stellar performance on a course that was ripe for the taking with the Masters being played in the fall rather than the spring because of the coronavirus pandemic.

Im had no complaints. The 22-year-old was playing in his first Masters and had never even been on the course until a Monday practice round.

“This is definitely going to be a memorable Masters for me, not only because this is my first appearance, but my initial goal at the start of the week was just to make a cut and get into the weekend,” he said through a translator. “To finish tied for second is unbelievable.”

Going into the final round, Johnson had a four-stroke lead over Smith, Im and Abraham Ancer (the Mexican slumped to a 76 and was never a factor).

Im made a run at the lead when Johnson bobbled briefly on the front side, making back-to-back bogeys that sliced the lead to a single shot.

But Johnson regained control with a birdie at the par-3 sixth, which turned into a two-shot swing when Im knocked his tee shot over the green, chipped to 4 feet and missed the tricky putt to take bogey.

He never got any closer.

“I knew I had to put the pressure on him early,” Smith said. “I got out of the gates pretty good. But D.J. was just too good at the end.”

Smith struggled with his driver and long clubs, but his irons kept bailing him out.

He made birdie at No. 7 by launching his second shot over a batch of towering pine trees. He pulled off another at the ninth, hitting a 9-iron off the pine straw that skidded past the bunkers to the left, curled onto the green and rolled down a ridge to about 4 feet from the flag.

At the par-5 15th, he yanked his second shot far left of the green, where a grandstand is usually constructed. It wasn't needed this year with no fans allowed, and Smith managed to get down with a chip and putt for his final birdie.

“I wouldn't say I brought my best stuff, especially my longer stuff,” Smith said. “But obviously my scrambling — my chipping and putting were unreal this week. Probably the best it's ever been. There was a lot of good stuff, but a lot of stuff to work on too.”

Im, trying to become the first rookie to win the Masters since Fuzzy Zoeller in 1979, was never able put much heat on Johnson after the bogey on No. 6 was followed by another at the seventh.

That's OK. The youngster knew he was witnessing something special in the final group.

“Dustin definitely plays at another level,” Im said. “His accuracy off the tee is unbelievable to watch. I really enjoyed playing with him, but I didn’t want to think that I was competing with him today. I just wanted to focus on my game and try to finish as strong as I can.”

Im certainly showed the potential to make a run at the green jacket some day, though he's got a huge issue hanging over his career.

South Korean men are required to serve two years of military service. Im hopes to earn an exemption by winning a medal at next summer's Tokyo Olympics.

Until then, he'll keep playing as much as possible. Im is one of the busiest players on the PGA Tour, rarely taking a week off.

As for Smith, he's already got his sights on the next major.

In less than five months, he'll be back at Augusta, trying to join Adam Scott as the only Aussies to win a green jacket.

“I love the place,” Smith said. “I want to win here really badly. I feel like that brings out the best in my game.”

It certainly did this week.

Unfortunately for Smith and Im, Johnson was even better.