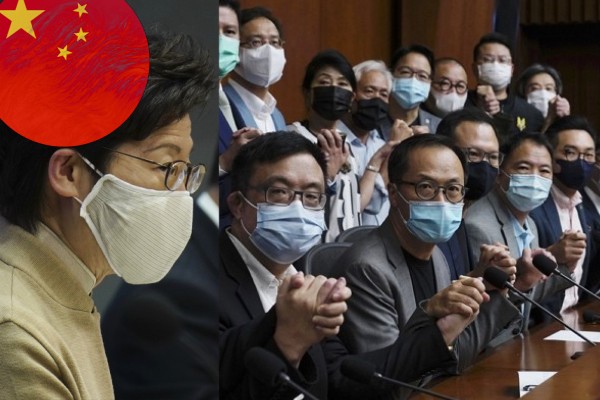 The order from China's National People's Congress (NPC) on Nov. 11 clarified that any Hong Kong legislators who support Hong Kong's independence, endanger national security, or fail to recognize China's sovereignty over Hong Kong will immediately lose their seats in the legislature. The NPC also specified that its decision applied to legislators who were denied nomination for re-election this September for the same reasons.

This is not the first time the Hong Kong authorities have bypassed the local legislature and sought Beijing's approval for a controversial decision. In August, after Hong Kong Chief Executive Carrie Lam announced the postponement of the legislative elections in the name of epidemic prevention, she turned to the Chinese central government to decide the tenure for incumbent legislators, which was later extended until the newly elected legislators start their term next year.

Lam is also the one who sought Beijing's authorization to disqualify opposition legislators this time.

After the recent maneuvers by the Chinese Communist Party (CCP) against Hong Kong's legislative autonomy, multiple countries expressed their condemnation.

In a statement released on Saturday, however, the Hong Kong government asserted that it is a universal practice to require public servants to pledge loyalty to their countries, citing the custom of members of the U.S. Congress vowing to uphold the U.S. Constitution or members of British Parliament swearing allegiance to the Crown.