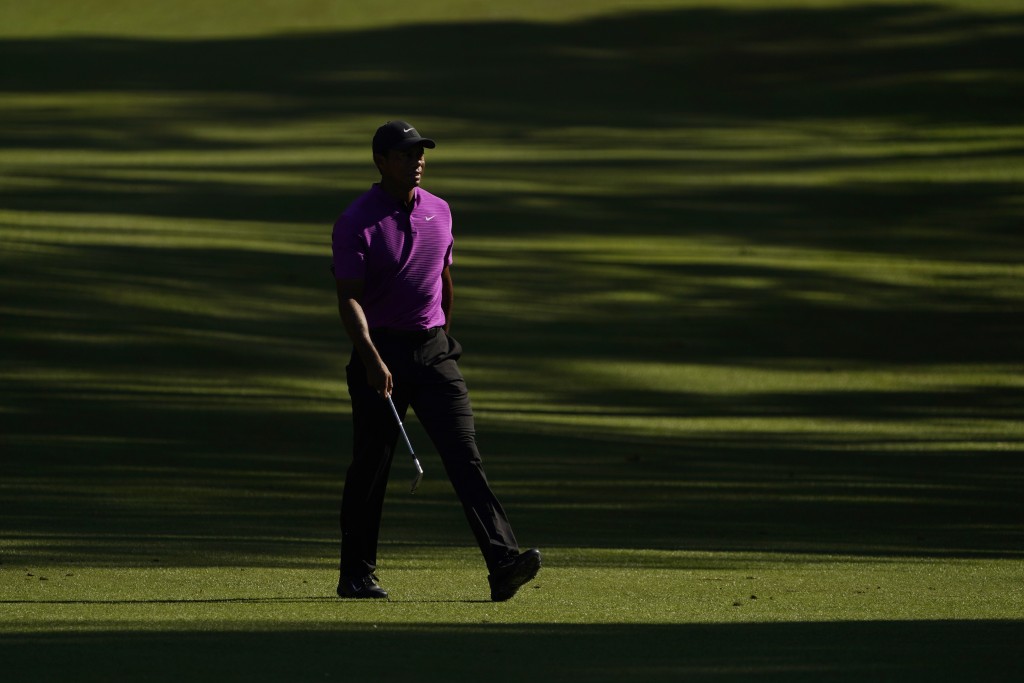 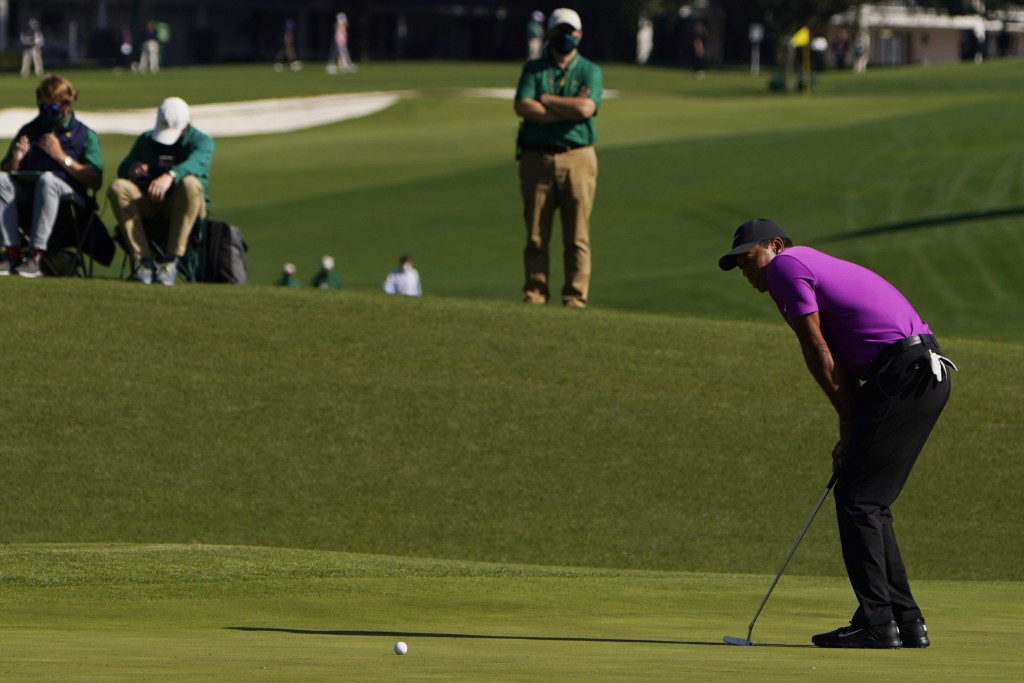 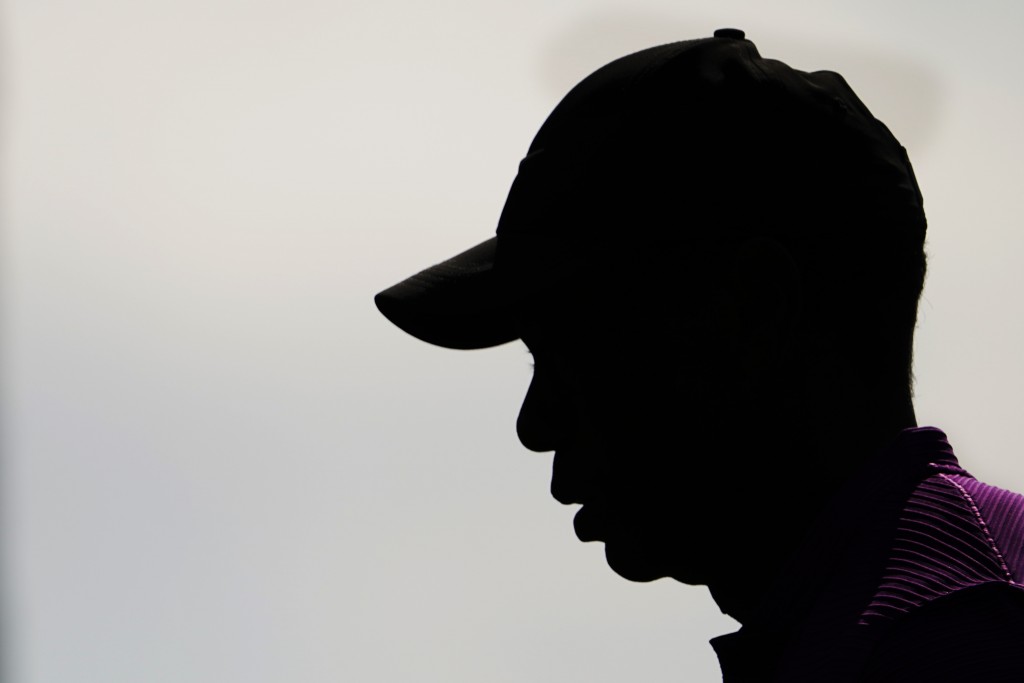 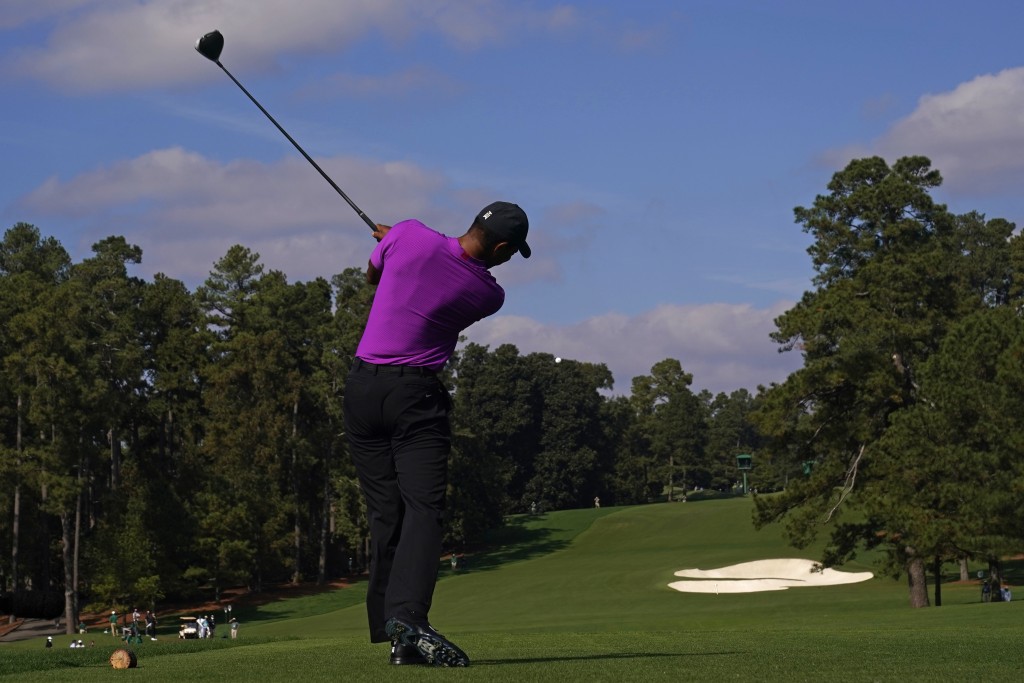 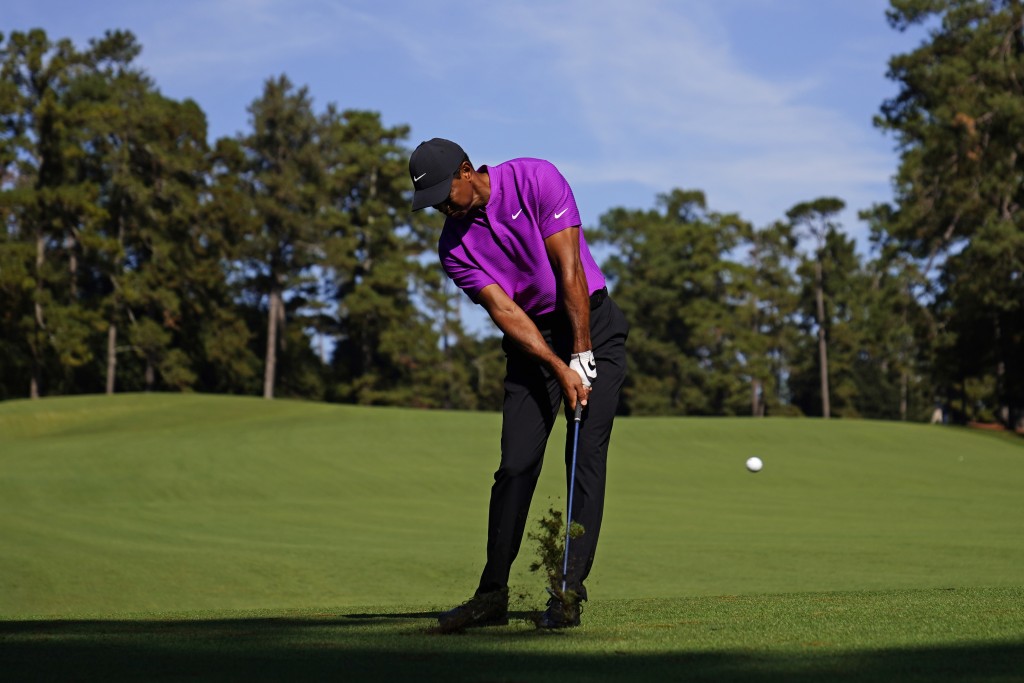 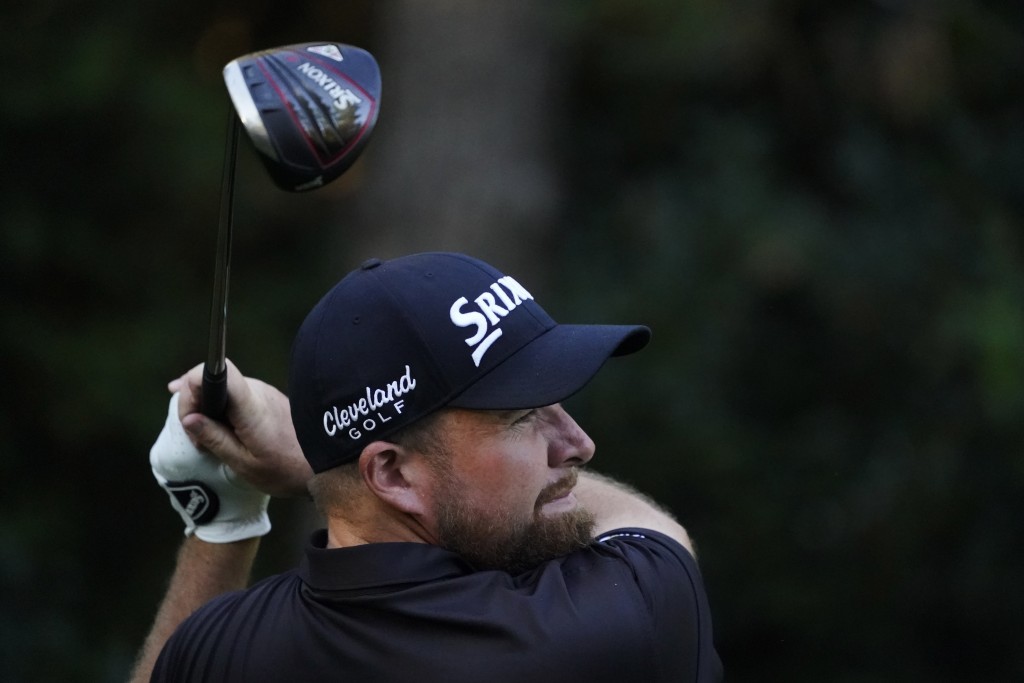 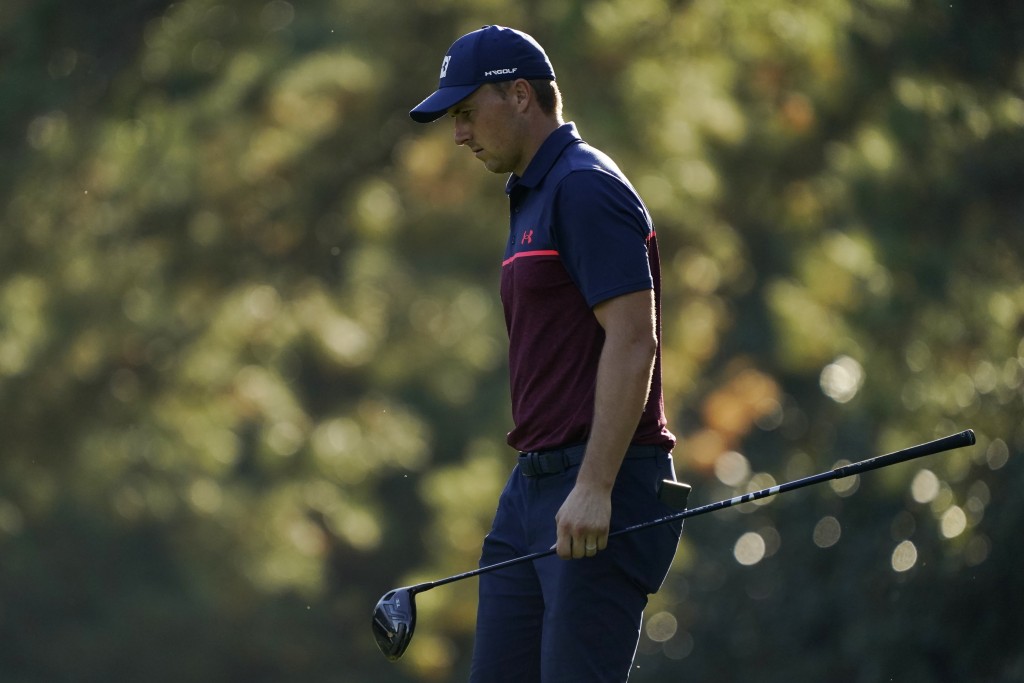 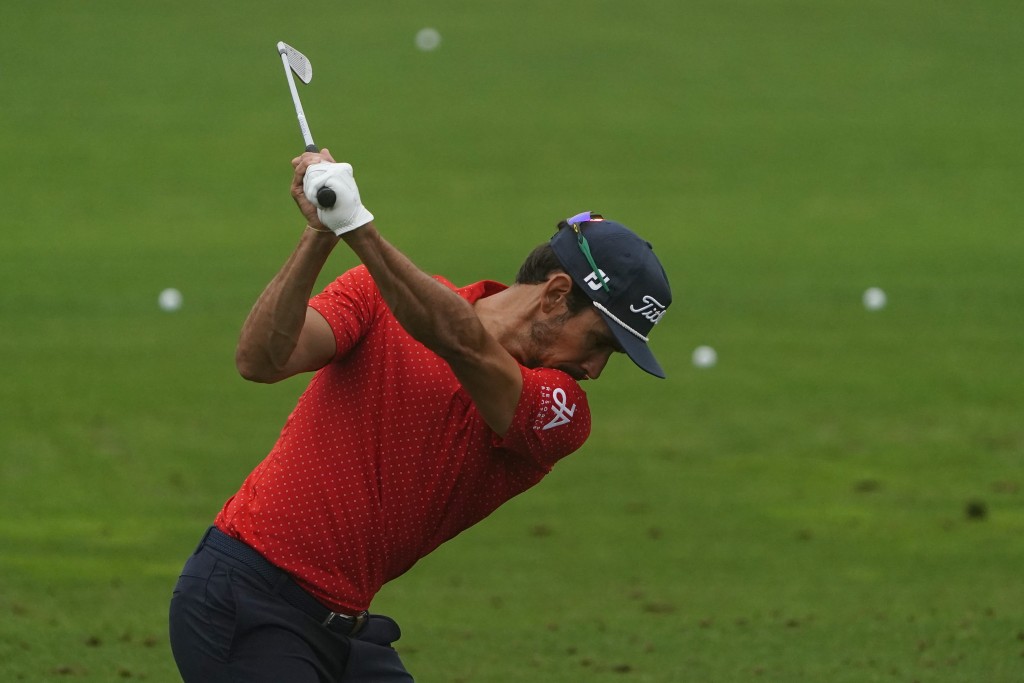 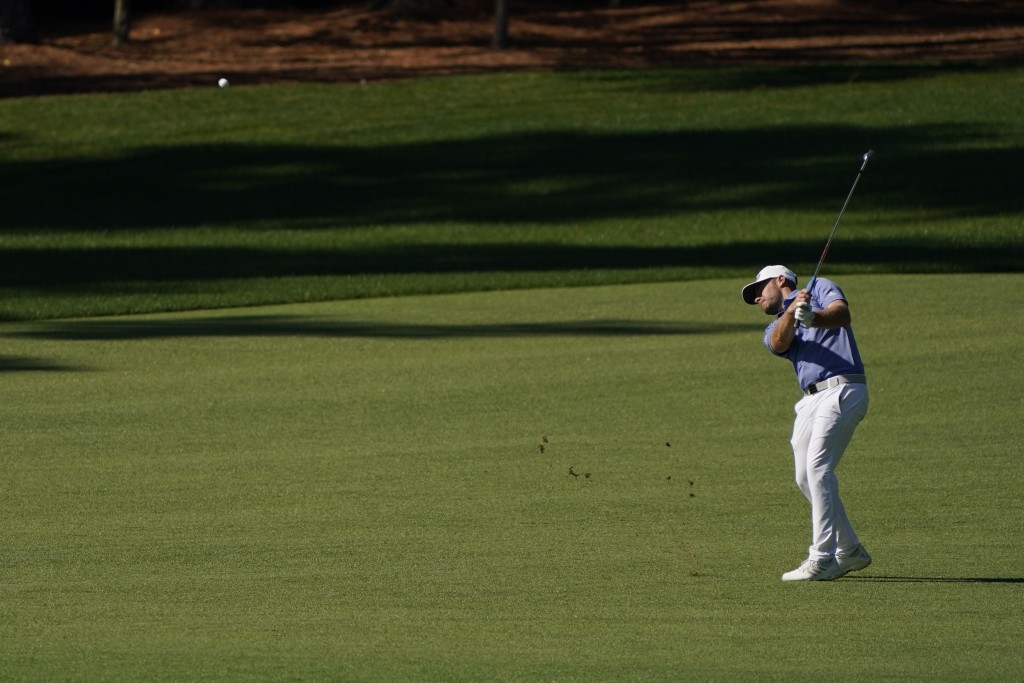 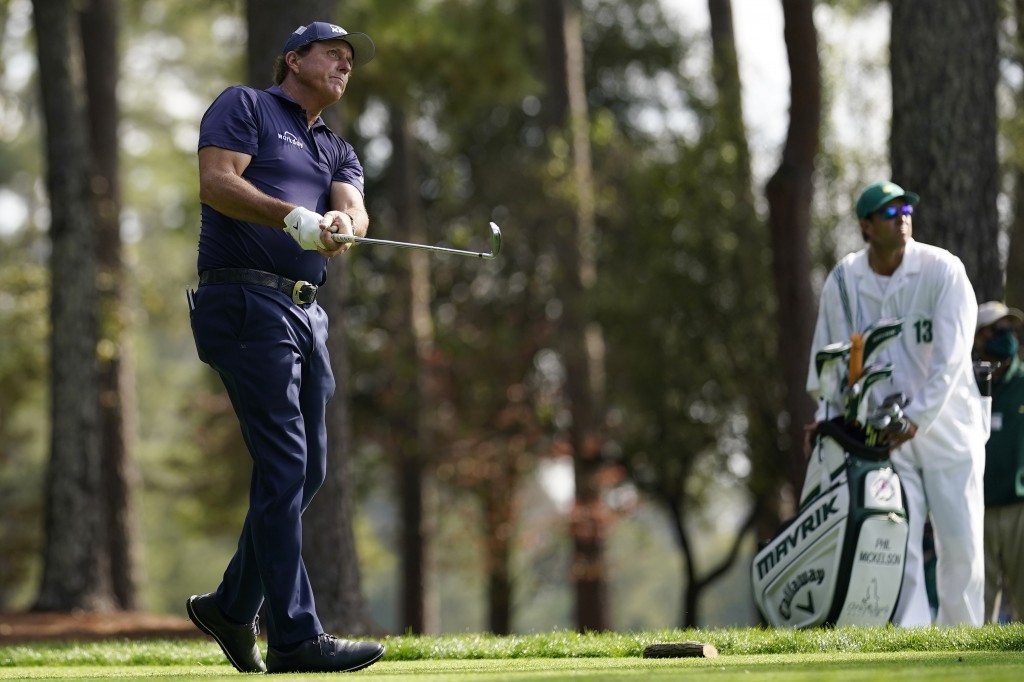 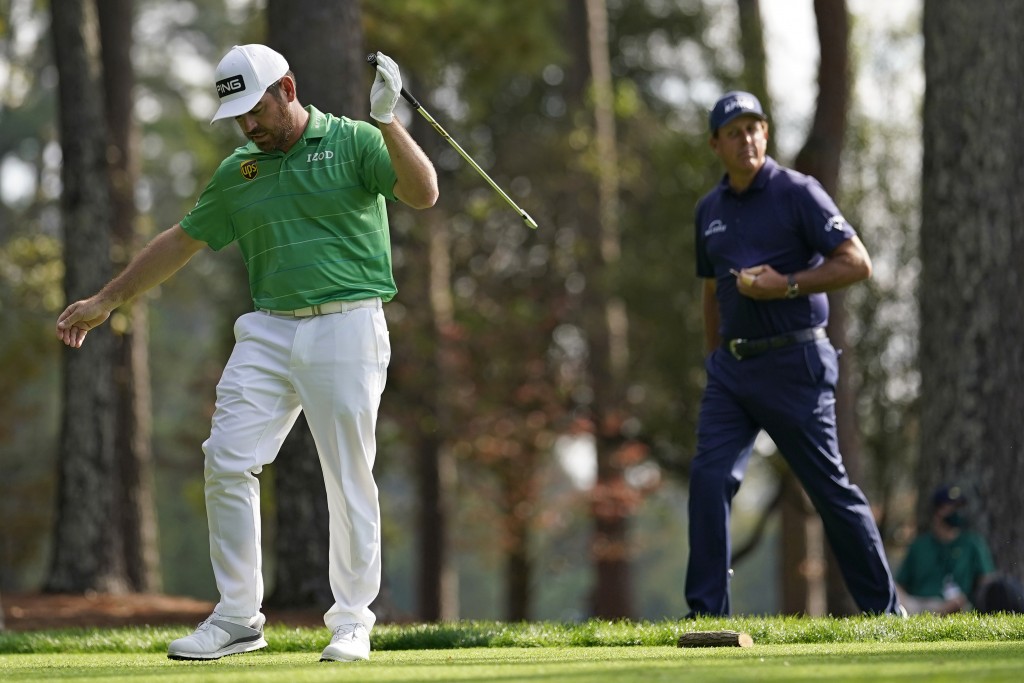 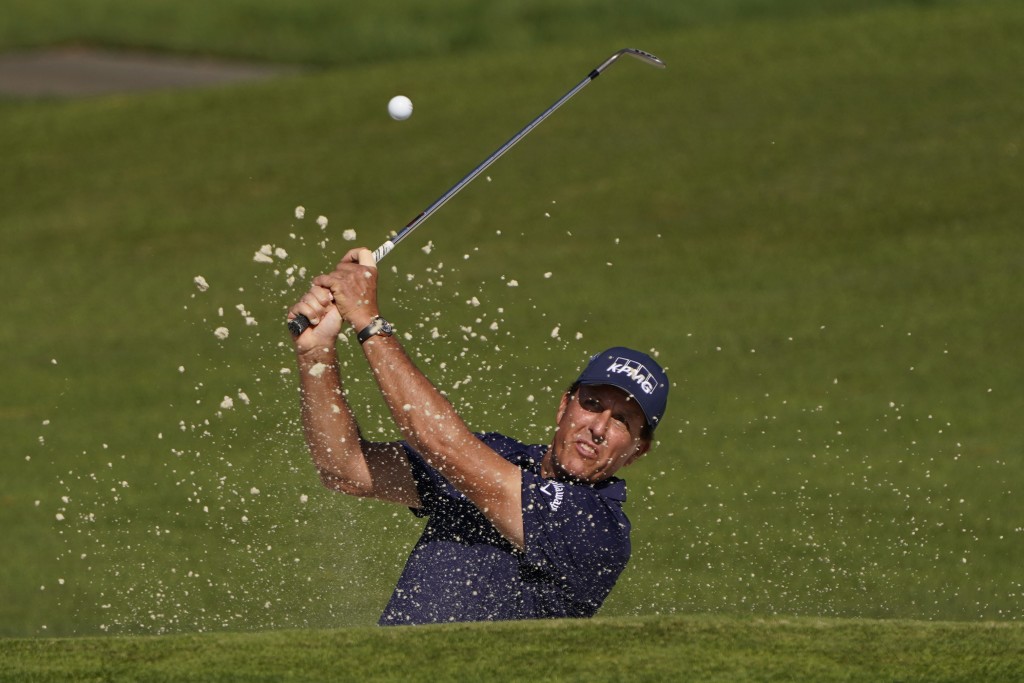 AUGUSTA, Ga. (AP) — Tiger Woods got off to a brilliant start at the Masters.

That pursuit of a sixth green jacket will likely have to wait until April..

Woods made a birdie on his 10th hole of the opening round to reach 4-under par. He played the next 44 holes in just 1 under, leaving him 11 shots off the lead heading to the final round.

After 19 months as the Masters champ, Woods will apparently be putting the green jacket on another player Sunday.

“I was focused on trying to get myself in contention going into tomorrow," Woods said. “We’ll see how emotional it’ll be after tomorrow’s round.”

Woods needed a big move in the third round but was stuck in neutral. He didn’t make a birdie until the 12th hole, and that was after he took a pair of bogeys. He wound up with an even-par 72 to remain 5 under.

Woods is one shy of Jack Nicklaus' record of six Masters titles.

Shane Lowry took quite a detour at the 18th hole.

Lowry’s drive caught a tree down the right side, preventing him from having a view of the green. He whacked one off the pine straw that sailed about 80 yards left of the flag, rolling to a stop in the middle of the adjacent ninth fairway.

“I’d hate to be his caddie trying to get the yardage,” someone in the sparse gallery quipped.

The 2019 British Open champion gave himself a chance to salvage par, hitting a wedge to 14 feet. But the putt curled up short of the cup and Lowry settled for bogey.

Jordan Spieth and Rafael Cabrera Bello both had a chance to knock a bunch of people out of the weekend, including each other.

Cabrera Bello finished out the second round on No. 9, while Spieth completed his round about the same time on the adjacent 18th hole.

If either had made a birdie, the other would’ve missed the cut — along with nine other players.

Spieth never had a chance at a birdie after hitting his drive into a tree. In fact, he needed to make a testy 15-foot putt just to save par and maintain his chances of making the cut.

He then went over to watch Cabrera Bello, whose second shot missed the green to the left. He could’ve made birdie with a chip-in, but settled for a short par putt that meant the Spaniard, Spieth and those other nine players all got to play the final two rounds.

Spieth and Cabrera Bello were paired together for the third round.

The cut drama came up as they waited to tee off.

“I was saying, ‘Don’t chip it in,’” Spieth told Cabrera Bello, breaking into a big grin. “When you got it up close, I was like, ‘OK, you can knock it in.’ I was rooting for you then.”

The cut line was even-par 144, the lowest ever at the Masters.

Matt Kuchar and Tyrell Hatton failed to make the cut in all three majors this year.

It was a particularly disheartening performance for Hatton, who had risen to No. 9 in the world ranking coming into the Masters.

Kuchar missed the Masters cut for only the second time. He failed to make the weekend in 2002 and didn't earn a return trip to Augusta until 2010.

Since then, Kuchar has been one of the most consistent players at the Masters. He made the cut in 10 straight appearances, finishing in the top 10 four times.

But a 75 in the second round left Kuchar one stroke away from the cut line. Hatton missed the mark by three shots.

Phil Mickelson had one of his toughest days at Augusta National.

Lefty struggled to a 7-over 79 in the third round, matching the worst score of his Masters career.

The 50-year-old, three-time winner came into the day hoping to surge into contention after shooting 5-under 139 through 36 holes.

But Mickelson fell apart on Moving Day, making bogeys on five of the first seven holes. A triple-bogey 8 at the 15th finished off any hopes of salvaging a respectable score.

Mickelson drove into a batch of pine trees, then actually went backward when his second shot ricocheted off one of the trees. He pitched out into the rough, only to swat his next shot over the green, the ball rolling into the pond on the 16th hole.

Mickelson also shot 79 in the second round of the 2016 and 2018 tournaments. This was his worst performance on a weekend.