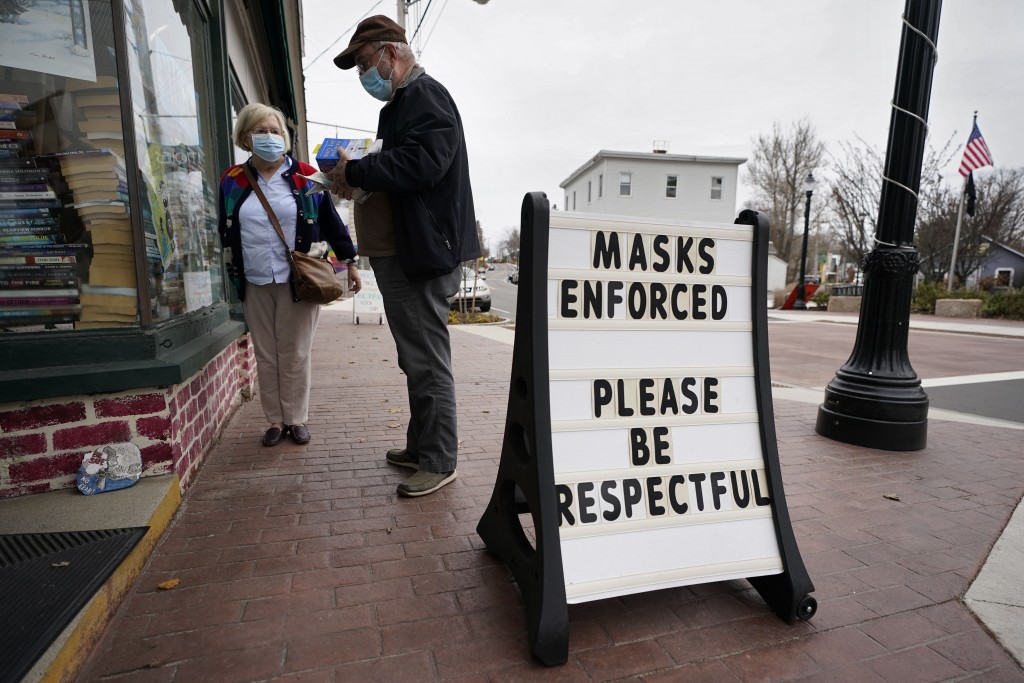 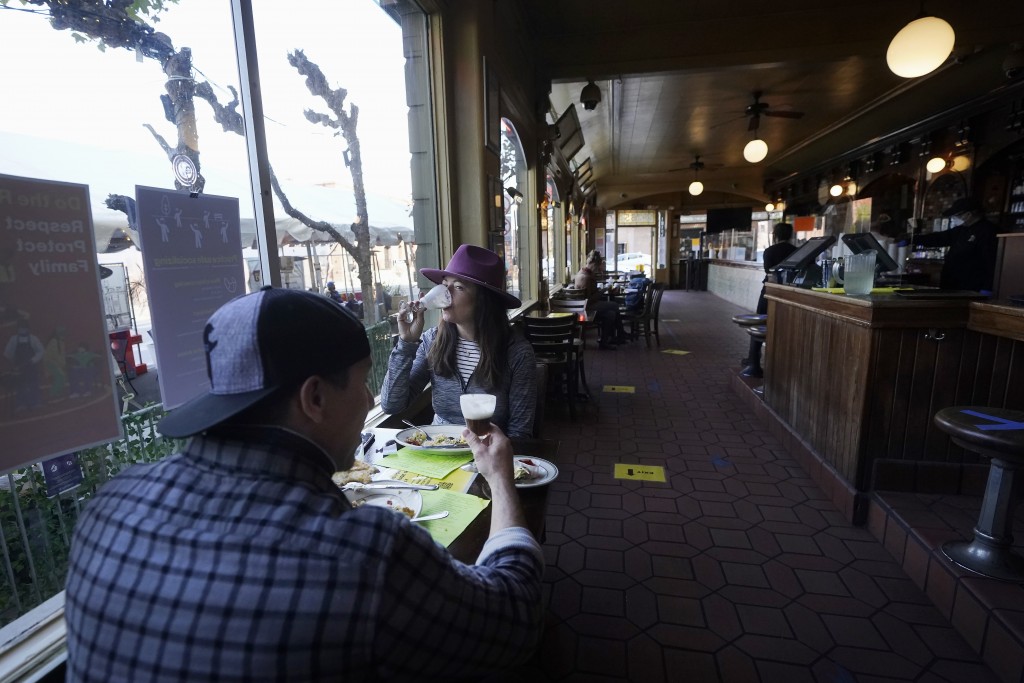 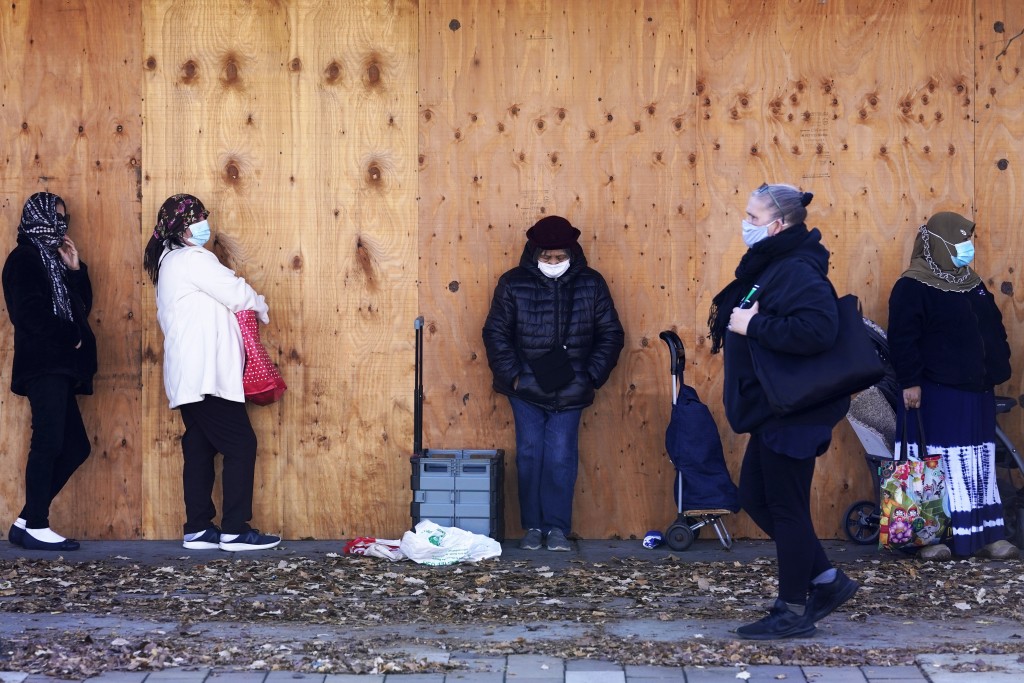 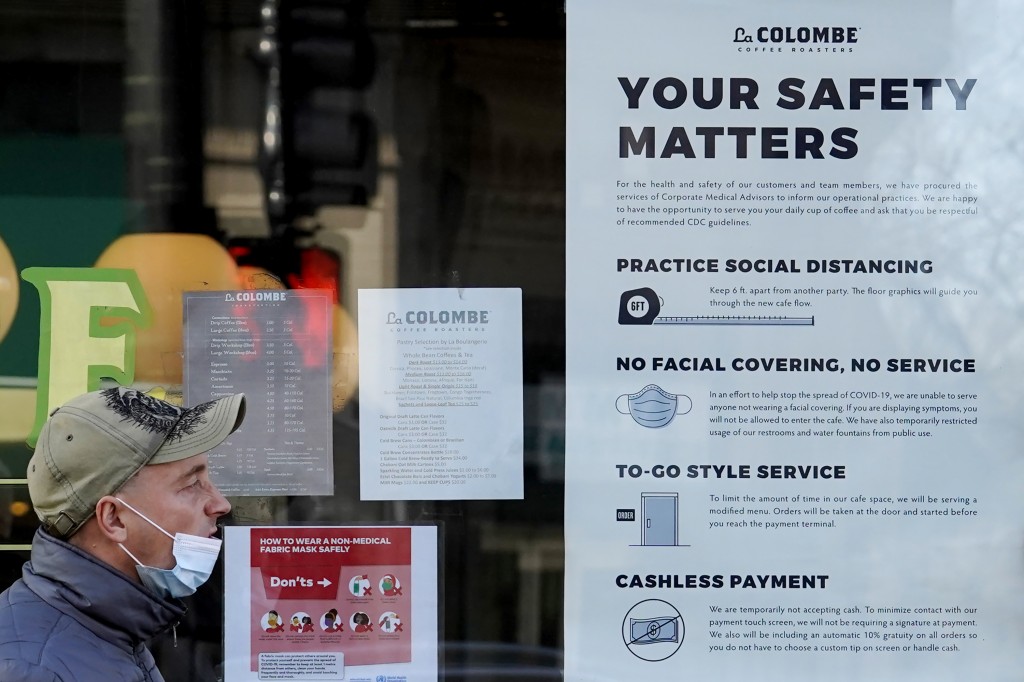 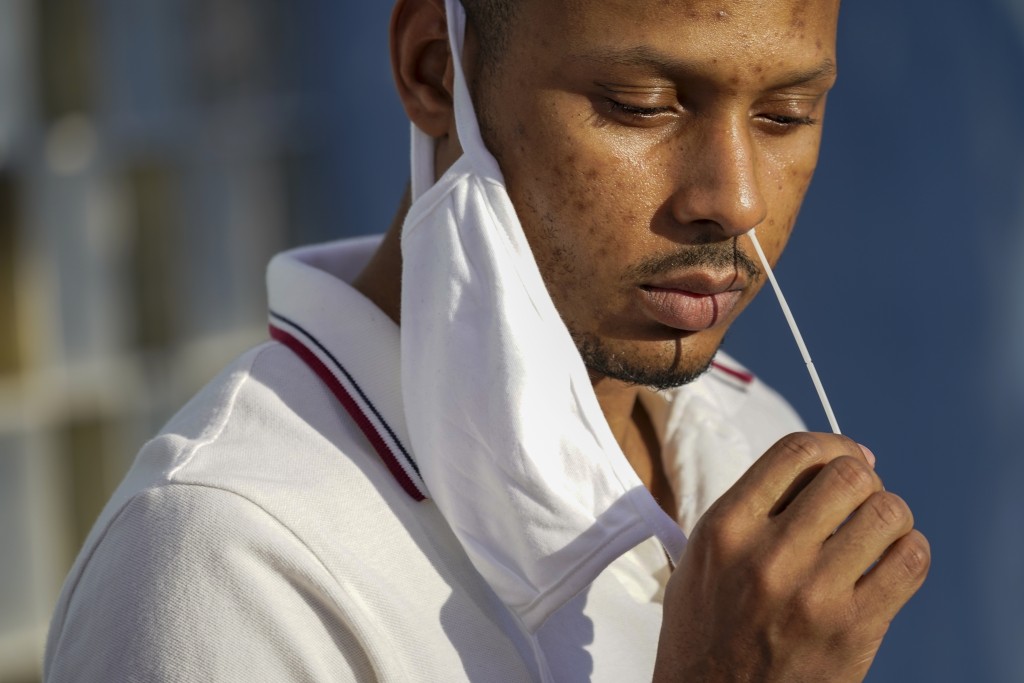 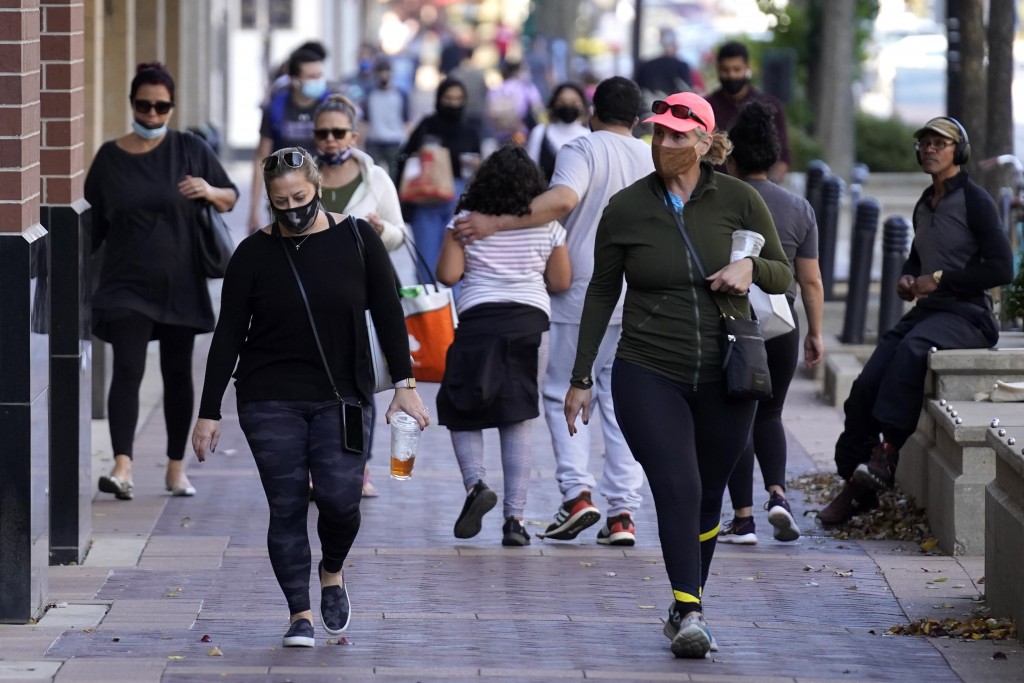 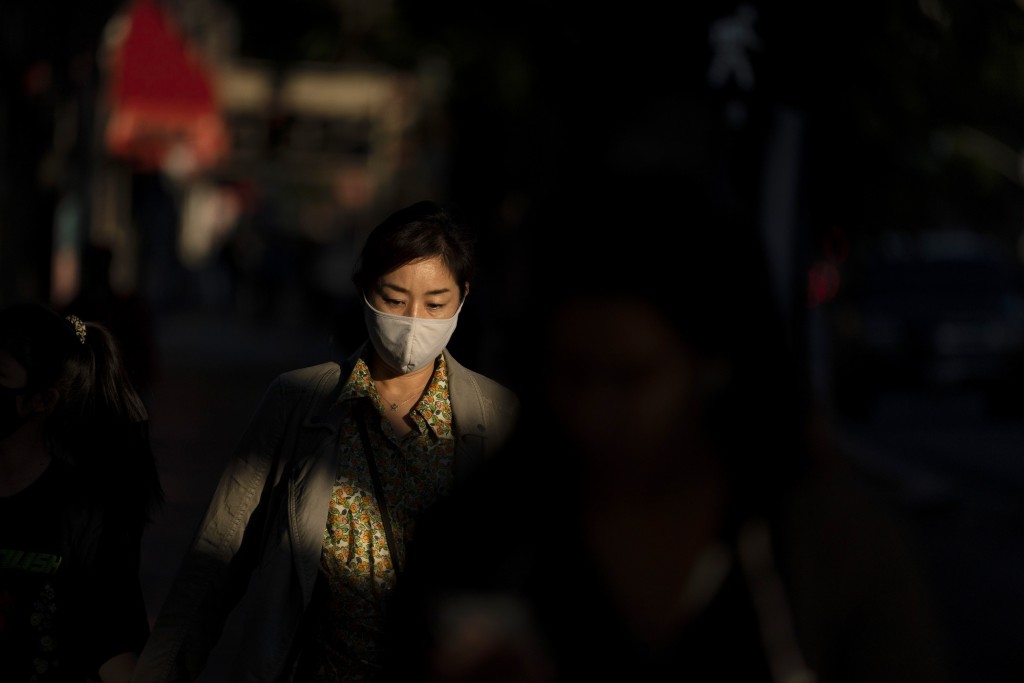 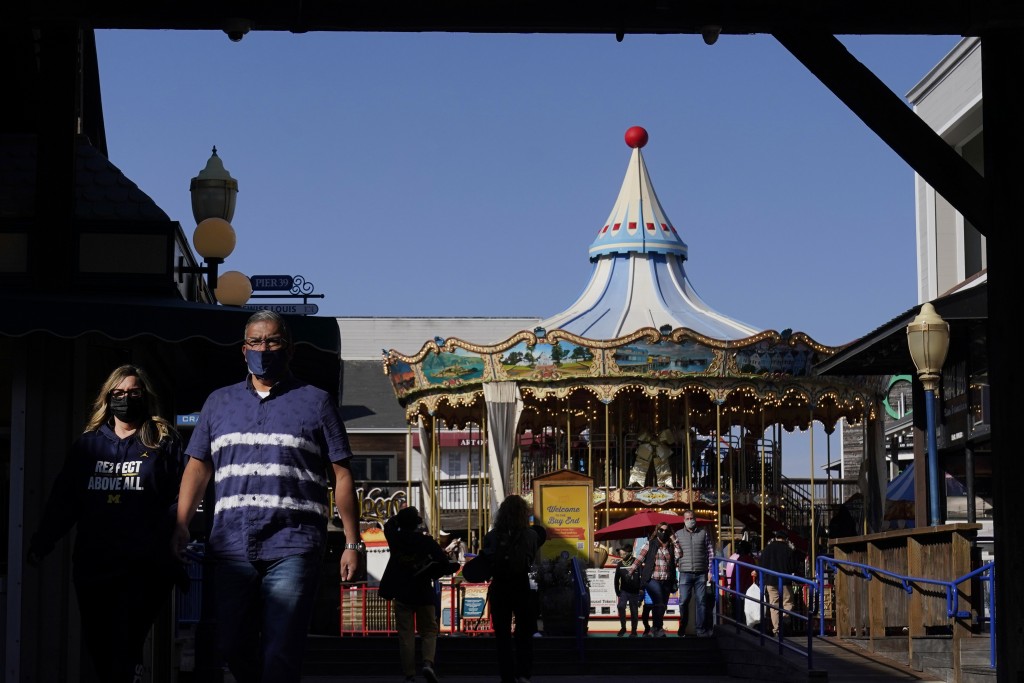 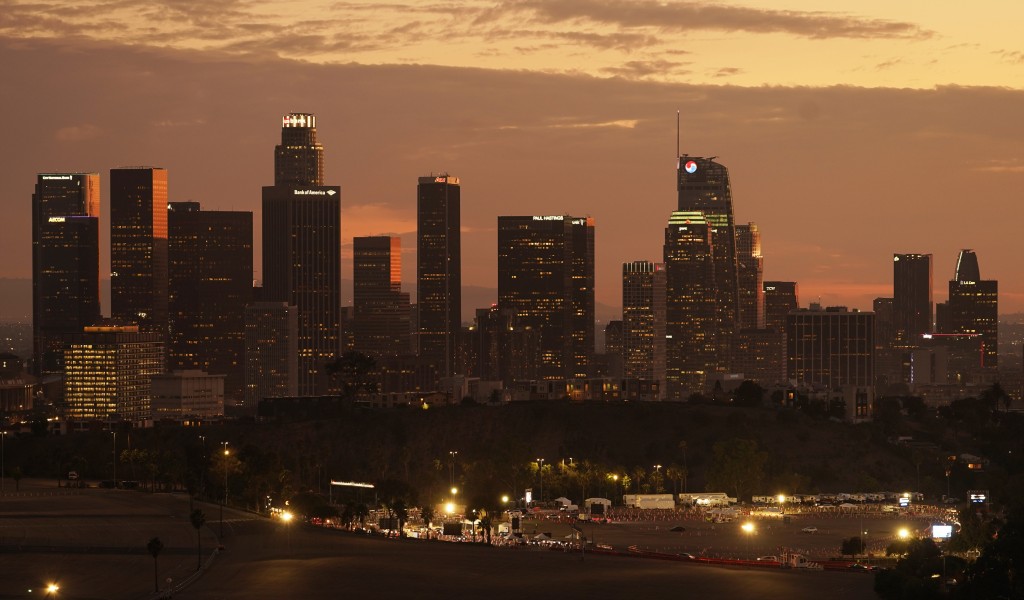 PROVIDENCE, R.I. (AP) — With the coronavirus coming back with a vengeance across the country and the U.S. facing a long, dark winter, governors and other elected officials are showing little appetite for imposing the kind of lockdowns and large-scale business closings seen last spring.

Among the reasons given: public fatigue, fear of doing more damage to already-crippled businesses, lack of support from Washington, and the way efforts to tame the virus have become ferociously politicized.

“I think that governors and mayors are, again, are in a really tough spot. The American population is emotionally and economically exhausted," Dr. Megan Ranney, an emergency physician and professor at Brown University in Providence, Rhode Island.

"I think that there are some minimum things that governors and mayors could and should be doing right now. But the trouble is, without support from the federal government, it becomes very difficult to do these things," Ranney said, citing the need for a stimulus package from Washington to help businesses pull through.

Increasingly alarmed public health officials and medical experts say time is running out as hospitals buckle under the crush of cases and Americans approach Thanksgiving, a period of heavy travel and family gatherings that are all but certain to fuel the spread of the virus.

The coronavirus is blamed for 10.6 million confirmed infections and almost a quarter-million deaths in the U.S., with the closely watched University of Washington model projecting nearly 439,000 dead by March 1. Deaths have climbed to about 1,000 a day on average.

New cases per day are soaring, shattering records over and over and reaching an all-time high on Thursday of over 153,000.

With cases rising rapidly in Mississippi, Republican Gov. Tate Reeves said he will not consider a statewide shutdown of businesses.

In Montana, where cases are up more than 16% in the past week, the state's chief medical officer, Greg Holzman, said that returning to a full lockdown of businesses “would definitely help” curb its spread but would put families living paycheck-to-paycheck “in dire straits.”

“I never wanted to punish the businesses that are doing right in this pandemic to keep their employees and customers safe. Shutting down those businesses would do just that,” he said.

The political perils of statewide mandates have played out in Wisconsin.

That state’s Democratic governor, Tony Evers, issued a “safer at home” order in March that was challenged by Republican lawmakers and struck down by the conservative-controlled state Supreme Court in May.

Evers’ other attempts at curbing the virus — a mask mandate and limits on occupancy indoors — also faced legal challenges. The powerful Tavern League of Wisconsin challenged Evers’ order limiting capacity at bars and restaurants, and a state appeals court earlier this month blocked it.

Evers this week gave an unusual prime-time address to the state, urging people to stay at home as much as possible and wear masks when out. But his instructions fell short of an order.

“They’re not in favor of mandating anything,” Evers said of Republicans who control the Legislature. “That makes it more difficult.”

The result has been a hodgepodge of local limits across the state, with some of the most strict in the state’s two most populated counties, Milwaukee and Dane. The city of Milwaukee is moving forward with imposing steep fines between $500 and $5,000 for violations of local health orders.

Other governors have likewise relied on local and county officials to tackle the crisis, creating a patchwork quilt of restrictions around the country. But that strategy has its limits.

In Tennessee, Nashville Mayor John Cooper said he doesn’t plan on reinstating restrictions on the city's honky tonks and other businesses. He said shutting down just one county would probably be ineffective against the virus because the surrounding areas wouldn’t be following the same guidelines.

“We are also subject to what goes on in our state and we can’t keep just our county safe,” Cooper said.

Some economists say the crisis has been falsely portrayed as a choice between the economy and public health. Instead, they argue that the economy cannot recover until the virus is brought under control and people are confident enough to go shopping, eat at restaurants and do other things again.

Some experts have argued, too, that strict but relatively short lockdowns could ultimately result in less economic pain than the half-measures employed now, which have only succeeded in dragging out the crisis.

Also, lockdowns ordered by the government may not hurt the economy as much as critics charge.

The economy collapsed after the virus hit the U.S. hard in mid-March. Assessing the damage for a June paper, however, economists Austan Goolsbee and Chad Syverson of the University Chicago found that government orders accounted “for only a modest share’’ of the damage.

Consumers chose to stay home -- or avoid the most crowded stores -- on their own, the researchers found.

Ideally, “the way you fight a pandemic is a whole-of-society, a whole-country approach,” Quick said. “One strategy, one plan, one voice. That would help tremendously.” But in the meantime, he said, governors are “our best hope to prevent catastrophe.”

But Brown University's Ranney warned: "The thing that worries me, though, is that we may have already passed the point where those can be effective. The time to do those strategic closures was two weeks ago.”

Johnson reported from Washington state; Pane reported from Boise, Idaho. AP journalists around the U.S. contributed to this report.