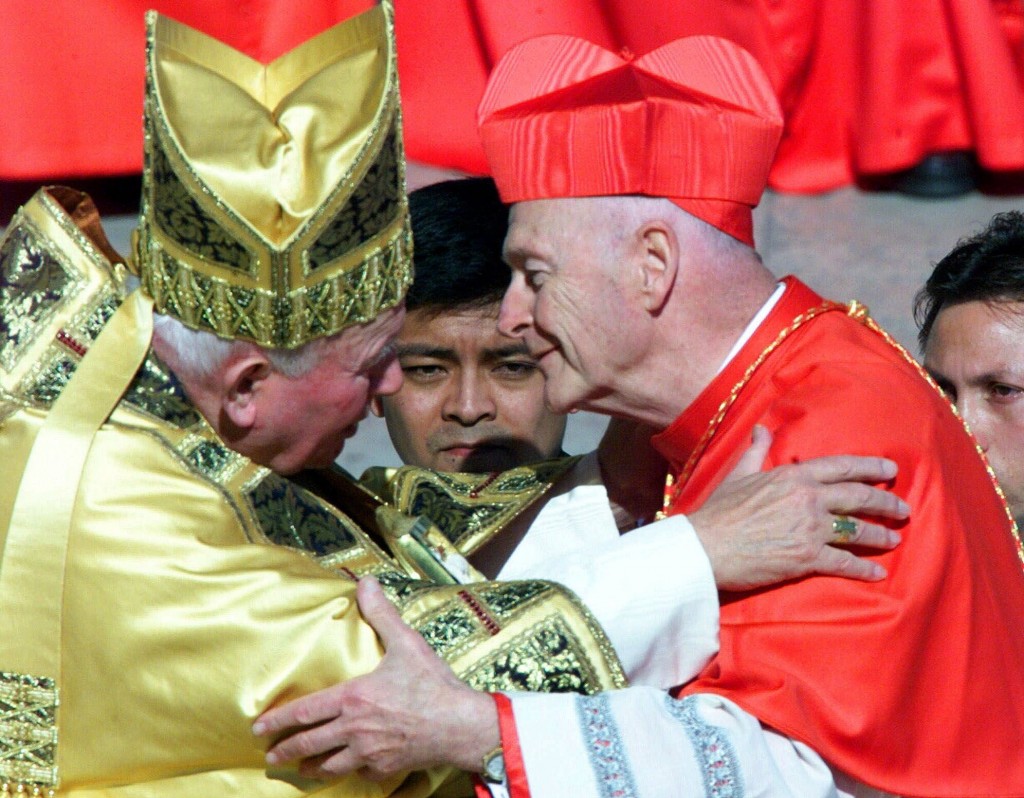 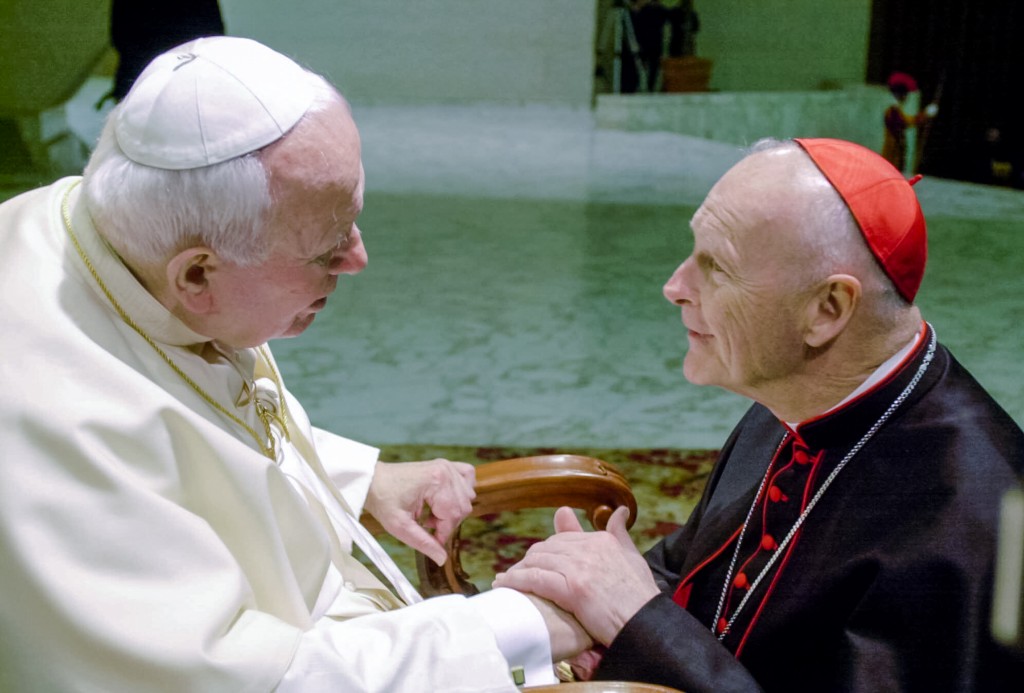 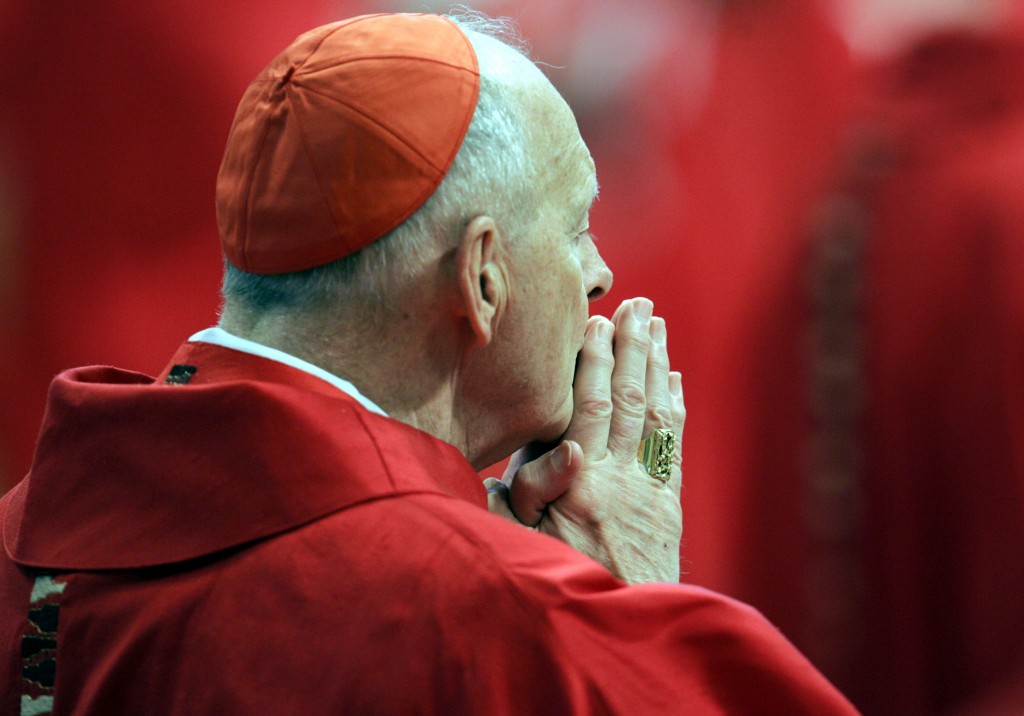 WARSAW, Poland (AP) — Polish bishops defended St. John Paul II on Friday against evidence that he rejected reports that ex-Cardinal Theodore McCarrick slept with his seminarians, seeking to salvage a papal legacy that has been badly tarnished by his inaction on clergy sexual abuse.

The head of the Polish bishops conference, Archbishop Stanislaw Gadecki, said in a statement that John Paul had been “cynically deceived” by McCarrick as well as other U.S. bishops.

It was the Polish bishops’ first response to the publication this week of the Vatican’s two-year investigation into McCarrick, which implicated John Paul and his secretary in covering up McCarrick's sexual abuse.

The criticism of John Paul’s legacy has hit a nerve in overwhelmingly Catholic Poland, where its most famous native son has long been held up as model for his role in bringing about the fall of communism and for keeping the faith and national values alive. His legacy, though, has come under increasing scrutiny here and abroad, amid a growing scandal over abusive priests and bishops who covered for them in Poland itself.

Pope Francis defrocked McCarrick, 90, last year after a separate Vatican inquest determined he sexually abused children and adults, including during confession, and abused his power over seminarians during his decades-long rise in the church. Francis authorized the more in-depth study into McCarrick's rise and fall in the church amid evidence that the Vatican and U.S. bishops knew of his abuses since the late 1990s but turned a blind eye.

The 449-page report determined that John Paul, who was pope from 1978 to 2005, had received credible reports about McCarrick's misconduct from authoritative prelates in the late 1990s. Yet even after commissioning an inquiry that recommended against a promotion, John Paul in 2000 named McCarrick archbishop of Washington D.C., and later a cardinal.

The report said John Paul apparently was swayed by a last-minute, handwritten letter from McCarrick addressed to the pope's trusted secretary, then-Bishop Stanislaw Dziwisz, insisting he never had “sexual relations” with anyone.

Gadecki’s statement came on the same day that the U.S. Catholic newspaper, the National Catholic Reporter, called for the “suppression" of the devotional cult of John Paul as a response to the Vatican report.

It urged U.S. bishops, who meet this weekend for their annual fall assembly, to “seriously consider” whether American Catholics should continue encouraging devotion to him by placing his name on churches and schools and hosting processions on his liturgical feast day.

“It is time for a difficult reckoning,” the paper said in an editorial. “This man, proclaimed a Catholic saint by Pope Francis in 2014, willfully put at risk children and young adults in the Archdiocese of Washington, D.C., and across the world. In doing so, he also undermined the global church’s witness, shattered its credibility as an institution, and set a deplorable example for bishops in ignoring the accounts of abuse victims.”

Francis canonized John Paul after his saint-making process was expedited after his 2005 death.

The McCarrick scandal has revived criticism of the fast-track sainthood process and John Paul's legacy itself, given previous allegations he ignored reports that priests around the world raped and molested children, chief among them the founder of the Legion of Christ religious order.

The Vatican report notes the church’s long-standing excuse that John Paul was blind to abuse victims’ pain because he saw first-hand how priests in his native Poland were intentionally discredited with false accusations by Communist authorities.