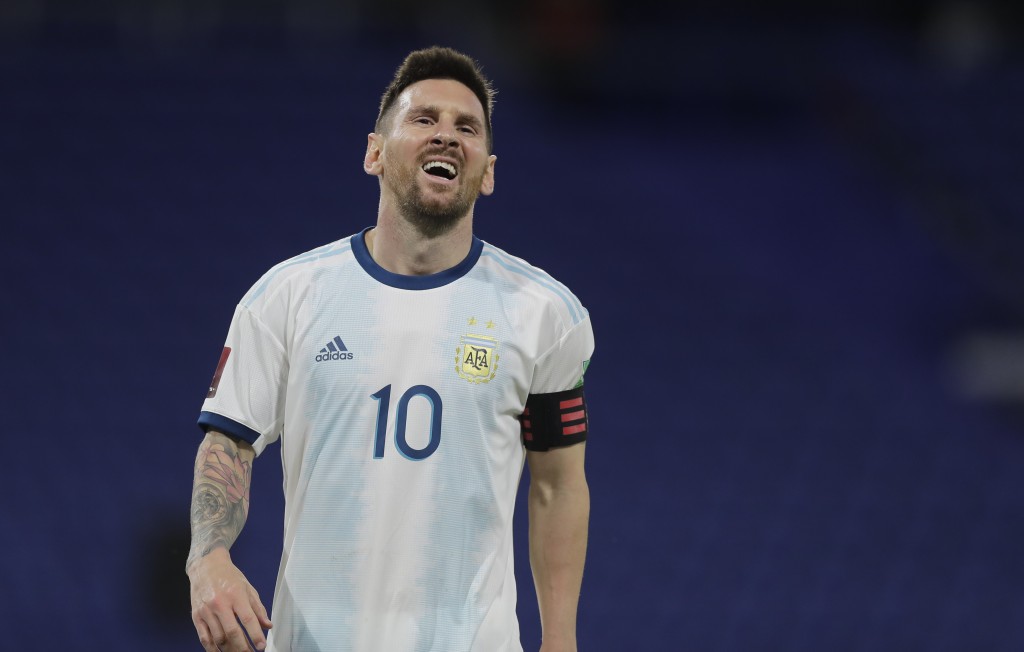 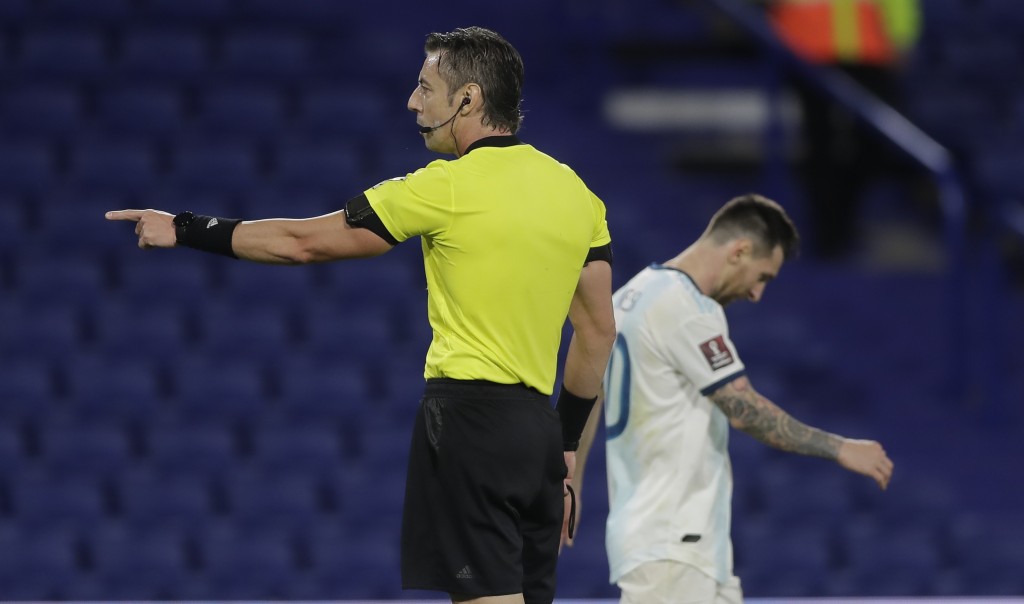 SAO PAULO (AP) — Lionel Messi had a goal disallowed and another denied as Argentina was held to a 1-1 draw in South American World Cup qualifying.

The draw at La Bombonera stadium puts Argentina on the top of the standings with seven points from three matches, but Brazil — on six — could move ahead with a home win over 9th-place Venezuela on Friday.

Paraguay is in 4th position with five points.

Argentina’s fourth match in qualifying will be on Tuesday, when Paraguay hosts Bolivia and Ecuador is at home to Colombia.

In Thursday’s opening match, 10th-place Bolivia conceded a late penalty to lose 3-2 at home to Ecuador. The Ecuadorians are now in 3rd place with six points in three games.

The top four teams will automatically qualify for the 2022 World Cup in Qatar. The fifth-place team will go into an inter-continental playoff.

Paraguay once more gave Argentina trouble, opening the scoring in the 21st minute via Ángel Romero's penalty. Argentina equalized in the 41st after Giovani Lo Celso took a corner and found Nicolás González free in the box to head it home.

Messi appeared to give Argentina a lead in the 57th minute, but a video reviewed decision by Brazilian referee Raphael Claus found a foul for Paraguay 27 seconds earlier when the ball was still in Argentina's half.

Messi nearly scored from a free kick 14 minutes later, but Paraguayan goalkeeper Antony Silva made the save of the match in the top left corner.

Argentina coach Lionel Scaloni had to be creative for the match. Messi started with pain in his left ankle, and defender Nicolás Tagliafico had to be replaced by González, who usually plays as a striker at Stuttgart.

Scaloni also lost midfielder Exequiel Palacios to injury after only 30 minutes, but his replacement Lo Celso ended as one of the best on the pitch — though not enough to secure Argentina a home victory.

Ángel Di Maria, who was initially expected to start, entered in the second half but was unable to produce a goal for Argentina's much-needed home win.

Ecuador's win in La Paz was decided in the final minutes. But a significant moment for Bolivia occurred earlier, off the pitch at Hernando Siles stadium, when investigators arrested the interim president of the country’s soccer federation, Marcos Rodríguez.

Local media broadcast a video showing Rodriguez, who is accused of corruption, being escorted by investigators during halftime. Bolivia's soccer federation, which has been in political turmoil since the death of César Salinas in July, had been scheduled to elect a new president on Friday.

Juan Carlos Arce opened the scoring for the hosts in the 37th minute, with an angled low shot to the left corner of Ecuador goalkeeper Alexander Dominguez.

The Ecuadorians equalized a minute after halftime when defender Beder Caicedo calmly entered the penalty box and scored with a left-foot shot.

Ángel Mena put the visitors in front in the 55th, beating Bolivia's Enrique Flores on the right edge of the box and, with a precise shot, squeezing the ball between Carlos Lampe's hands and the left post.

Bolivia equalized on the hour when captain Marcelo Martins headed home after a corner. But it ended in disappointment for the hosts when a VAR decision went to Ecuador for a handball by Adrián Jusino.

Carlos Gruezo scored from the spot two minutes from time to seal the win.