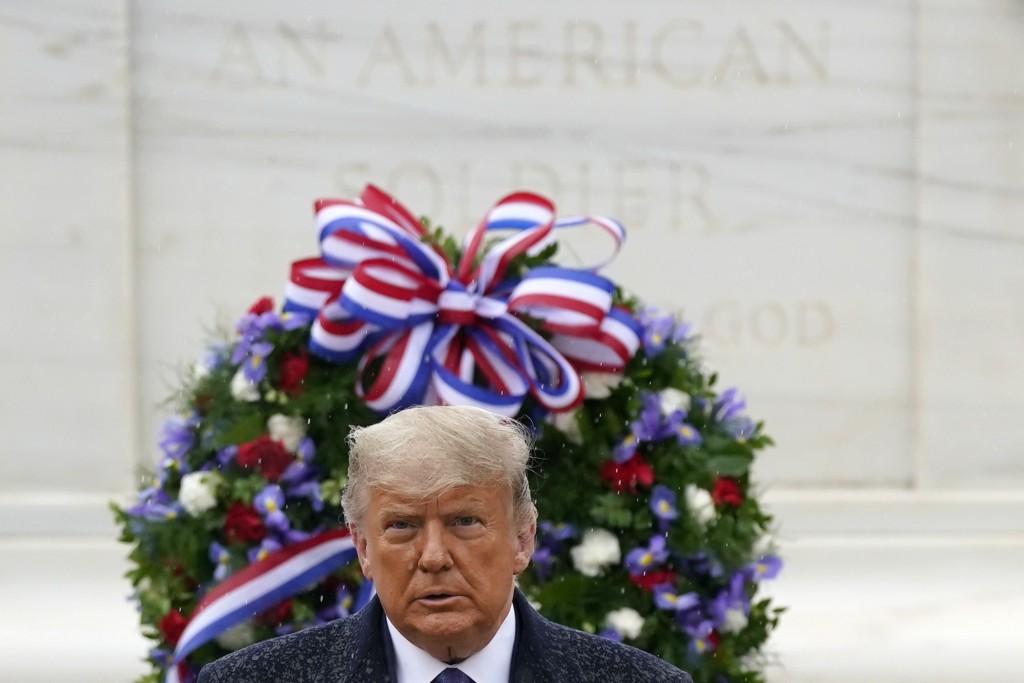 President Donald Trump falsely claimed on Twitter that an election technology firm “deleted” large numbers of his votes or “switched” them to count for Joe Biden — the latest in a series of baseless theories suggesting vote counting problems that the president has been promoting.

His tweet Thursday amplified a “report” built on empty claims that originated in anonymous comments on a pro-Trump blog.

Trump and his supporters have launched groundless attacks on one of the most widely used technology firms in the U.S., Dominion Voting Systems, seeking to sow doubt in the results of the 2020 election, despite no evidence of any serious irregularities.

Here's a look at the claims in Trump's tweet:

THE FACTS: There’s no evidence of widespread fraud in the 2020 election, or of major problems with Dominion’s systems. Election officials from both political parties have stated publicly that the election went well, and international observers confirmed there were no serious irregularities.

There have been only a “small handful” of issues that were the result of human error involving voting technology, not the software itself, said Eddie Perez, a voting technology expert at the OSET Institute, a nonpartisan election technology research and development nonprofit.

The OSET Institute has helped monitor more than 1,000 reports of voting issues throughout the U.S. since Election Day.

Perez said he was not aware of any systemic issue related to problems with Dominion software that would affect the tabulation of results.

Technical issues during voting this year occurred at a lower rate than in most elections because “election procedures (were) followed more scrupulously than usual,” said University of Iowa professor Doug Jones, co-author of “Broken Ballots,” a voting technology history.

There is also “no factual basis” for Trump’s claims that 221,000 votes were switched from Biden to Trump in Pennsylvania, Ellen Lyon, spokesperson for the Pennsylvania Department of State, said in an email.

The “report” Trump mentions in his tweet was aired on the conservative television network One America News Network, which promoted a theory posted to a pro-Trump blog that claimed that millions of votes were switched or deleted in Biden’s favor. The TV network did not immediately respond to a request for comment.

The anonymous commenter who posted the theory claimed the findings are supported by data from the polling firm Edison Research. Yet the company has not produced such a report, said Larry Rosin, the president of Edison Research.

“We have no evidence of any voter fraud,” Rosin said in an email.

The biggest example of a tabulation problem in the 2020 election involved a few thousand votes in Antrim County, Michigan, and was the result of human error, Perez said.

It turned out Dominion was not to blame, according to the Michigan Department of State. “There was no malice, no fraud here, just human error,” County Clerk Sheryl Guy told The Associated Press. The tabulation error was corrected.

Dominion is one of the largest voting technology providers in the U.S., with more than 30 states using its software.

The company has been the target of a number of false claims about the election pushed by Trump supporters, among them that the company has ties to prominent Democrats.

Dominion did not immediately respond to a request for comment. In a press release issued Nov. 7, the company said there was no credible evidence to support claims of system software errors in states like Michigan.