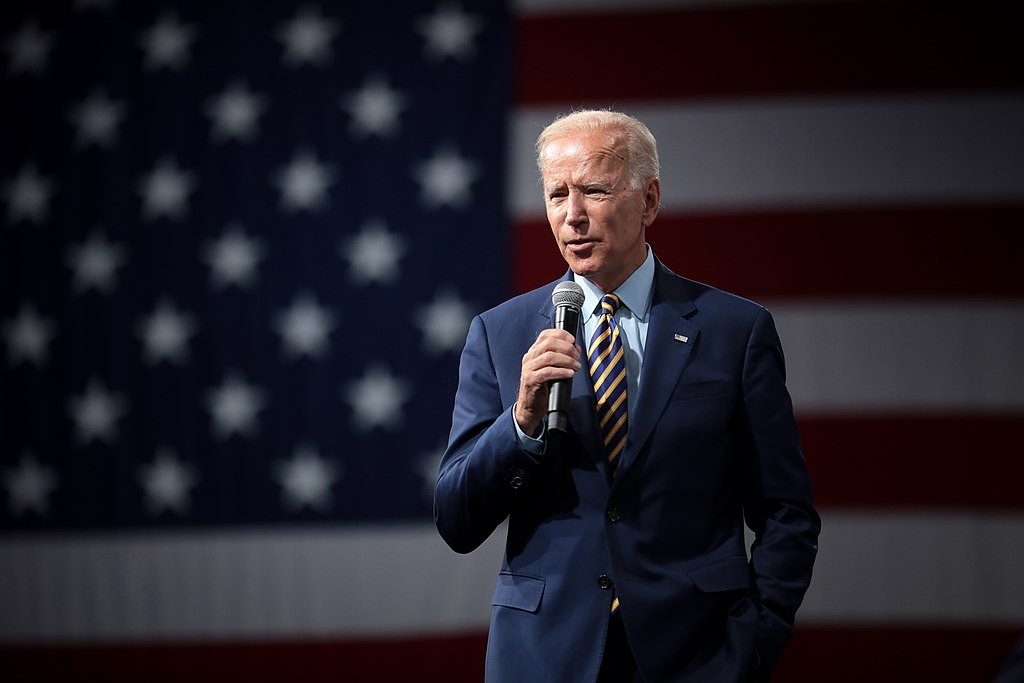 KAOHSIUNG (Taiwan News) — Earlier this week, Gregory R. Copley, president of the International Strategic Studies Association (ISSA), predicted that if China was to invade Taiwan while Joe Biden is in office the U.S. “would not intervene.”

He even went so far as to suggest that "nobody has worked harder for the election of the Biden administration than Xi Jinping (習近平) and the Communist Party of China (CCP)," in comments made in a radio interview, reported by Taiwan News.

It is easy to understand why Copley might hold these views given the strategy of appeasement the Barack Obama administration adopted toward China when Biden served as vice president. But the reality is that the circumstances Biden inherits when he steps into the Oval Office as president will be far different from those that Obama had to contend with.

During the Donald Trump administration, we have seen China illegally annex Hong Kong and start a global pandemic that has ravaged few countries worse than the U.S. Throw in the CCP's hostile trade and economic activities, its human rights atrocities, and flagrant manipulation of international political organizations, and it is clear the same laissez-faire approach to China is simply not an option for any U.S. president.

Copley's prediction also assumes that it is only the Republican party that is supportive of Taiwan and understands its strategic value to the U.S. While the Republicans do have a long track record of supporting Taiwan, it is important to note the pro-Taiwan legislation passed during the Trump years has, without exception, received bipartisan approval.

Biden himself also appears to be better disposed towards Taiwan than might have been the case previously. As President Tsai Ing-wen (蔡英文) was keen to point out when congratulating him on being confirmed as president-elect on Twitter, Biden congratulated her on being re-elected back in January and stated then that he wants to “continue strengthening our ties with Taiwan and other like-minded democracies.”

The prospect of Michele Flournoy being appointed as defense secretary under Biden also bodes well. As we pointed out earlier this week, Flournoy is an outspoken advocate of U.S. power and ensuring it has an effective deterrent in the South China Seas that is capable of sinking the Chinese naval fleet inside 72 hours.

However, for all these positive indicators, there is still a sense of unease here in Taiwan. The thinking is that, for all his unpredictability and irrationality, Taiwan is losing a friend in the outgoing President Trump and China will be emboldened once Biden is ensconced in the White House.

It should therefore be one of Biden’s first priorities to send a clear message to the CCP that establishes three things:

One possible way to deliver such a message would be to take a call from Tsai to congratulate him on his election victory, as Trump did four years ago. Such a move would provoke howls of indignation from the CCP, as it did then, but it would do little to change the status quo while sending a clear signal to Beijing about where Biden stands on Taiwan.

This week has also seen the first public confirmation of U.S. marines in Taiwan since formal diplomatic recognition was withdrawn in 1979, though this was later disputed. If true, this is a major step forward in U.S.-Taiwanese military relations.

Biden should ensure that such visits become the norm and that marines continue to be posted at the American Institute in Taipei, too. Alongside regular sailings of U.S. Navy vessels through the Taiwan Strait and approved U.S. military flights into Taiwan's airspace, such a move would be a clear indicator to the CCP that Biden intends to honor the legal requirements of the Taiwan Relations Act in full.

Another possibility is to send a high-level U.S. government visitor to Taiwan in the first few months of his administration. Such a move is now permitted under the Taiwan Travel Act, which was passed unanimously by the House of Representatives in 2018.

It is inevitable the CCP will test the waters of a Biden Administration to see how far it can push before he is willing to stand up to them. This is why Biden needs to make it abundantly clear from the very start where he stands on Taiwan and U.S.-Chinese relations more generally.

It is imperative for the U.S., Taiwan, and the rest of the democratic world that Biden sends a loud, clear, and unequivocal message to Beijing that while the U.S. president might have changed, U.S. policies toward China and Taiwan have not.