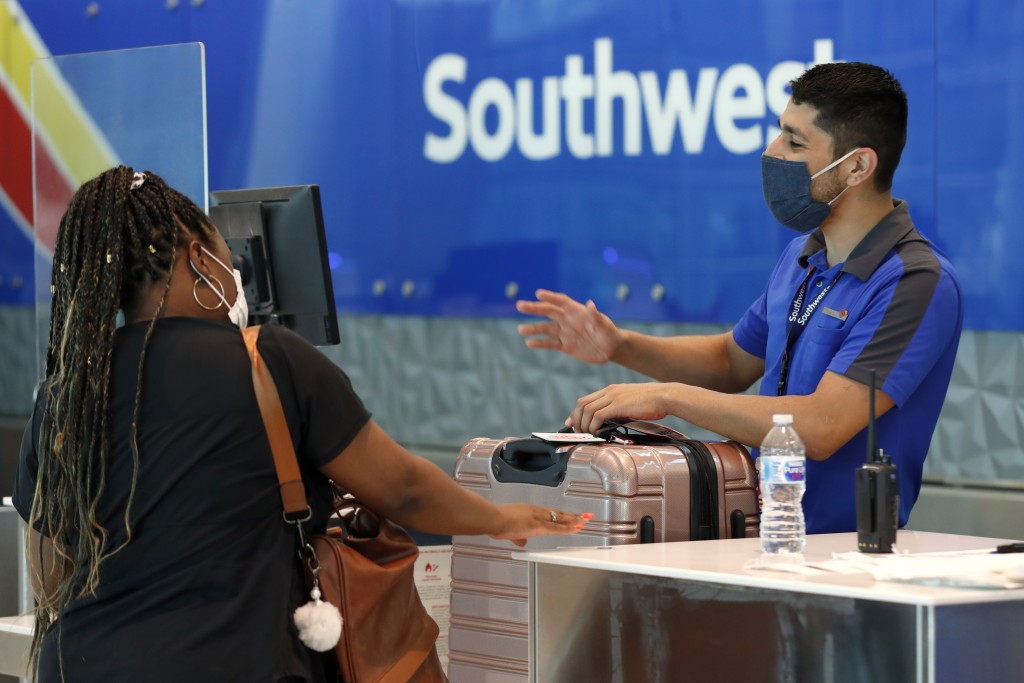 DALLAS (AP) — Southwest Airlines cautioned Thursday that the tenuous recovery in air travel could be fading as coronavirus cases spike across the United States.

The nation’s fourth-biggest airline said after a modest rise in leisure-travel bookings from August through October, it now sees a slowdown in what were improving revenue trends for November and December.

Airline stocks surged on Monday after Pfizer reported promising early results from a trial of a coronavirus vaccine. However, the stocks have retreated as new confirmed cases of COVID-19 soared this week, topping 140,000, to set a new record Wednesday.

The report from Dallas carrier added to fears that the spreading virus cases will hurt travel demand heading into Thanksgiving, a key period for airlines.

Southwest said in a regulatory filing that October revenue is down about 65% from a year ago, and that November and December revenue will be off 60% to 65%. It is unclear whether the weakening booking trends is directly related to the surge in virus cases. Other industry officials left little doubt, however.

“Demand is softening, and in the wake of the news, it’s probably not hard to figure out why,” said Nicholas Calio, president of the trade group Airlines for America.

Air travel remains deeply depressed – in the U.S., it’s down about 65% from a year ago. Although that is improvement over April's 95% decline, Calio told reporters that U.S. airlines are still losing about $180 million a day.

Airlines have added more flights for Thanksgiving, but health officials are warning against big gatherings over the holiday. This week, New York limited private gatherings to 10 people, even for outdoor events.

Travel restrictions designed to stop spreading the virus have upended the airline business. The top nine U.S. carriers have lost $36 billion so far this year, according to Airlines for America. Business travel and international routes have been particularly hard-hit.

Canada, Europe and much of Asia are closed to most Americans. Mexico is a relative bright spot, with travel there from the U.S. down only 41%, to 1.3 million passengers in October. With other nations cut off, the Dominican Republic is now the second-biggest destination for U.S. international travelers, according to the airline trade group.

In midday trading, share of Southwest and United Airlines were down less than 1%, while American and Delta were up less than 1%.