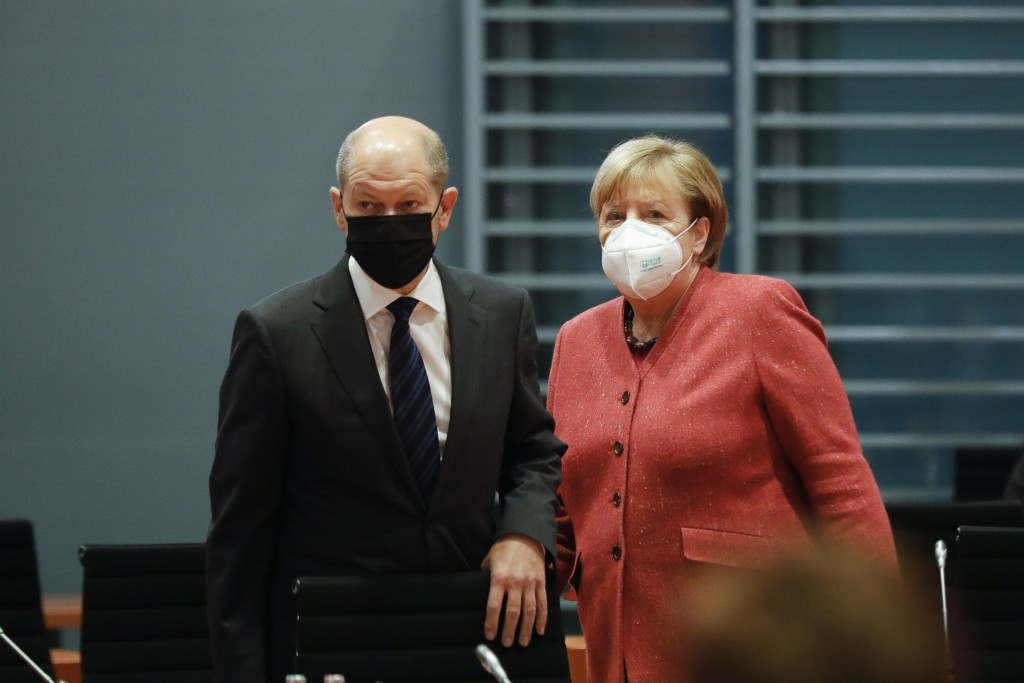 BERLIN (AP) — The German government's tax income this year is expected to be a bit higher than previously forecast after the economy, Europe's biggest, performed relatively well in the third quarter.

An updated forecast by tax experts for the government released Thursday predicted a tax take of 728.3 billion euros ($859 billion) this year, up from the 717.7 billion euros they expected in September. Next year's outlook improved to 776.2 billion euros from 772.9 billion euros.

The German economy grew by 8.2% in the third quarter compared with the previous three-month period, when it was hit hard by the first phase of the coronavirus pandemic. The government is predicting that, over the full year, it will shrink by 5.5%.

The full-year forecast has become progressively less pessimistic, despite a resurgence of virus cases in Germany and elsewhere in Europe. German authorities last week launched a four-week partial shutdown in an effort to push down infections, shutting restaurants, bars, sports and leisure facilities, but leaving schools and nonessential shops open.

The government initially said it would spend up to 10 billion euros to compensate businesses hit by the shutdown for revenue they miss out on.

On Thursday, Finance Minister Olaf Scholz said that “it will certainly be more than the 10 billion we have been discussing so far, and I think that's completely OK because we are able to do it and we should do it so that we can maintain the good economic data we have today.”

He didn't give a specific figure but said “it could be a few billion more," depending on demand.

After six years in the black, Germany is borrowing a net 217.8 billion euros this year to finance rescue and stimulus packages and cover an expected shortfall in tax revenue. Next year, it plans to borrow a further 96.2 billion euros.