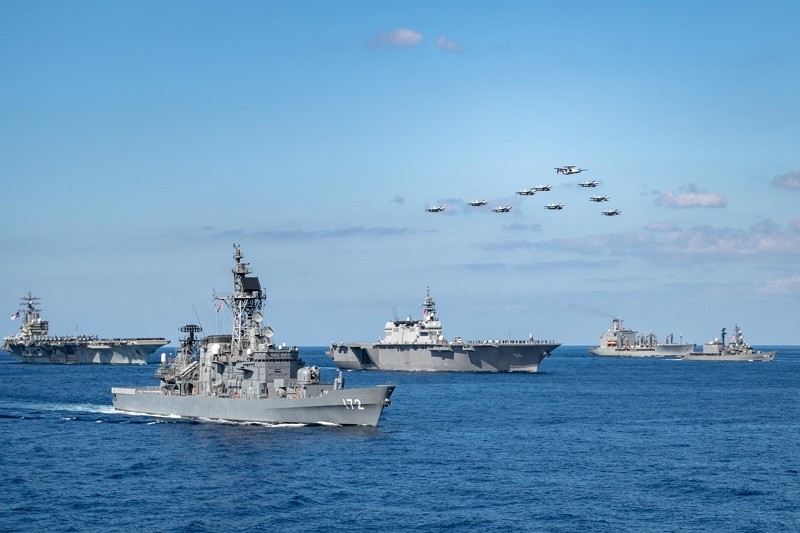 TAIPEI (Taiwan News) — The American and Chinese militaries kickstarted a three-day virtual seminar on Wednesday (Nov. 11) that some hope will help reduce the risk of a conflict between the global powers.

China’s Ministry of National Defense said in a short press release that the two sides were holding online talks from Nanjing and Hawaii focusing on the COVID-19 pandemic, disaster control, and humanitarian aid. This is the 16th such dialogue since the two militaries started exchanges on disaster relief in 1997.

Pang Zhongying, an international relations expert at the Ocean University of China, believes the talks are a “pragmatic sign” of engagement. The inclusion of the coronavirus on the agenda also signals a shift from the Trump administration’s belligerent approach towards Beijing on the front of pandemic response, wrote South China Morning Post.

Chinese Communist Party mouthpiece the Global Times cited a military expert as suggesting that low-hanging fruit such as disaster relief and medicine are the areas on which the two sides are still able to maintain communication.

Military tensions between the two countries have been growing in the past months, marked by more brazen maneuvers in the South China Sea and the Taiwan Strait. Beijing vowed retaliation last month after the U.S. announced additional arms sales to Taiwan.