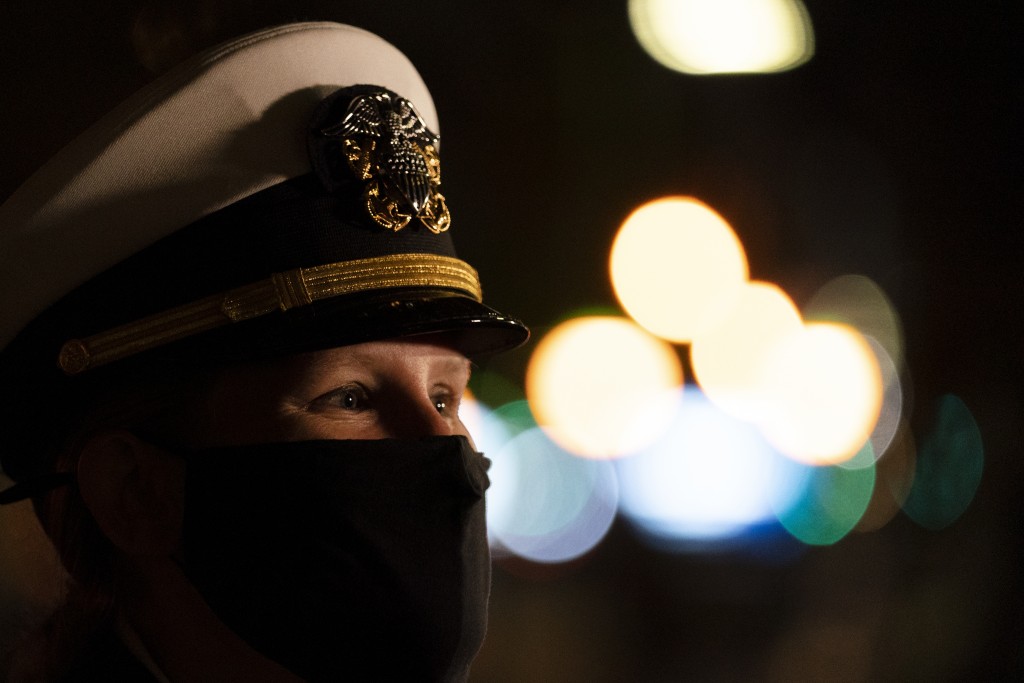 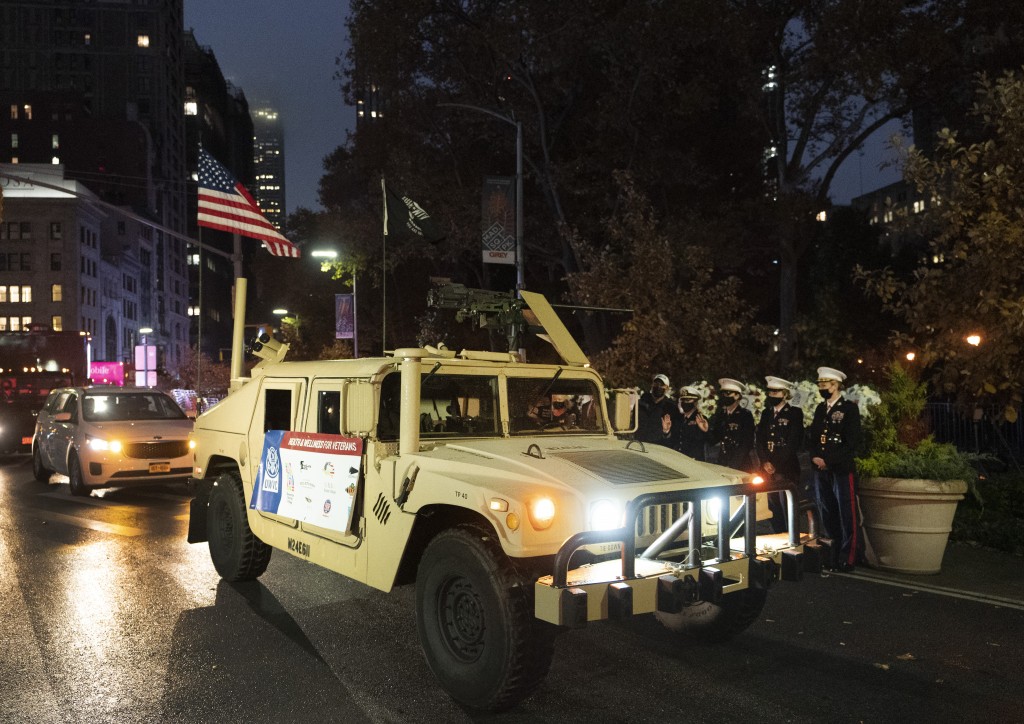 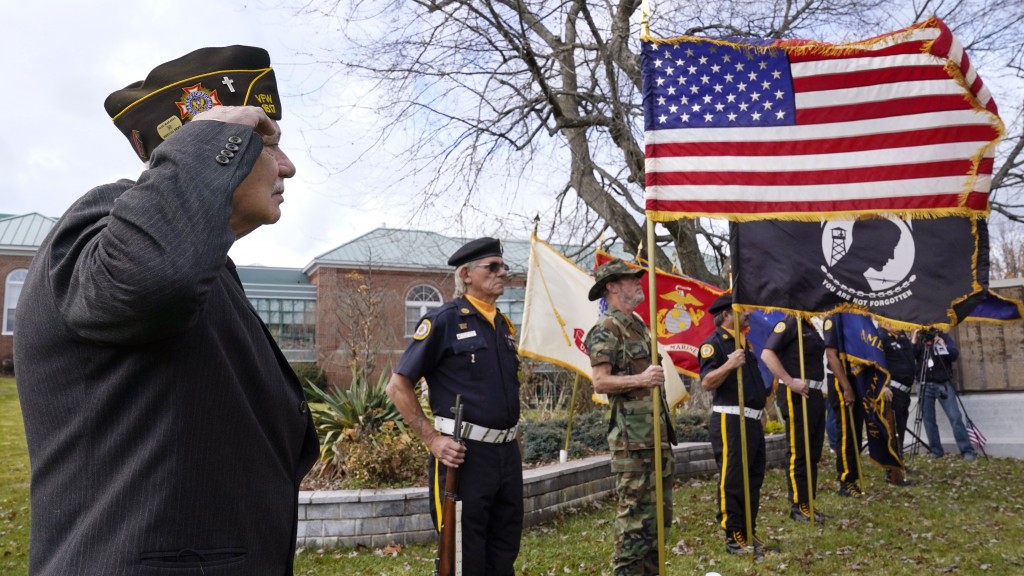 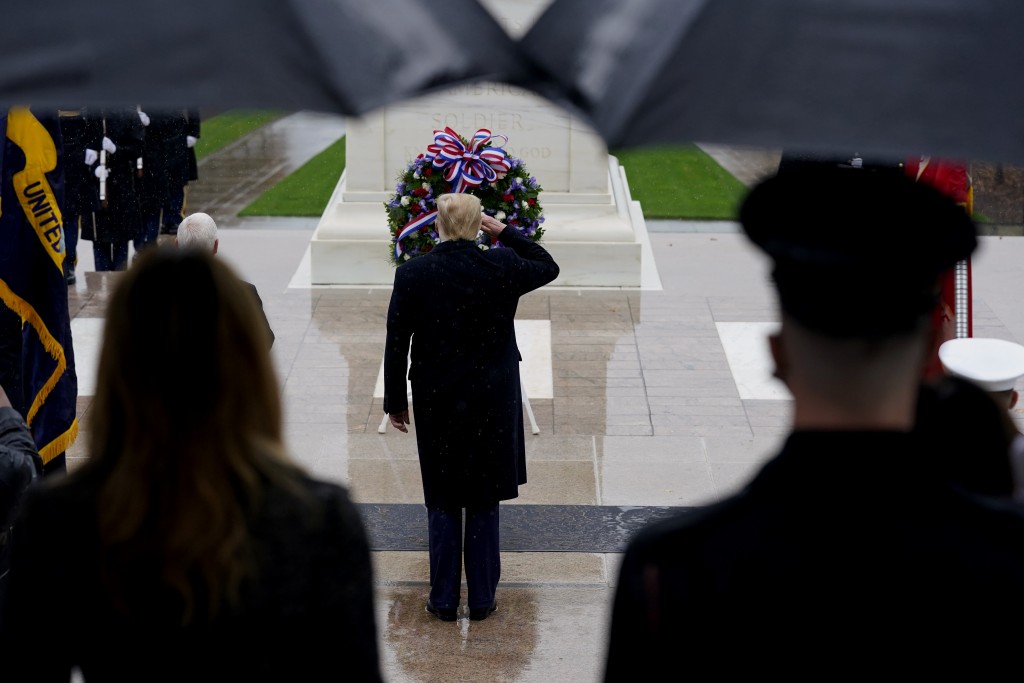 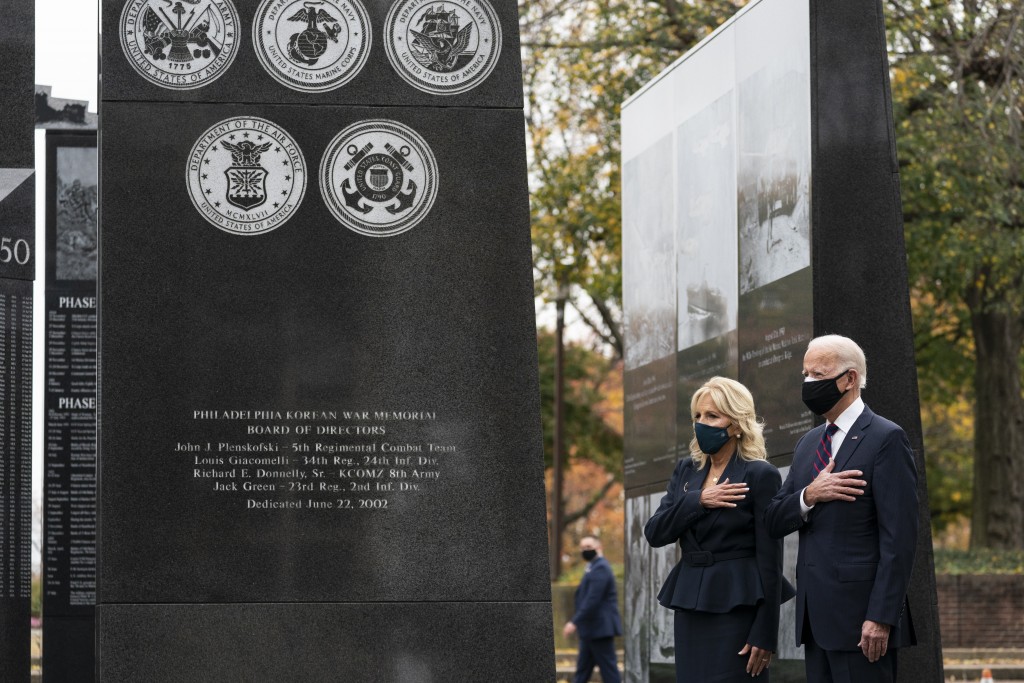 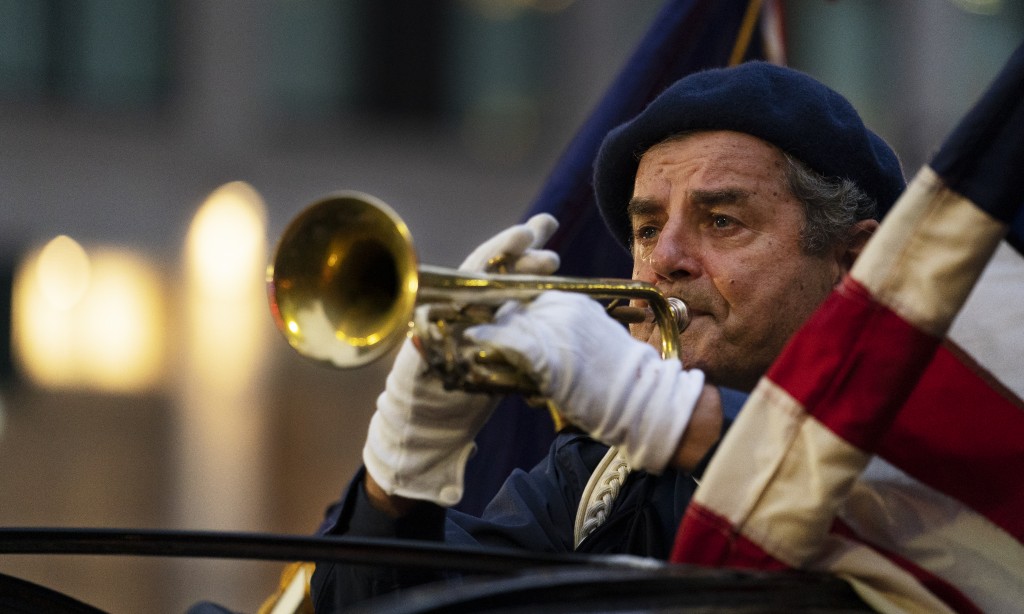 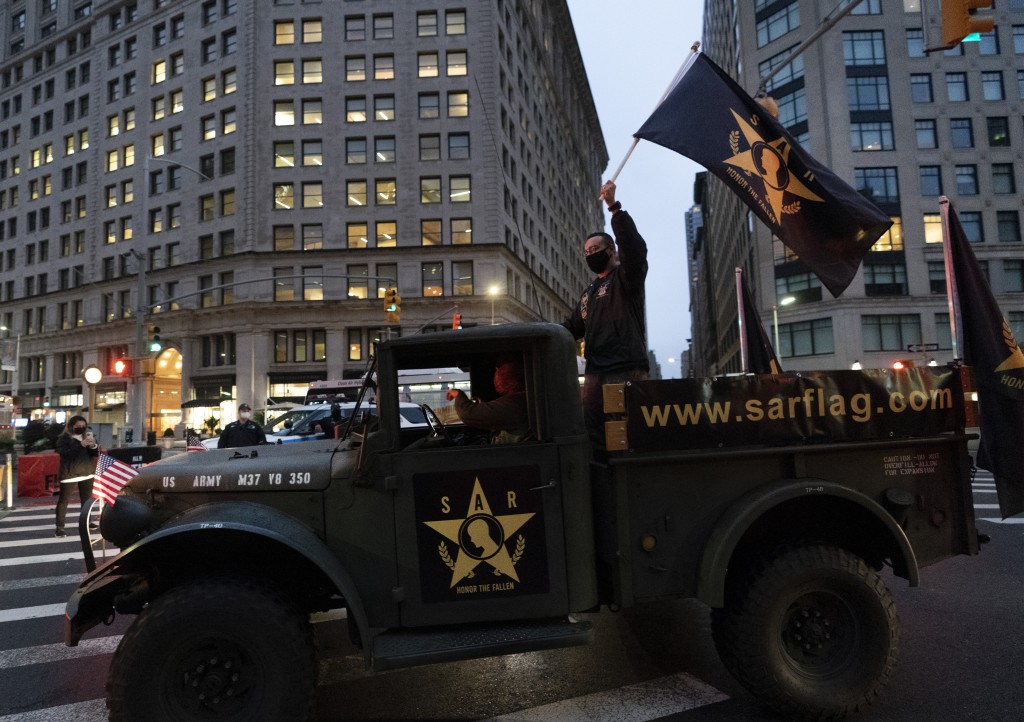 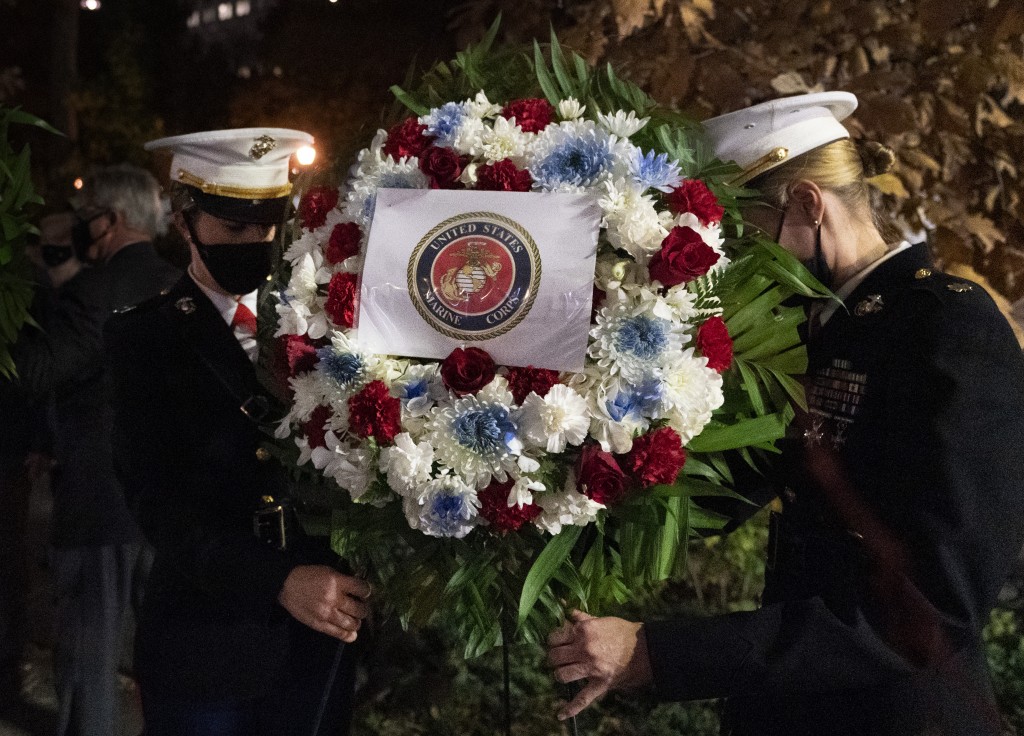 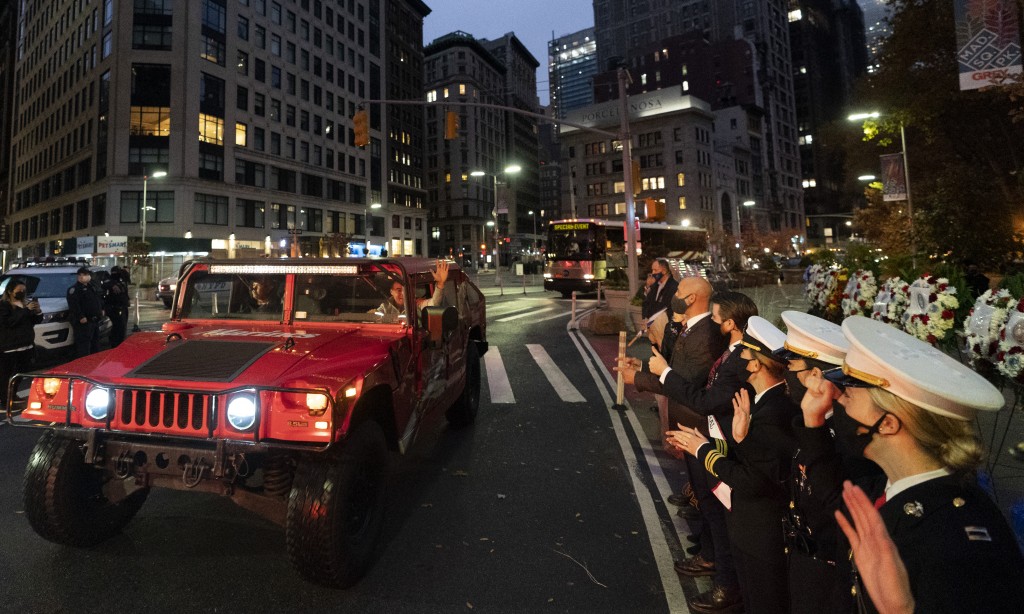 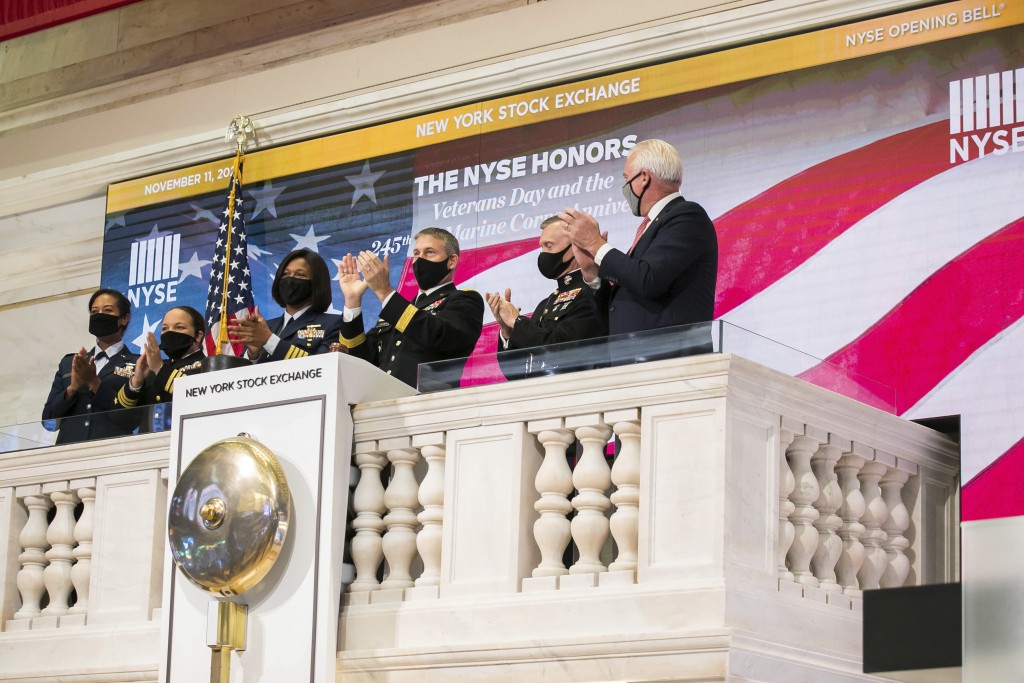 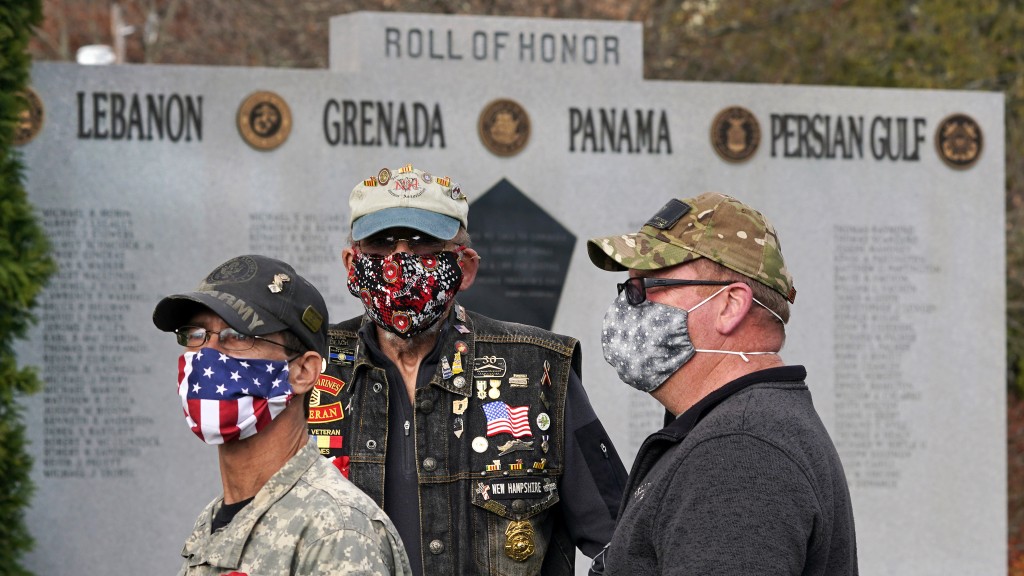 OKLAHOMA CITY (AP) — Celebrations marking Veterans Day gave way to somber virtual gatherings Wednesday, with many of the nation’s veterans homes barring visitors to protect their residents from the surging coronavirus that has killed thousands of former members of the U.S. military.

Cemeteries decorated with American flags were silent as well, as many of the traditional ceremonies were canceled. With infections raging again nationwide, several veterans homes are fighting new outbreaks.

In New York City, a quiet parade of military vehicles, with no spectators, rolled through Manhattan to maintain the 101-year tradition of veterans marching on Fifth Avenue. President Donald Trump took part in an observance at Arlington National Cemetery, while President-elect Joe Biden placed a wreath at the Korean War Memorial in Philadelphia.

More than 4,200 veterans have died from COVID-19 at hospitals and homes run by the Department of Veterans Affairs, and nearly 85,000 have been infected, according to the department.

That death toll does not include an untold number who have died in private or state-run veterans facilities, including the Holyoke Soldiers’ Home in Massachusetts, which had nearly 80 deaths earlier this year. Two former administrators were charged with criminal offenses after an investigation found that “utterly baffling” decisions caused the disease to run rampant there.

American veterans are especially vulnerable to COVID-19 because of their age and underlying health conditions, some of which can be traced to exposure to the Vietnam-era defoliant Agent Orange and smoke from burning oilfields in the Persian Gulf.

All told, the coronavirus has taken almost a quarter-million lives in the U.S., or about four times the number of American military deaths in Vietnam.

The Holyoke Soldiers' Home has barred all visitors for two weeks after a staff member tested positive in late October. It planned to honor veterans throughout the day with gifts, treats, music and a virtual ceremony.

In Idaho, 33 residents of the state veterans home in Boise have tested positive, including nine on Tuesday, said home administrator Rick Holloway. Six have died, and four are hospitalized.

On Veterans Day, the home is normally full of family members, community groups and officials who gather to thank the former members of the military for their service. This year, the halls were empty, and the home planned to serve residents a special prime rib dinner in their rooms.

“It was beautiful, even knowing that we’re not going to be there. I think for veterans this is going to be a hard day,” he said.

Idaho Gov. Brad Little pleaded with residents to wear masks and socially distance in honor of those who served in the armed forces. “They have endured loss of friends, loss of limbs and loss of mental and emotional security to protect us. Now our veterans need us,” he said in a statement.

Ninety-eight veterans have died from COVID-19 in Missouri’s seven veterans homes since Sept. 1, and Gov. Mike Parson ordered an independent review after several deaths in October.

In Oklahoma, more than 300 cases of coronavirus have been reported at six of the state’s seven veterans homes and 72 residents have died from COVID-19. Officials believe the two worst outbreaks were caused by an employee who was infected but had no symptoms.

Rusty Elkins said his 84-year-old father Glenn Elkins, who joined the Navy during the Korean War and spent most of his career as a public school teacher and administrator, was among those who died from COVID-19 after contracting it at the veterans home in Norman, Oklahoma.

He said he believes a shortage of staffers and a rotating group of doctors led to a lack of leadership at the facility that worsened the problem. His father was transferred to a hospital in Oklahoma City, but his condition deteriorated as he waited for a bed.

“I wanted him to have a chance, but by then it was too late," Elkins said. “I didn’t get him here quick enough.”