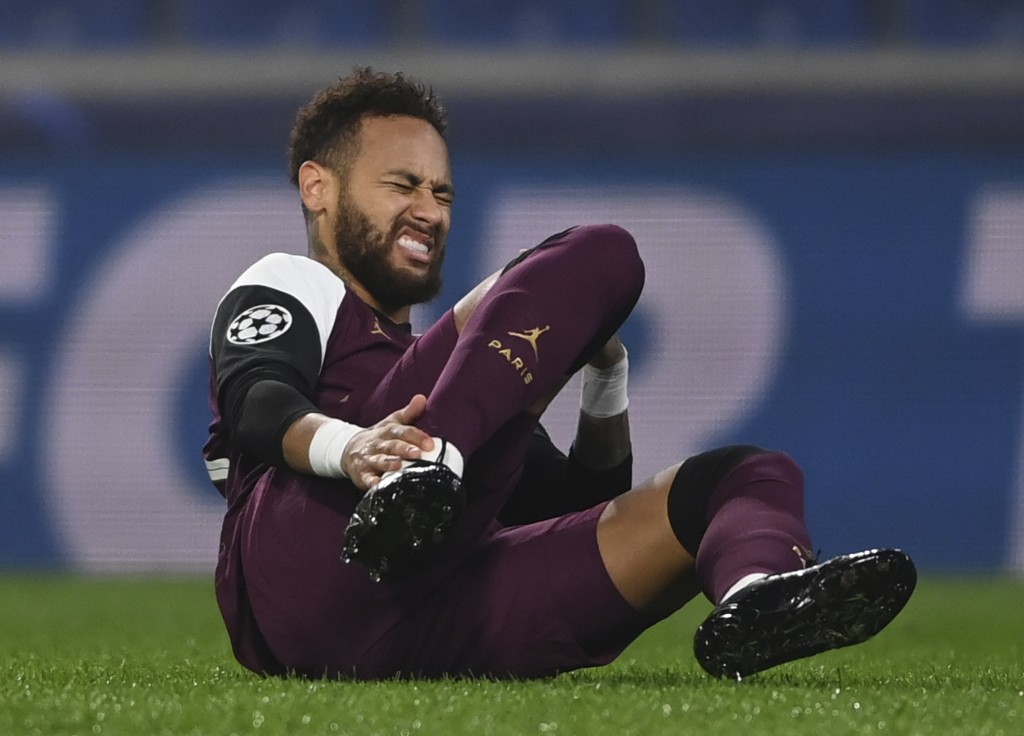 For Brazil, forward Philippe Coutinho is out. Argentina will be missing striker Paulo Dybala. And Uruguay will have to do without midfielder Federico Valverde.

Brazil has the added problem of missing Neymar for the team's match against Venezuela on Friday because of a groin injury. But he could return against Uruguay on Tuesday.

Brazil and Argentina lead the 10-team qualifying group with six points from two matches, followed by Colombia and Paraguay with four points each. Uruguay has three points.

Argentina will host Paraguay on Thursday and then travel to Peru for a match on Tuesday. The Uruguayans play at Colombia on Friday and then face Brazil.

In other matches, Bolivia plays Ecuador on Thursday and then faces Paraguay on Tuesday. Chile hosts Peru on Friday and then goes to Venezuela for a match on Tuesday.

The top four teams in the group will automatically qualify for the 2022 World Cup in Qatar. The fifth-place team will reach a playoff against a team from another continent.

Argentina will be without Dybala against Paraguay because of a urinary infection while Sergio Aguero remains out with muscular problems, making it likely Lionel Messi will have Ángel Di María as his partner up front.

Things aren't much better behind the attacking line. Midfielders Marcos Acuña and Eduardo Salvio are injured and defender Lucas Martínez Quarta could be left on the bench because of health protocols. He is expected to arrive in Buenos Aires only a day before the match at La Bombonera Stadium.

Argentina struggled to a 1-1 draw against Paraguay that last time the two teams met, at the 2019 Copa America.

“There can be similar things to that Copa America match,” Paraguay coach Eduardo Berizzo said. “Mainly in the way we closed the defensive gaps, how we helped each other by being close and how we attacked them with speed and straightforwardness. But no match is like the other.”

Besides Coutinho and Neymar, Brazil also has injury concerns with Casemiro, Fabinho and Rodrigo Caio. Another defender, Eder Militao, is out with COVID-19.

“When you have a team that is playing many matches together and then you lose some parts there could be a lack of balance,” Brazil defender Thiago Silva said. “But that is no excuse, we have to show our mindset to prove our value, prove why we play for Brazil.”

However, striker Gabriel Jesus and goalkeeper Alisson, who missed the first two qualifiers because of injuries, will return.

Venezuela has lost both of its qualifying matches so far.

Uruguay isn't alone with injuries ahead of its match against Colombia.

Besides Valverde, who has a right leg injury, Uruguay goalkeeper Martín Silva, defender Sebastián Coates and striker Maxi Gómez are also out.

But Colombia is facing its own problems ahead of Friday's match in Barranquilla. Radamel Falcao has a right leg injury, defenders Santiago Arias and Stefan Medina are out, and forward Rafael Santos Borré has COVID-19.

Added to that, defender Dávison Sánchez will miss the match because his wife is about to give birth.

Goalkeeper David Ospina, however, will be back. Ospina missed the first two World Cup qualifying matches because of health protocols.

“This is a critical match,” Colombia coach Carlos Queiroz said. “We need to know we will face a great team, with a lot of experience, one of the best in the world.”