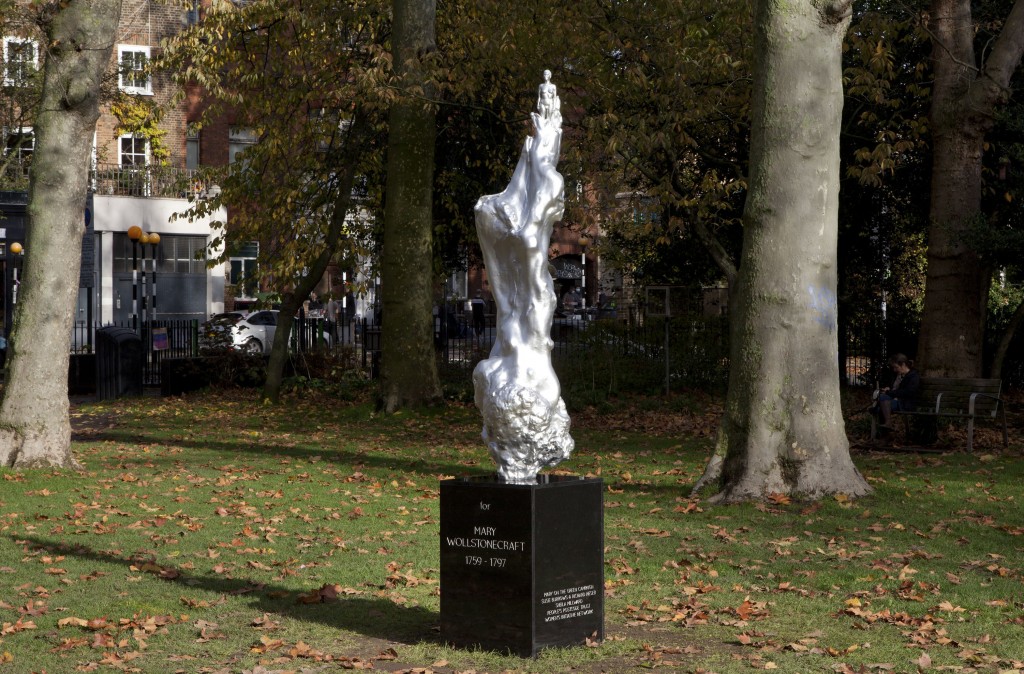 LONDON (AP) — A sculpture celebrating Mary Wollstonecraft as the mother of feminism has attracted criticism even before it was unveiled.

Artist Maggi Hambling said the sculpture in London “celebrates the spirit of Mary Wollstonecraft,” the author of the 18th-century treatise “A Vindication of the Rights of Woman.” The artwork, cast in silvered bronze, features a small nude female figure emerging from a large abstract mass of female forms.

The sculpture was unveiled Tuesday after a decade of campaigning and fundraising, but many critics took to Twitter to question why it had to feature a naked female figure. Writer Caitlin Moran, among others, asked why male intellectuals and historical figures haven't been celebrated with nude statues.

Defending the sculpture, Hambling said that it wasn't meant to be a “historical likeness" and that the figure at the top of the artwork "is open and challenging the world.”

“Clothes define people … As she’s Everywoman, I’m not defining her in any particular clothes,” she said. “It’s not a conventional heroic or heroinic likeness of Mary Wollstonecraft. It’s a sculpture about now, in her spirit.”

Campaigners have worked for years to celebrate Wollstonecraft in north London, near where she lived and set up a girls’ boarding school. The author died aged 38 after the birth of her daughter, the writer Mary Shelley.