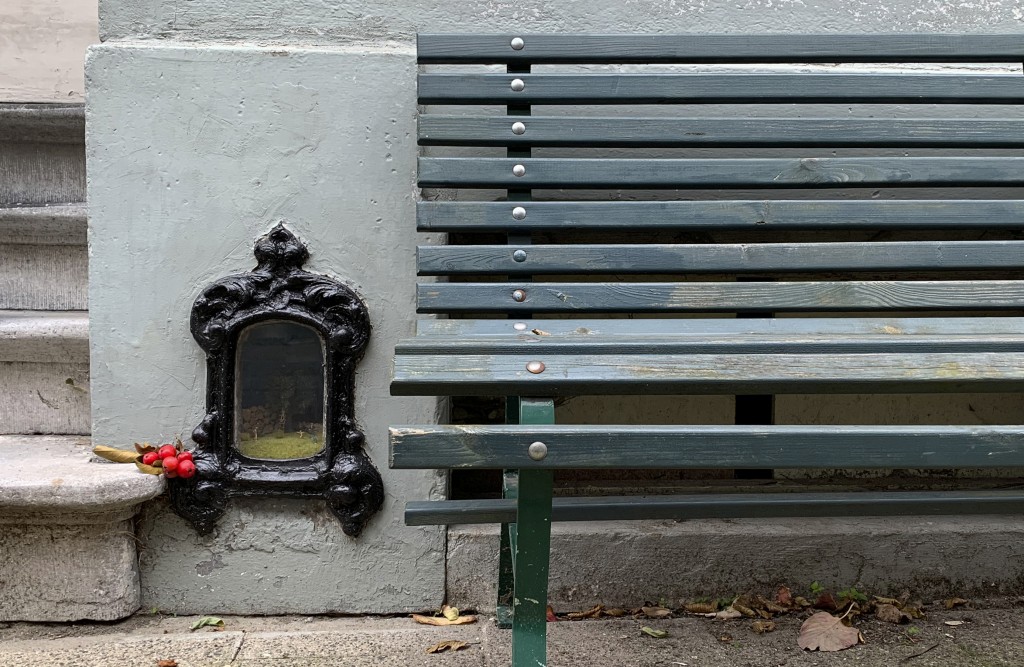 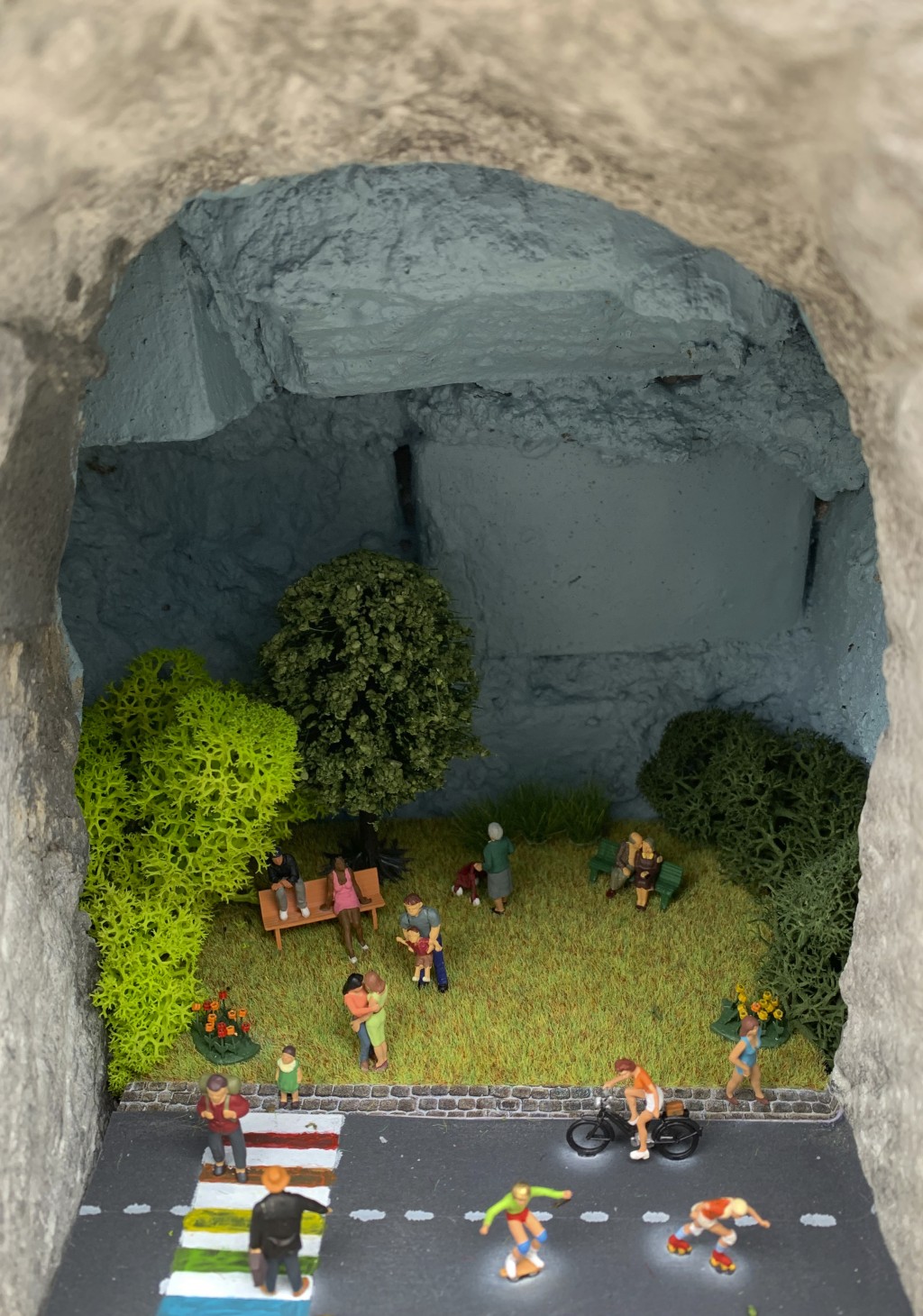 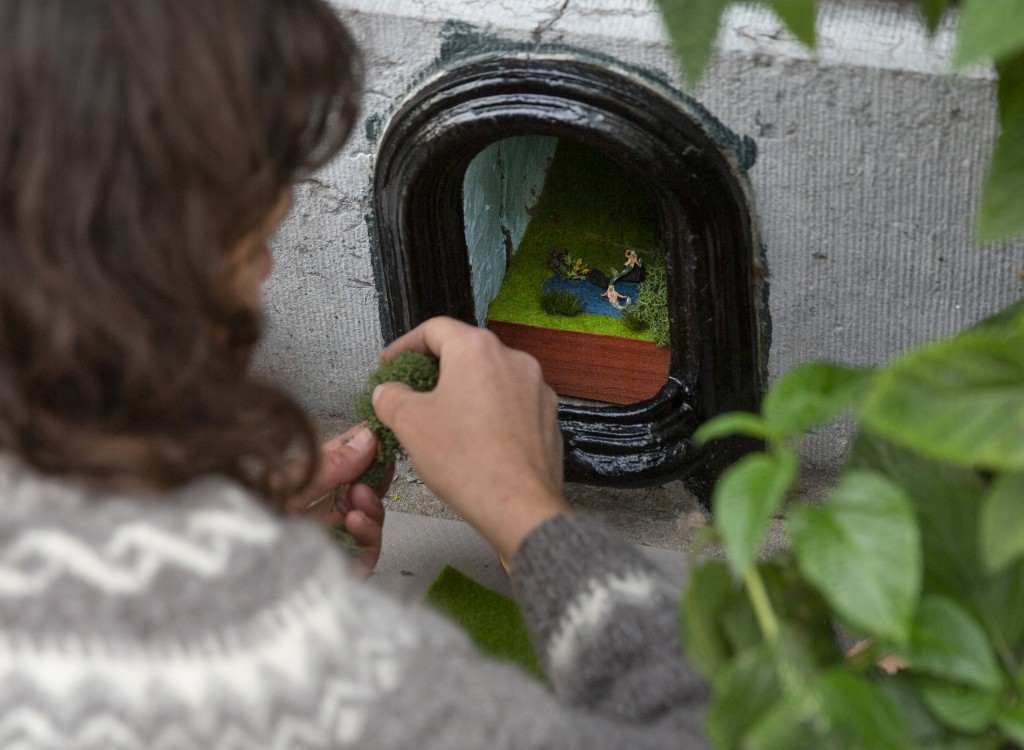 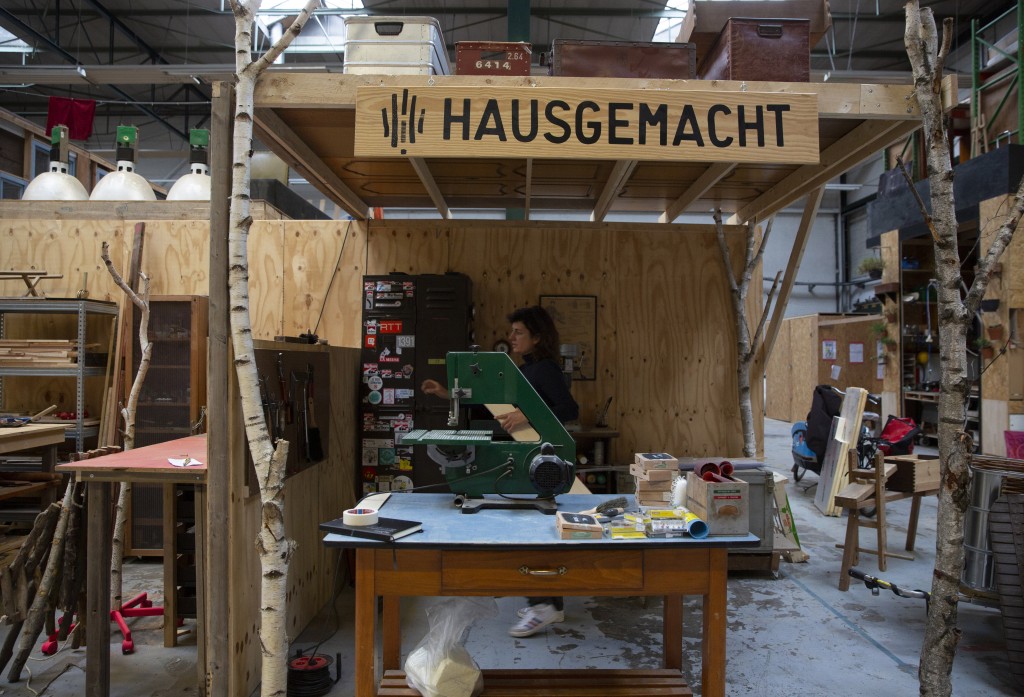 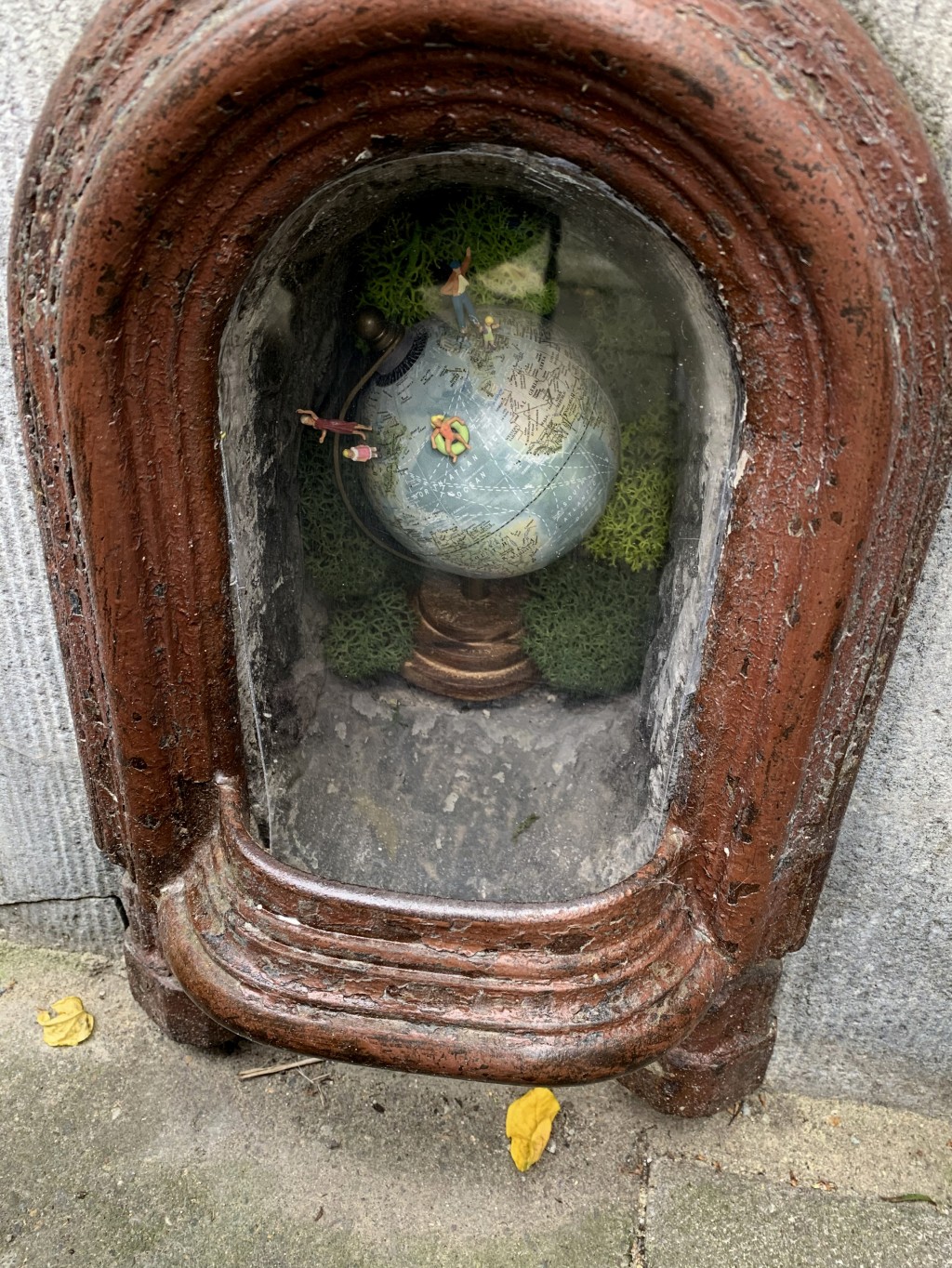 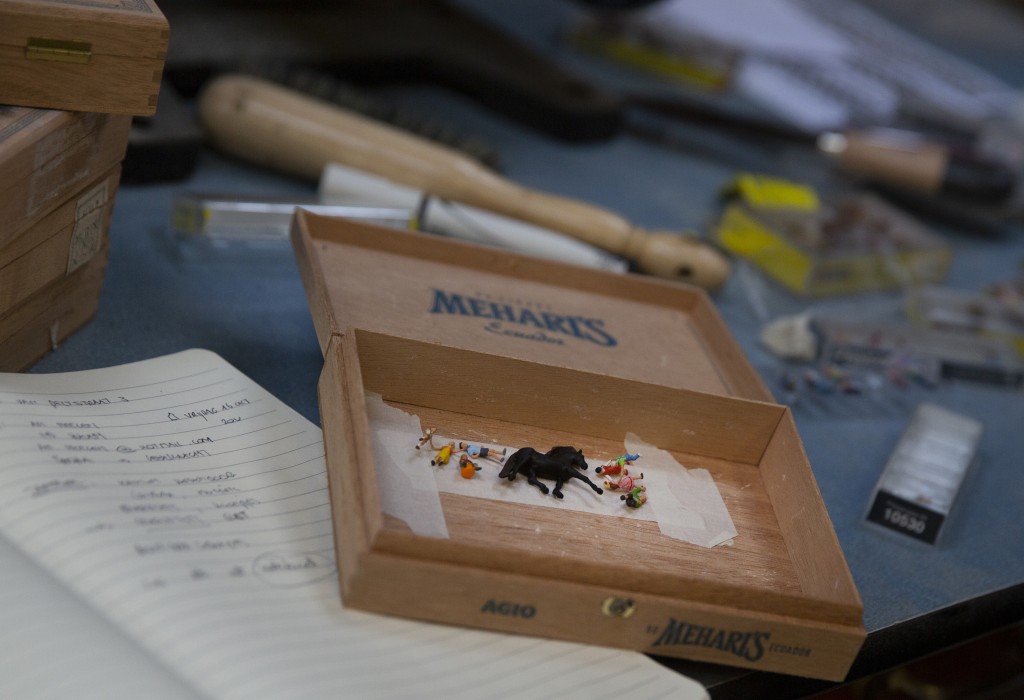 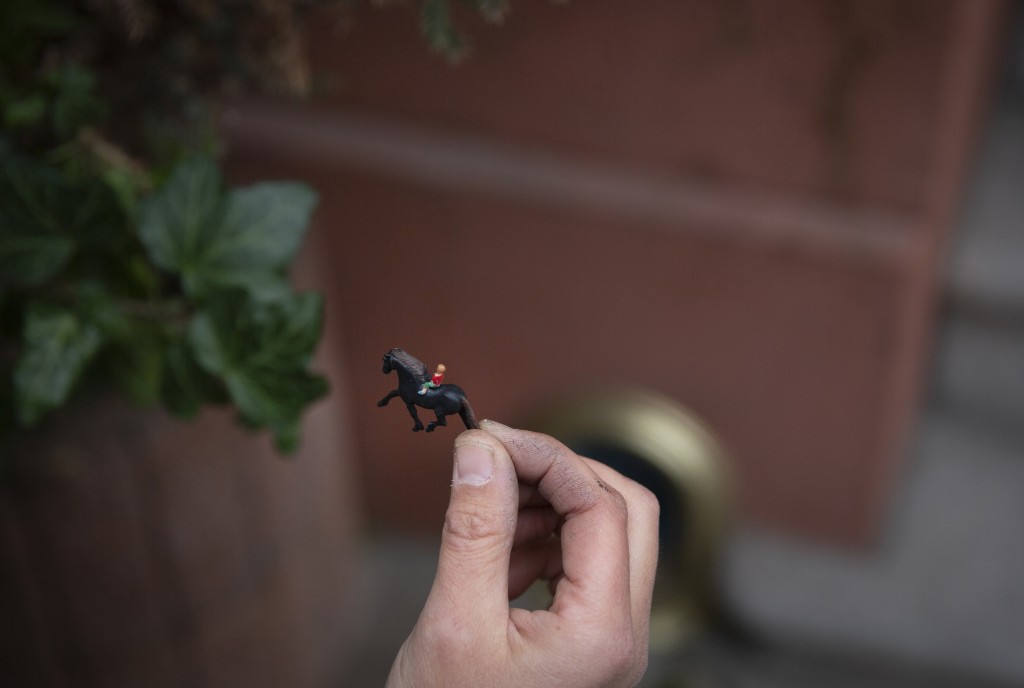 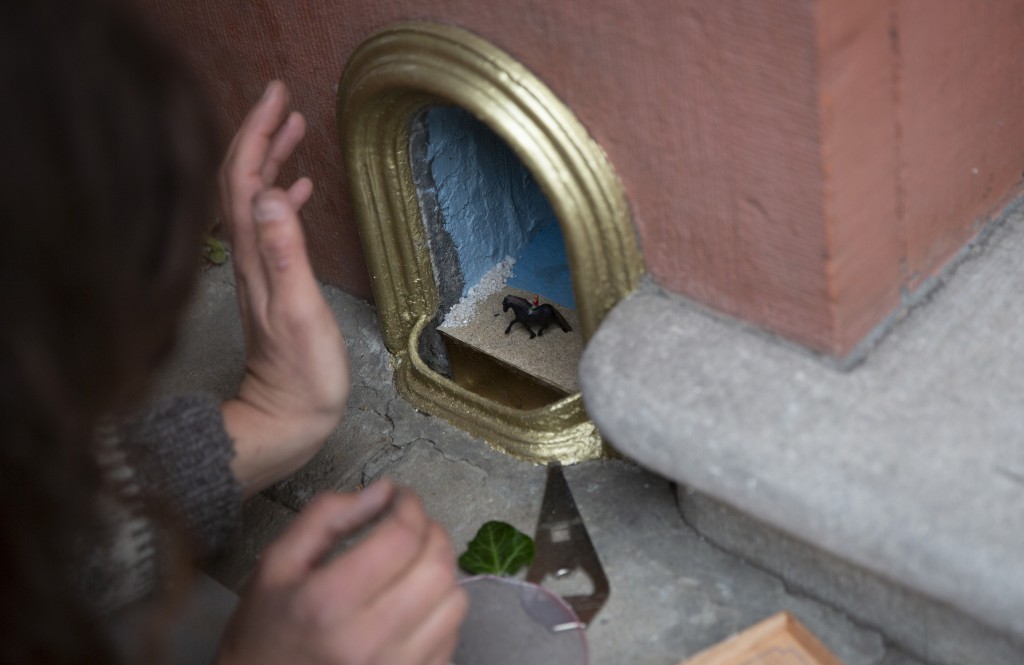 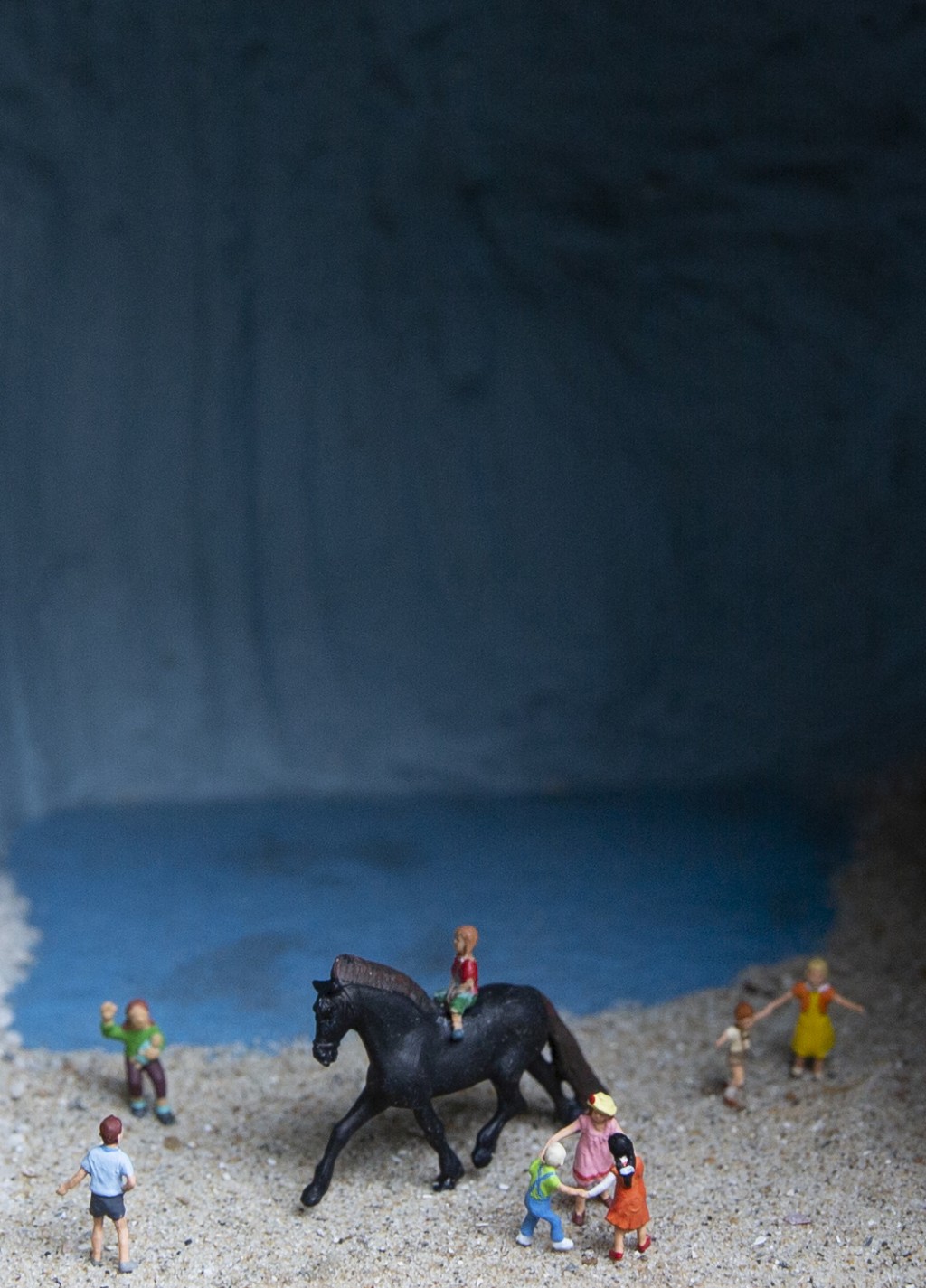 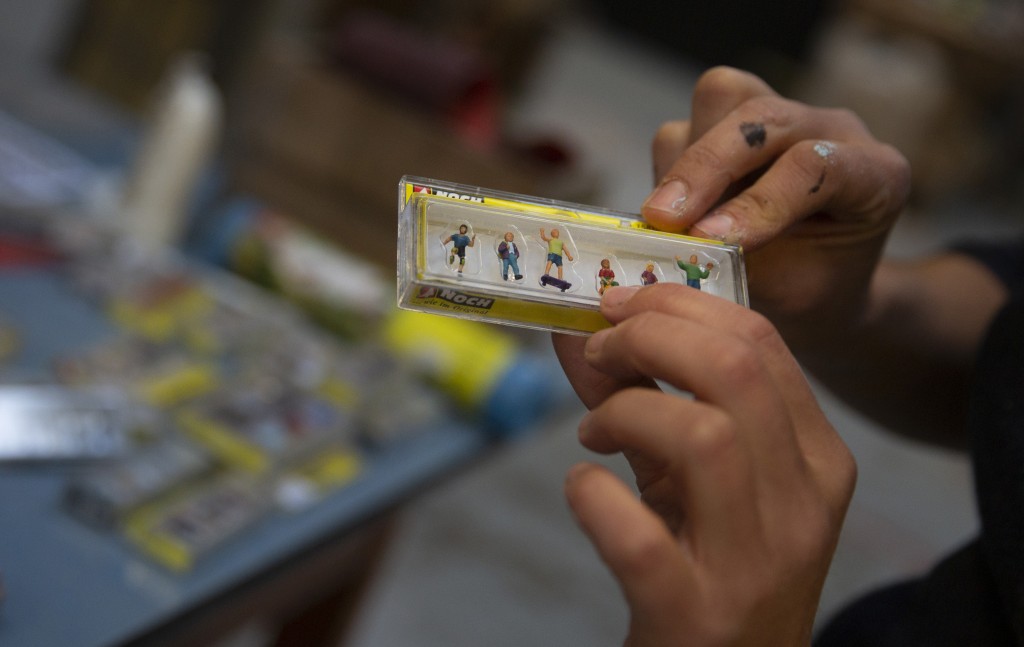 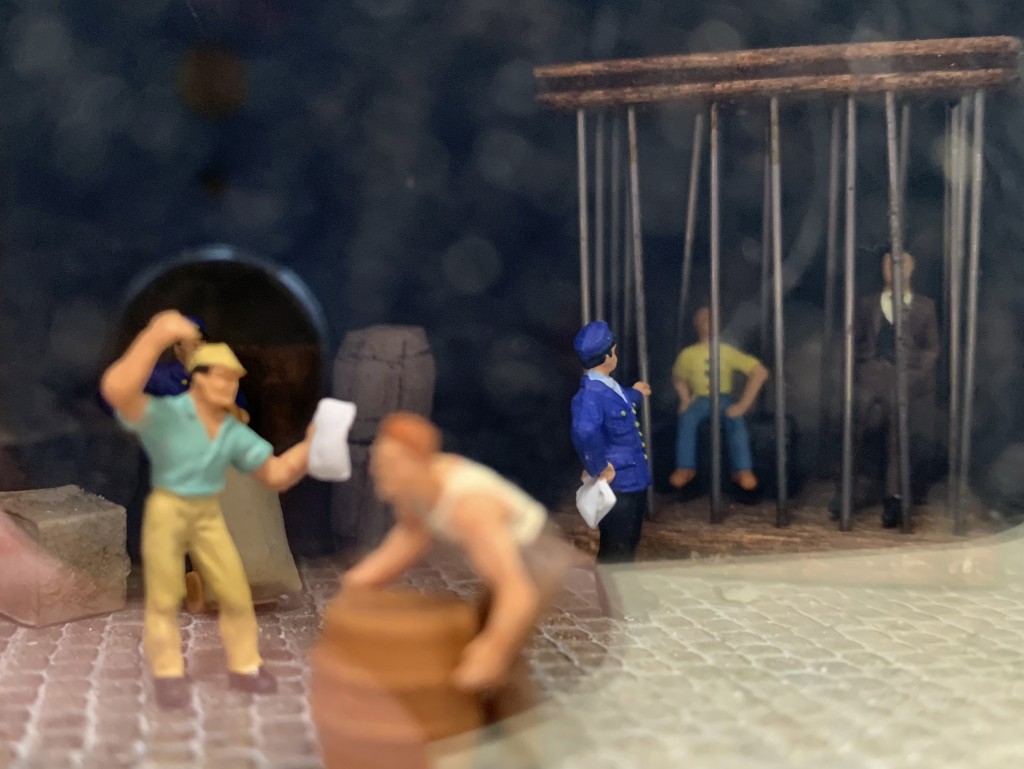 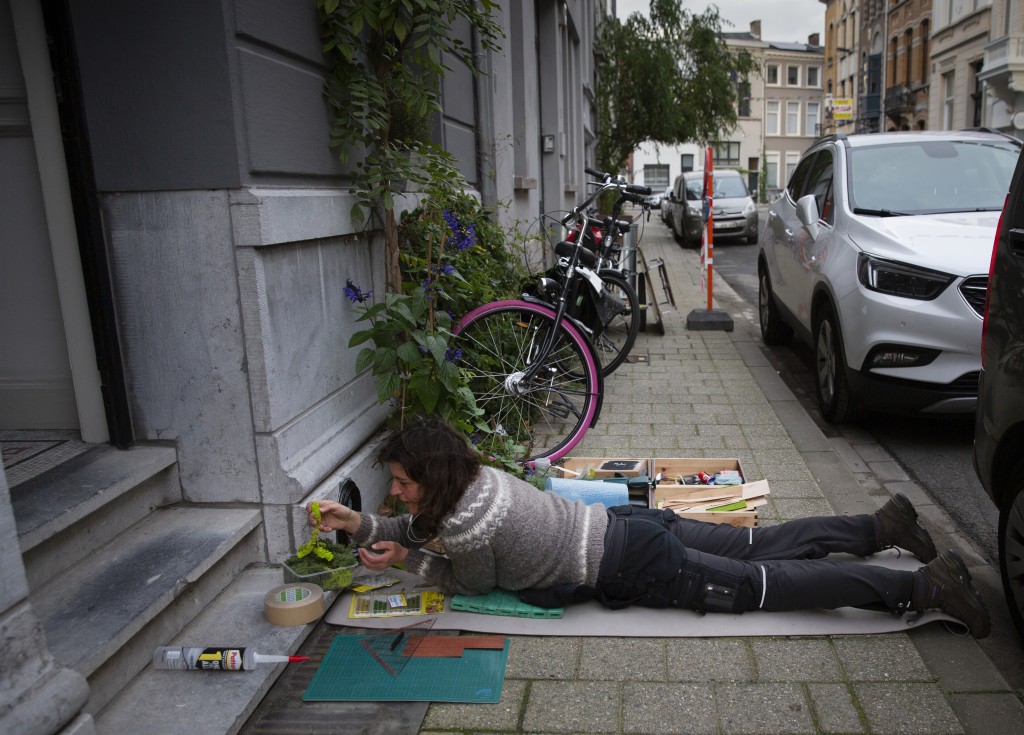 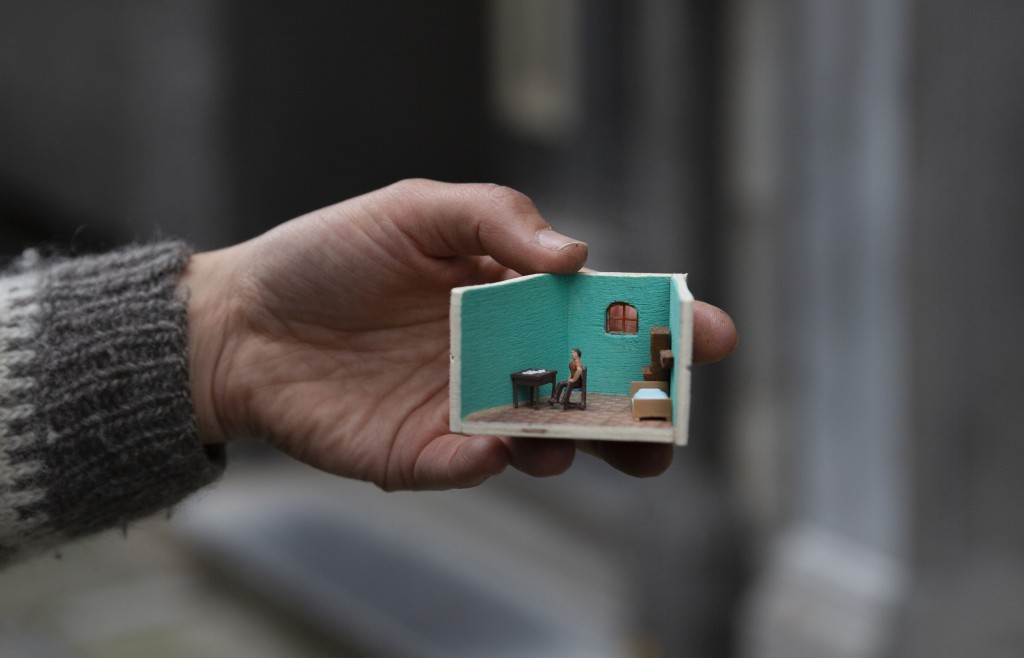 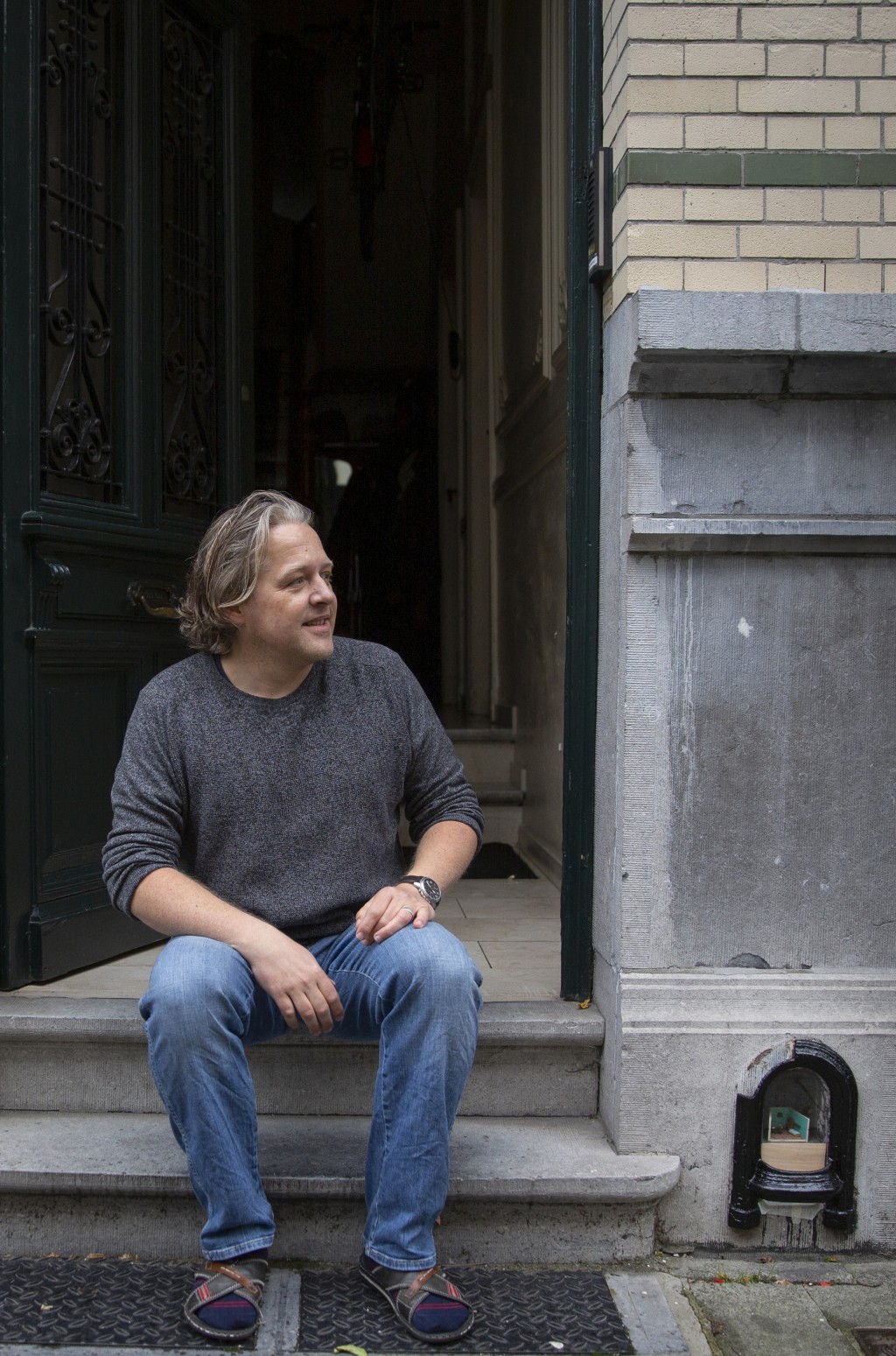 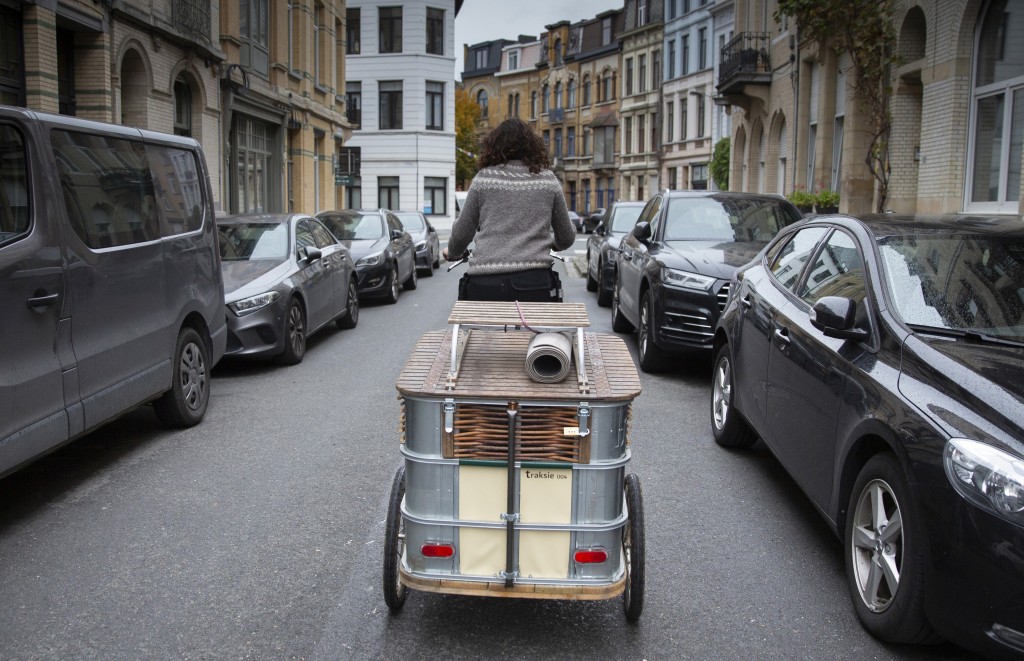 ANTWERP, Belgium (AP) — Life can feel smaller, even tiny during the coronavirus pandemic as public health restrictions limit social contacts to a bare minimum. But Belgian artist Elke Lemmens has found a way to build connections during the ongoing crisis.

She is using her artistic skills and a community-building grant from the city of Antwerp to bring ordinary lives — and extraordinary stories — out into the open by giving disused boot-scrapers a second act. Lemmens will use the grant to install at least 50 miniature scenes in the old niches outside homes that families once used to clean off their shoes.

These dusty architectural remnants of an age when muddy roads and the absence of sidewalks made rubbing one's footwear over metal a prerequisite for going indoors blend into cityscapes from Europe to the United States, failing to attract notice since doormats replaced them.

“So many people have so many stories behind their doors," Lemmens said as she uses tweezers to move miniature figures into cigar boxes. “Every one of these stories fits into one of these wooden cigar cases, and then I write the names of the (property) owners in chalk on the front."

She plans to put her creations in various neighborhoods around Antwerp. One boot-scraper depicts the prison cell of Belgian writer Roger van de Velde, who was held in a psychiatric prison because of a painkiller addiction. On a short street not far away, another ground-level scene conveys a message of diversity with people walking across a rainbow crosswalk.

Another household's scraper compartment shows people standing on a globe. Lemmens made it for a family that enjoys traveling and has relatives around the world.

“Finding the figures is sometimes difficult” the artist said. “There are not a lot of models of people of color or people in different religious dress and other things. I often need to paint these myself.”

Other niches hold stories that are deeply personal.

Down a residential street lined with colorful houses, a white door has a message scratched onto it: “Here lived and played Tia — April 11, 2006-September 12, 2015.”

“This boot scraper scene is for this 9-year-old girl who used to sit on the doorstep,” Lemmens explained. “She unfortunately died in 2015. When I spoke with Tia’s mother, she mentioned that her daughter never stopped dreaming of another world. Her dream was to ride a horse on a beach. So, I created this scene in her boot scraper with the little girl riding a horse on the seaside surrounded by other children. The story was an inspiration to me that this little girl had the freedom in her mind to create her own ideal world.”

Creating in miniature is something Lemmens has done since childhood.

“I always played with Lego. I would put together a bakery, but then mold the croissants and breads and cakes out of clay myself and paint them different colors,” she said. “Then I started making things out of balsa wood because it’s easy to carve. My dad is a hobby carpenter, so I guess the influence always made me feel handy.”

The boot scraper project is certain to arouse curiosity during the months ahead in Antwerp, where a partial lockdown has residents not venturing far from home and keeping their distance from others. For some, a simple evening walk can feel like an adventure.

“Soon, there will be a walking map so people can find these boot scraper scenes,” Lemmens said.