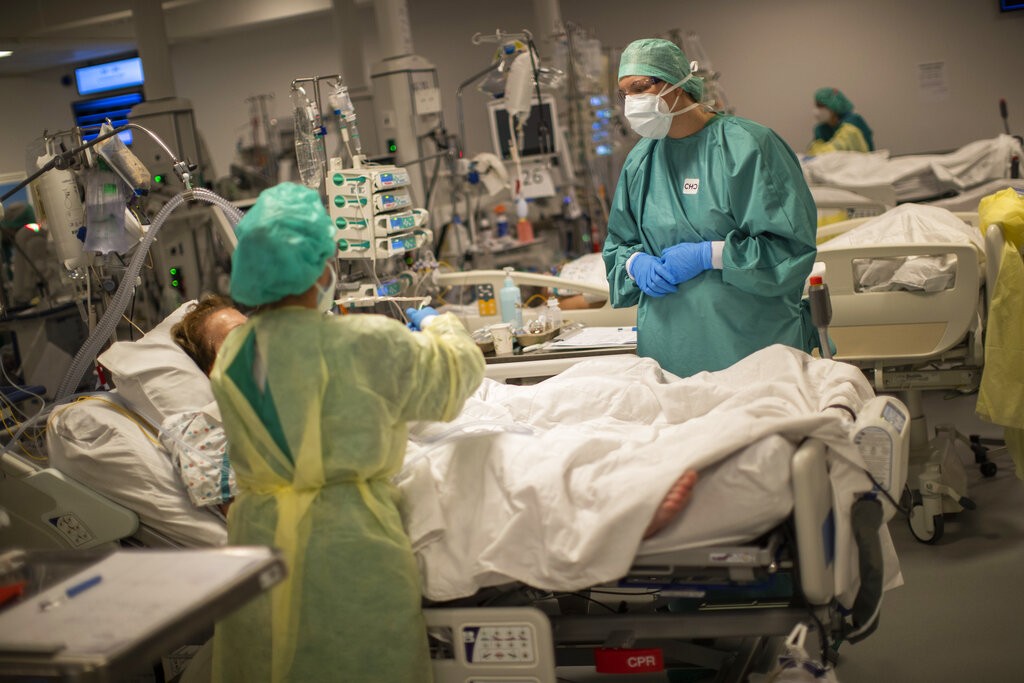 During his weekly press conference Wednesday afternoon, Minister of Health and Welfare and CECC head Chen Shih-chung (陳時中) announced four imported coronavirus cases, raising the total number of confirmed cases in Taiwan to 585. The latest cases include three Indonesians and one Belgian.

Cases No. 582, 584, and 585 are Indonesian women who range in age from their 20s to their 40s and came to Taiwan for work. All three were asymptomatic when they arrived in Taiwan on Oct. 28 and were transported directly to a quarantine center.

Prior to the end of their quarantine, they were tested for the coronavirus on Nov. 9. The three were diagnosed with COVID-19 on Nov. 11 and were placed in a hospital isolation ward.

As the three have been asymptomatic throughout their stay in Taiwan and did not come in contact with any other persons during their quarantine, Chen said that there was no need to carry out contact tracing.

According to Chen, Case No. 583 is a Belgian man in his 30s who was invited by a Taiwanese company to come to the country to engage in business-related activities. On Oct. 24, he flew from Belgium to the Netherlands and then to Taiwan.

When he arrived in Taiwan on Oct. 25, he did not report any symptoms of the virus and went directly to an epidemic prevention hotel to begin his quarantine. He had received a negative test result for the coronavirus within three days before boarding his flight.

While still undergoing quarantine on Oct. 31, the man began to lose his sense of smell and taste. However, as the symptoms improved the next day, he did not seek medical attention or notify authorities.

After his quarantine expired on Nov. 9, he went to other lodgings to begin self-health monitoring. At the request of the Taiwanese company that invited him, he went to a hospital to undergo a test for the disease on Nov. 10, at his own expense.

On Nov. 11, he was diagnosed with COVID-19. He is currently staying in a hospital isolation ward. After commencing contact tracing, the health department has thus far identified two persons who came in contact with Case No. 583.

The two contacts were staff at the hotel where he was undergoing self-health monitoring. Both have been told to begin home isolation.

The health department stated that it will further investigate the man's movements to determine if he had engaged in any other activities after the end of his quarantine and before hospitalization to identify any other possible contacts.

The CECC on Wednesday did not announce any new reports of people with suspected symptoms. Since the outbreak began, Taiwan has carried out 104,627 COVID-19 tests, with 103,099 coming back negative.

Out of the 584 officially confirmed cases, 492 were imported, 55 were local, 36 came from the Navy's "Goodwill Fleet," one is an unresolved case, and one (Case No. 530) was removed as a confirmed case. Up until now, seven individuals have succumbed to the disease, while 528 have been released from hospital isolation, leaving 49 patients still undergoing treatment in Taiwan.