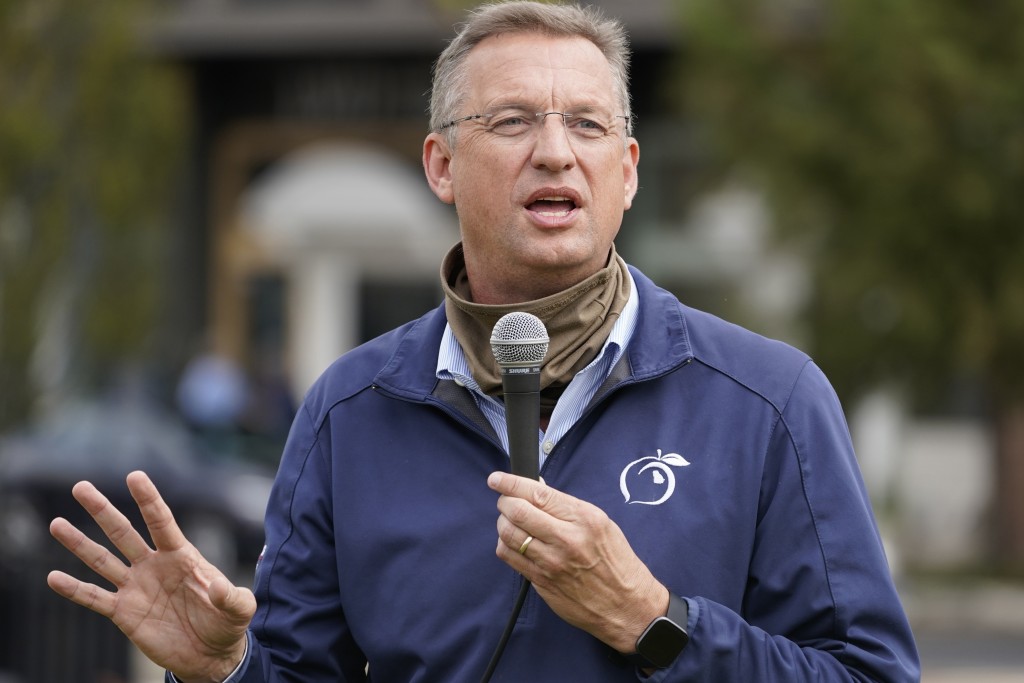 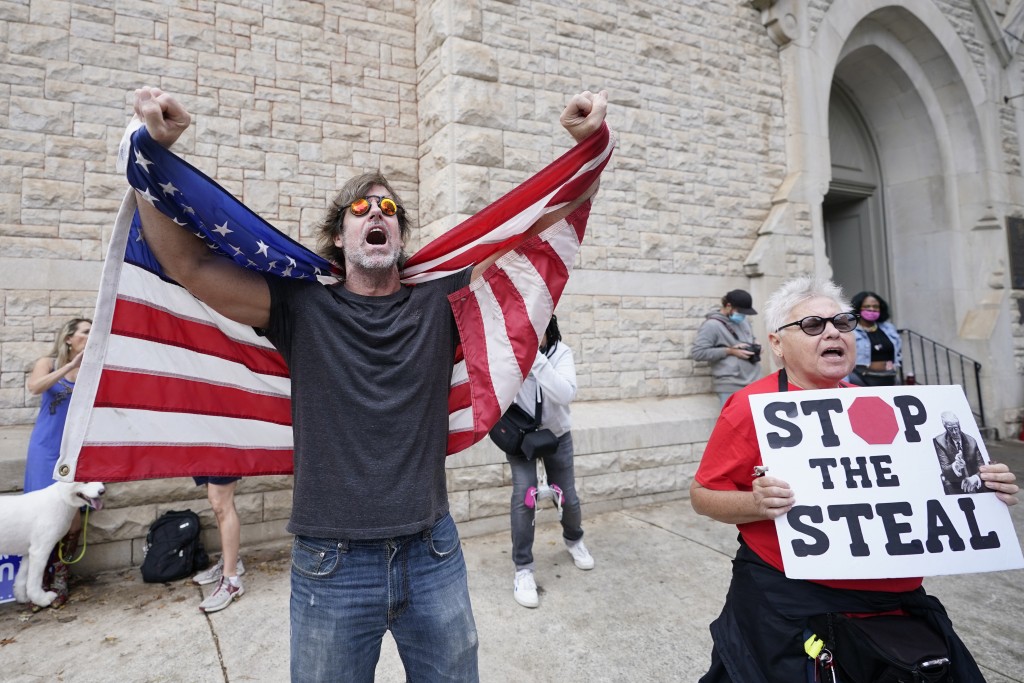 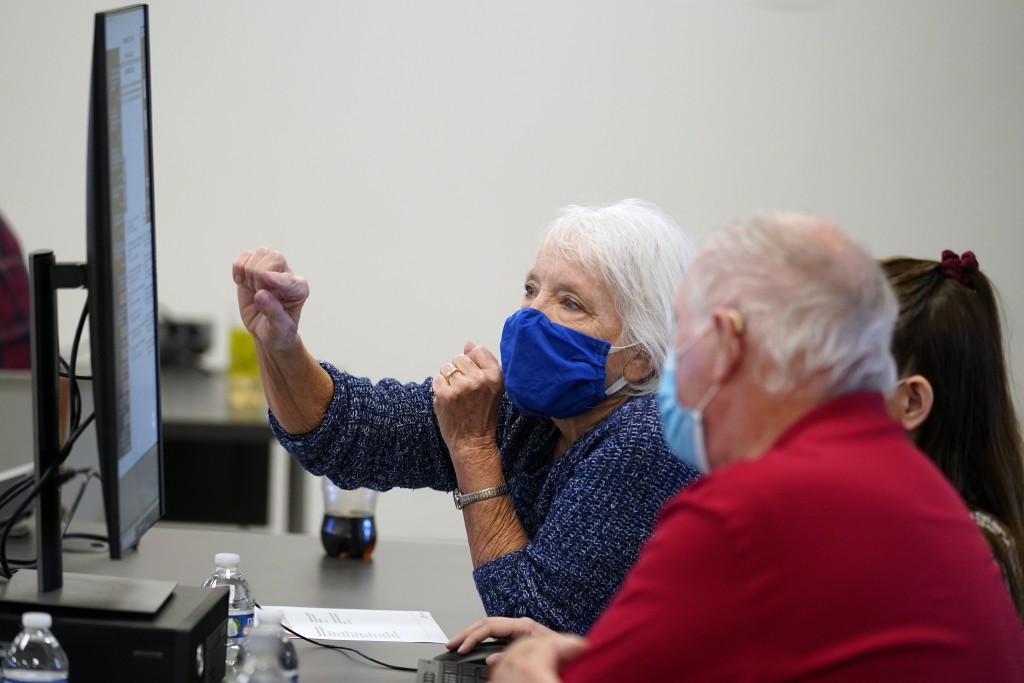 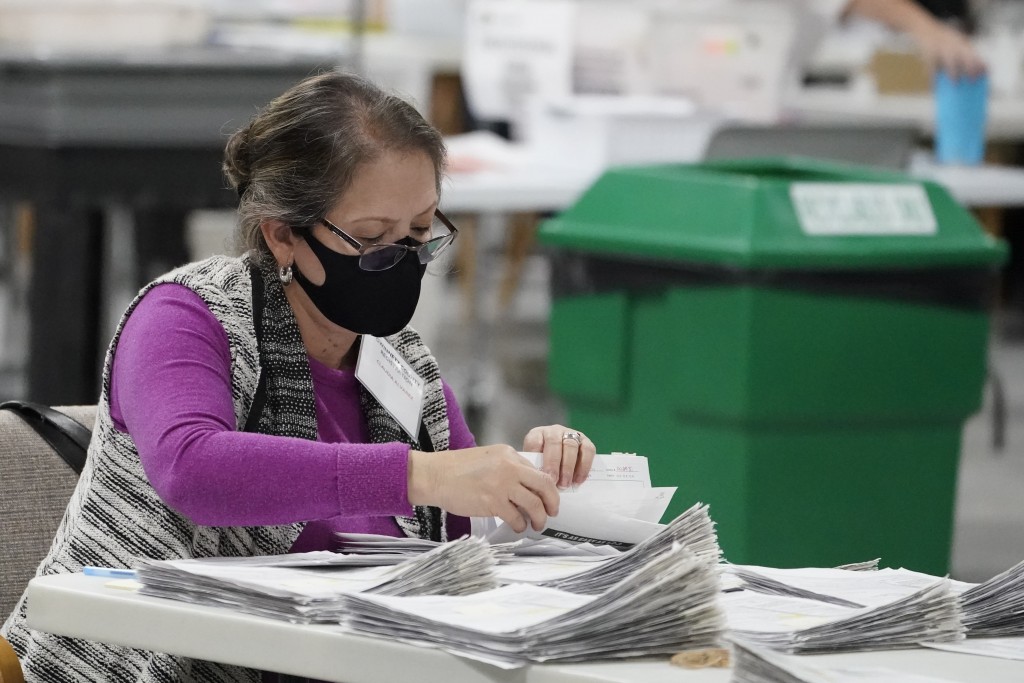 The move comes a day after Republican U.S. Sens. David Perdue and Kelly Loeffler called for Raffensperger's resignation, claiming he ran the election poorly but citing no specific incidents of wrongdoing. Perdue will face Democrat Jon Ossoff and Loeffler will face Democrat Raphael Warnock in Jan. 5 runoffs that are likely to determine which party controls the U.S. Senate.

Raffensperger has refused to step down and defended how his office conducted the election. His office has refuted a number of claims made by Trump supporters.

“The process of reporting results has been orderly and followed the law,” Raffensperger said in a Monday statement. “Where there have been specific allegations of illegal voting, my office has dispatched investigators.”

The Associated Press called the nationwide presidential race for Biden on Saturday but has not called a winner in the contest for Georgia's 16 electoral votes.

There’s a chance Trump will get a hand recount. The state must audit one race before certifying results to ensure Georgia’s new voting machinery accurately tabulated ballots. Raffensperger is set to announce Wednesday afternoon which race will be audited. If he chooses the presidential race, the sample size required to provide statistical evidence that the outcome is correct would effectively require counting every vote cast, he said Tuesday during a videoconference of a state election task force.

No matter which race is audited, Trump could demand a recount after results are certified if the margin is within 0.5% of all ballots cast, as it currently is. But it would be a machine recount with ballots run through scanners in county election offices, the secretary of state's office has said.

Collins and Shafer also requested that election officials recanvass the results for Perdue’s Senate seat and a state Public Service Commission seat held by Lauren “Bubba” McDonald. The AP called a runoff in Perdue's race and hasn't made a call yet in McDonald's race, where the Republican leads but is short of reaching a majority of votes, as required by Georgia law.

Additionally, Collins and Shafer asked Raffensperger to verify the validity of signatures on 1.4 million mailed-in ballots and confirm the ballots include the proper notations, check in-person and mail-in ballots to make sure no one cast one of each, check that no one who’s not eligible was able to vote and trace the ballots' chain of custody to confirm that they were legally cast.

There is no evidence of widespread fraud in the 2020 election. In fact, election officials from both political parties have stated publicly that the election went well and international observers confirmed there were no serious irregularities.

The issues Trump’s campaign and its allies have pointed to are typical in every election: problems with signatures, as well as the potential for a small number of ballots miscast or lost. With Biden leading Trump by wide margins in key states, none of those issues would affect the election's outcome.

Trump’s campaign has also complained that their poll watchers were unable to scrutinize the voting process, including in Georgia's Fulton County. Many legal challenges based on those complaints have been tossed out by judges, some within hours of filing. None of the complaints show any evidence that the election's outcome was affected.

Cathy Cox, dean of Mercer University law school and a former Georgia secretary of state, said the election law places the burden of proof on Trump and his allies to show evidence of vote fraud.

“All I’ve heard is noise and innuendo, rumor and gossip,” said Cox, a Democrat who served as Georgia’s top elections official from 1999 until 2007. “Just throwing junk at the wall to see if somebody will buy it.”