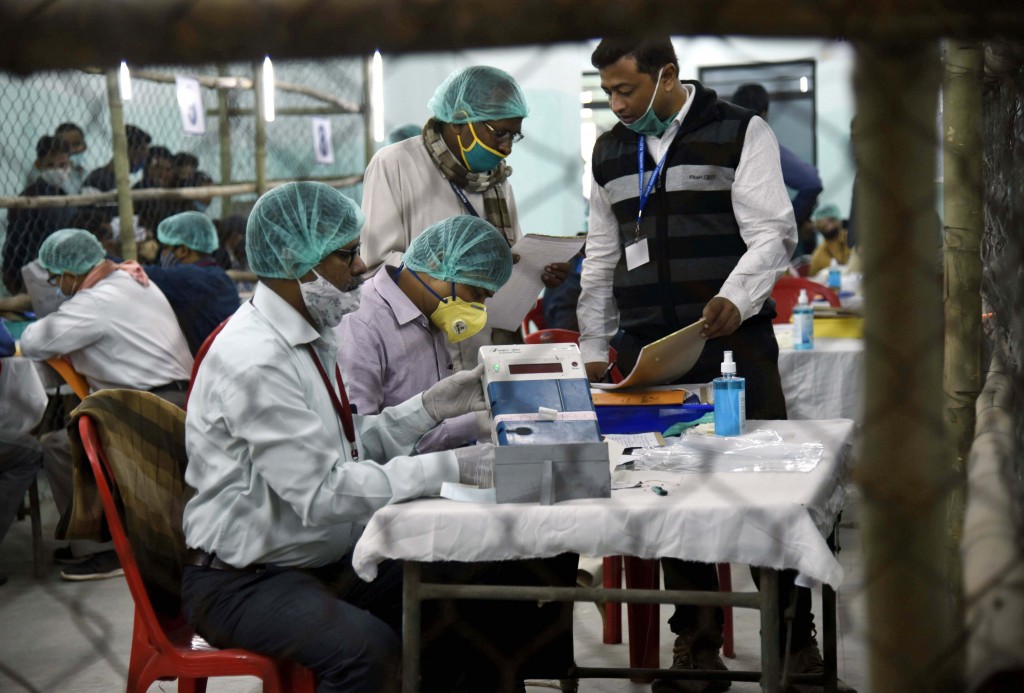 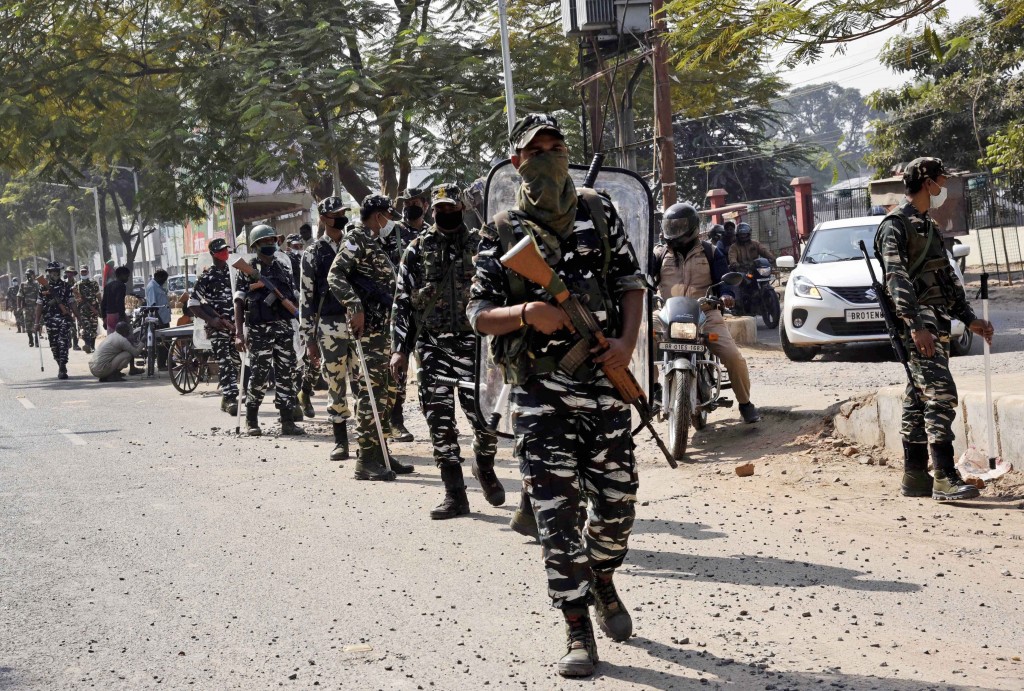 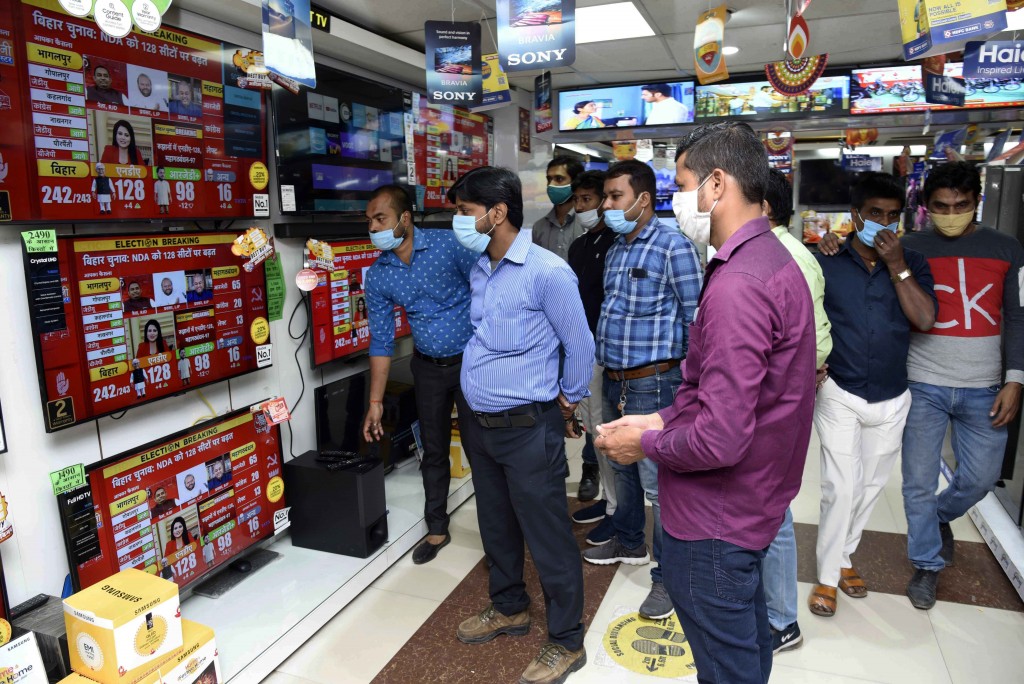 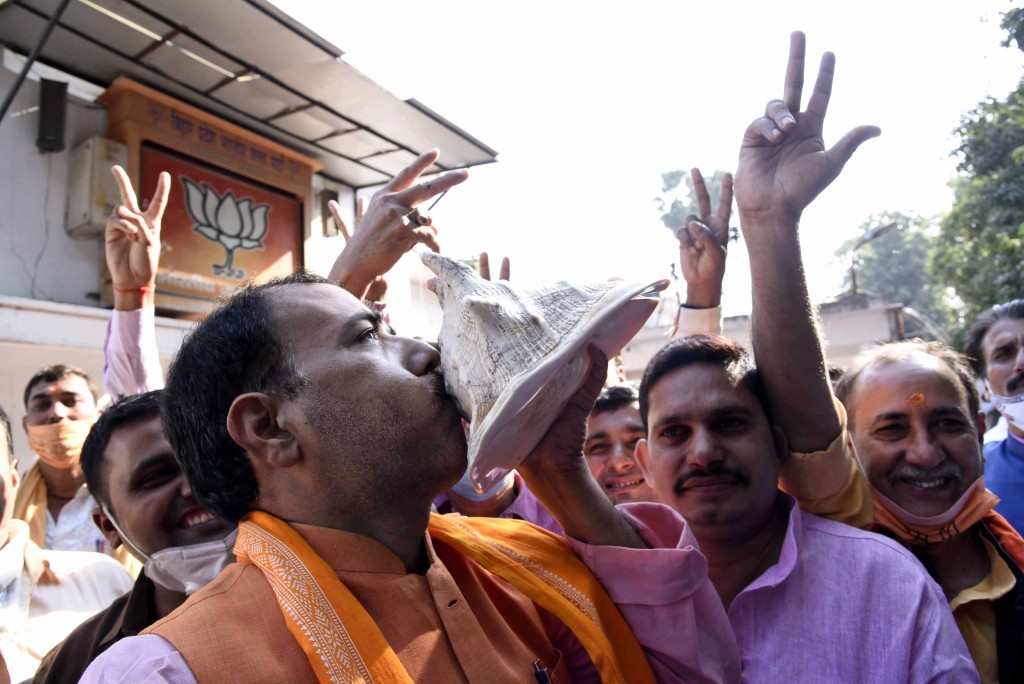 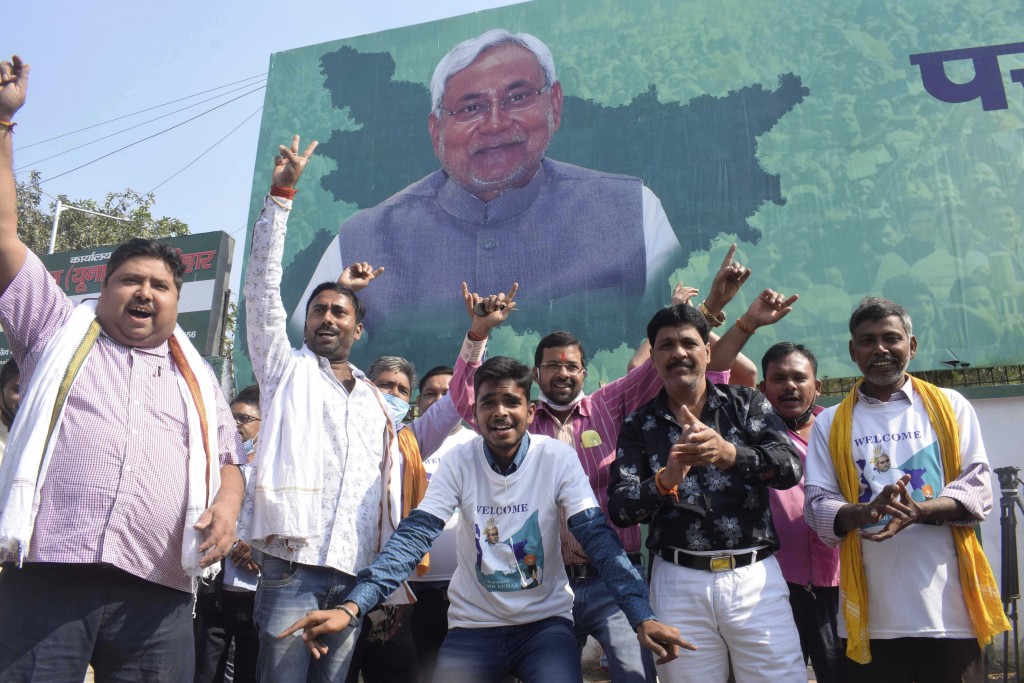 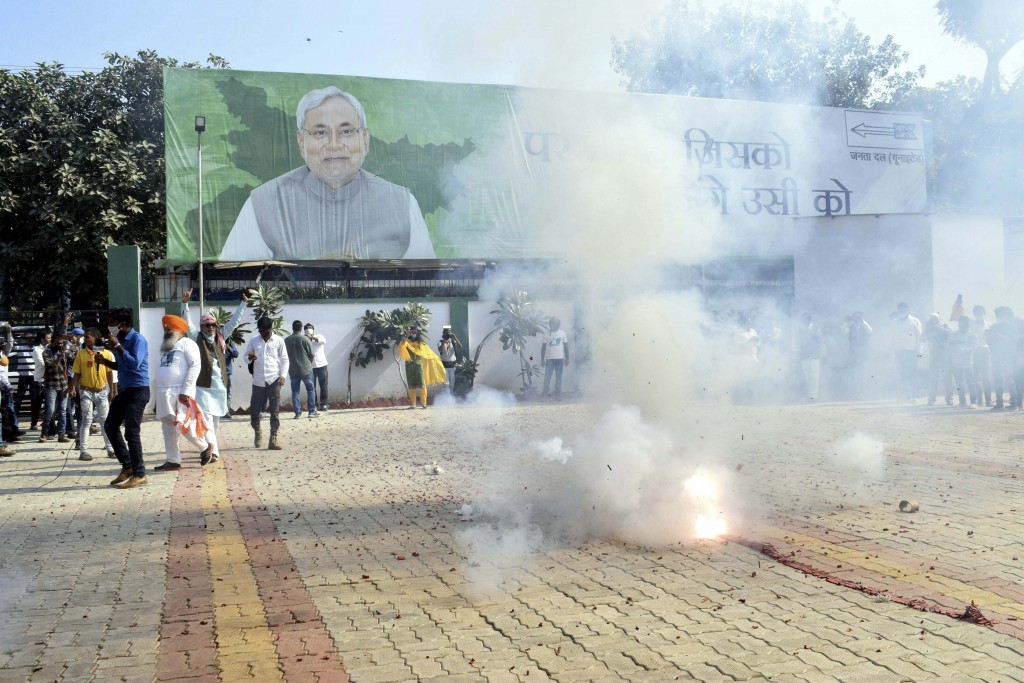 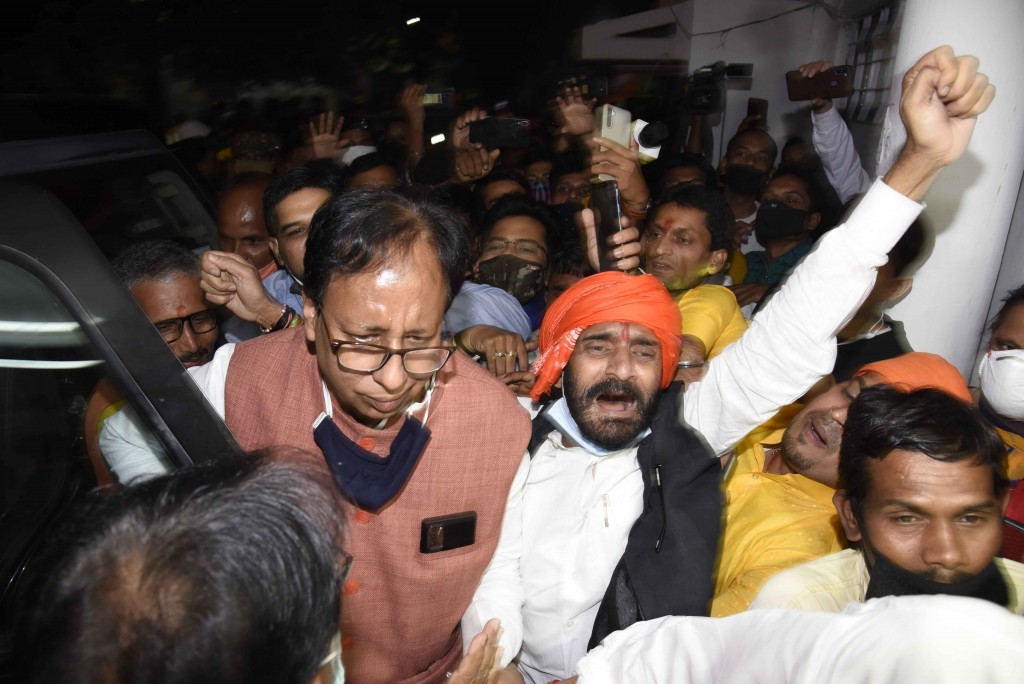 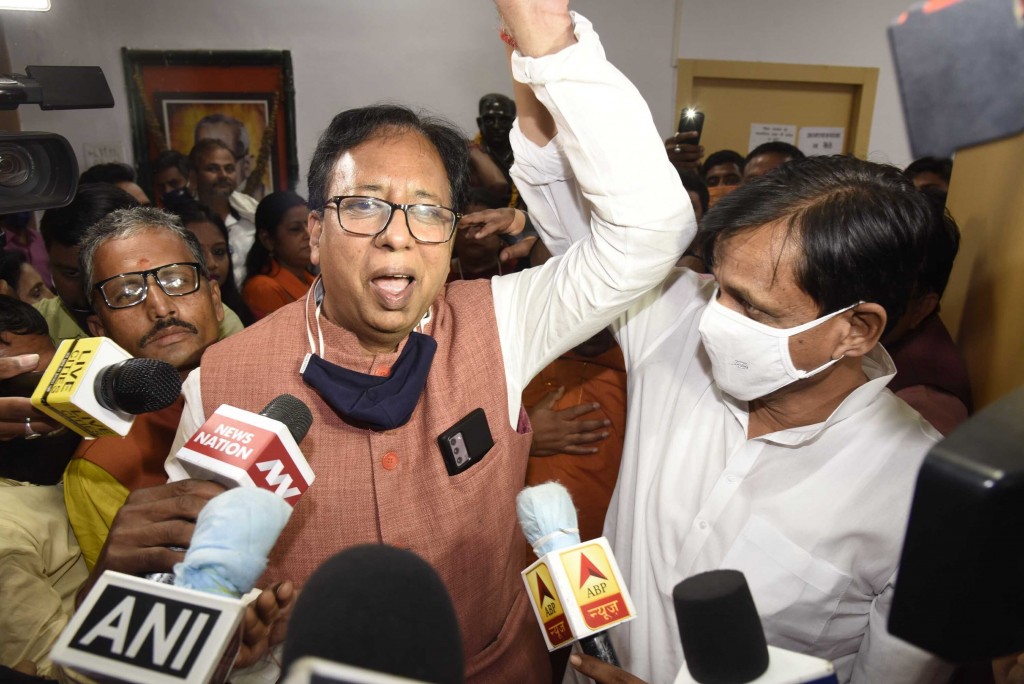 PATNA, India (AP) — India’s ruling party and its allies on Tuesday appeared to be winning a key state election seen as a barometer of Prime Minister Narendra Modi government’s handling of the coronavirus outbreak and negative economic fallout caused by the pandemic.

The election for control of Bihar, India’s second-most populous state and one of its poorest, is seen as a referendum on Modi’s popularity. His opponents have criticized what they call his government's inept handling of the pandemic, which has led to more than 127,000 death so far nationwide. Bihar is India’s key electoral battleground, where Modi’s party and his alliance partner are pitted against the resurgent Rashtriya Janata Dal party, led by a 31-year-old Tejashwi Yadav.

The young leader campaigned in an alliance with the Indian National Congress, the country's main opposition party, and some left-leaning parties. The alliance made employment for youth its main election promise in the state where the unemployment rate is nearly double that of the national average.

Modi’s party and his allies focused on nationalistic policies. To win votes, the coalition leaders often evoked the erosion of Muslim-majority Kashmir's semi-autonomy last summer, the recent placement of a ceremonial cornerstone for a temple in central India on the site of a mosque that was destroyed by Hindu rioters decades ago and the ongoing border clash with China in mountainous Ladakh.

Yadav’s coalition was initially seen as a longshot effort. But the party drew attention as pollsters predicted a wave of an anti-incumbency against the current government amid a pandemic that has led to at least 1,000 deaths and 220,000 cases of coronavirus in the state so far.

The polls were also seen as a gauge for Modi’s popularity, whose second term has been marked by a shrinking economy, widening social strife, numerous protests against discriminatory laws and the government reaction to the pandemic.

India’s tally of confirmed cases — the second largest in the world behind the United States — stands at more than 8.5 million.

Over the past two years, Modi’s party has lost six state elections and gained power only in two. Despite the party’s sweeping victory to a second term in office in May 2019, the Bharatiya Janata Party suffered a major setback when it lost two key coalition partners in northern Punjab and western Maharashtra.

Millions voted in Bihar, where authorities in an effort to halt people from spreading the virus while they voted increased the number of polling stations, extended voting time by one hour at most sites and required sanitization of electronic voting machines .

Political campaigning was initially replaced with virtual rallies, but political parties held rallies that drew tens of thousands of supporters, many not wearing masks.