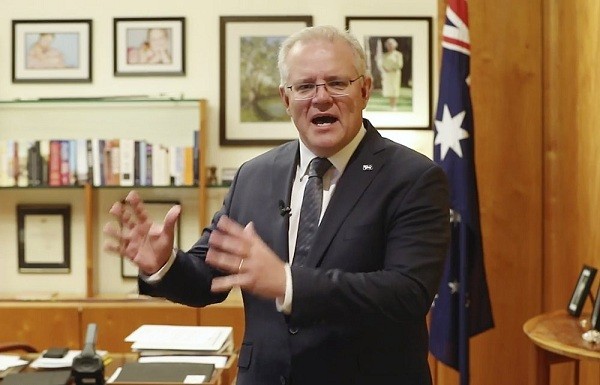 TAIPEI (Taiwan News) — As COVID-19 slows down in Australia, Prime Minister Scott Morrison said that the country is considering opening its borders to Asian countries, including Taiwan, in a bid to revive an economy ravaged by the pandemic.

While the prime minister is not yet willing to let in American or European visitors, he said Australia might decide to allow in those from low-risk countries like Taiwan, Japan, Singapore, and even certain Chinese provinces,” Reuters reported.

Morrison made the statement after the country had gone three days without any local cases of COVID-19. Australia achieved zero confirmed cases on June 9, but a second wave of infections broke out in Victoria, forcing the state government to implement strict lockdowns and curfews on the 5 million residents of Melbourne.

Australia has banned all non-citizens and permanent residents from entering since March, but since Oct. 16, it has allowed people from New Zealand to enter without having to undergo quarantine. New Zealand has pulled off an exemplary showing in its fight against the virus.

The Australian government has also imposed restrictions on domestic travel, which are scheduled to be lifted by the end of the year.